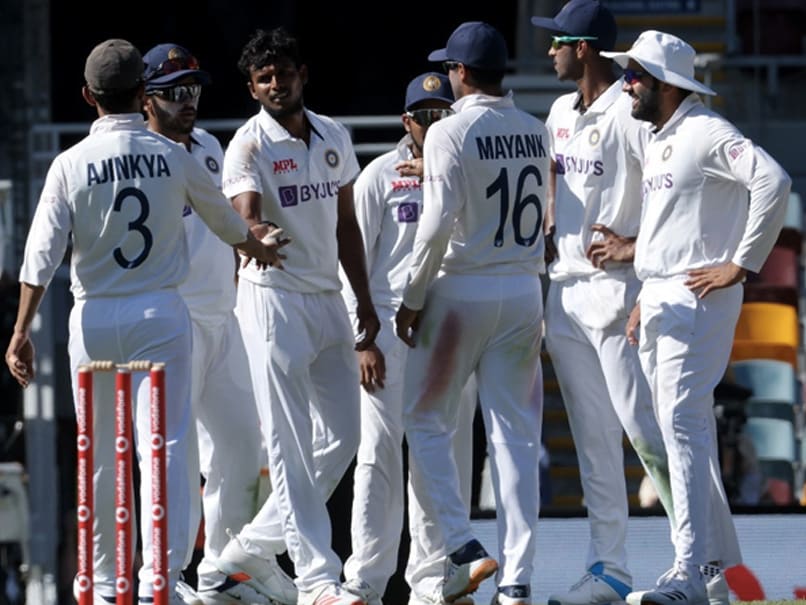 An under-strength India fought back in the final session to leave the fourth Test against Australia evenly poised after the opening day at the Gabba in Brisbane on Friday. Australia finished the first day on 274 for five, with Cameron Green on 28 and Tim Paine alongside him on 38 to put the home side marginally in front on a benign Gabba wicket. With the four-match series locked at 1-1, Australia need to win the final Test to regain the Border-Gavaskar Trophy. They looked certain to be in a much stronger position when they reached 200 for three shortly after tea, with Marnus Labuschagne and Matthew Wade scoring freely.

But they lost Wade (45) to a rash attempted pull shot then Labuschagne for a superb 108 in the space of 13 runs to leave them at 213 for five, before Green and Paine steadied the innings against a tiring attack.

India’s efforts were especially admirable considering they were fielding two debutants in their bowling attack following injuries to Jasprit Bumrah and Ravi Ashwin.

They also lost fast bowler Navdeep Saini to a groin injury midway through the second session.

India started the game as underdogs following the loss of four players from the drawn third Test, which finished on Monday in Sydney.

T. Natarajan and Sundar made their debuts while there were also recalls for batsman Mayank Agarwal and seam bowler Shardul Thakur.

By contrast, Australia only made one change, with Harris coming in for Will Pucovski, who injured his shoulder while fielding in Sydney.

Yet India got away to the perfect start when David Warner fell on the last ball of the first over, edging Siraj to second slip, where Rohit Sharma took a superb catch diving to his right.

Natarajan shared the new ball with Siraj and kept the pressure on with some tight bowling, his opening spell of six overs going for just eight runs.

The pressure eventually told when Thakur, playing just his second Test, struck with his first ball, Harris chipping a simple catch to Sundar at square leg to leave Australia 17 for two.

But Labuschagne and Steve Smith, Australia’s saviours in so many recent matches, once again steadied the rocking ship.

Smith, who roared back to form with a century in Sydney, was impressive but on 36 he clipped a ball to short midwicket to Sharma to give Sundar his first Test scalp.

Australia, now 87 for three, should have lost Labuschagne in the next over when he edged Saini to gully, but the normally reliable Ajinkya Rahane spilled a simple chance.

To make matters worse, Saini appeared to injure his groin in the delivery stride and left the field.

Cheteshwar Pujara grassed a much harder chance when Labuschagne was on 48, but from that moment the Queenslander was in fine form, stroking nine boundaries and two all-run fours on his way to his century.

Siraj was the pick of the Indian attack with 1-51 off 19 testing overs, while Natarajan (2-63) also impressed despite showing signs of fatigue late in the day.