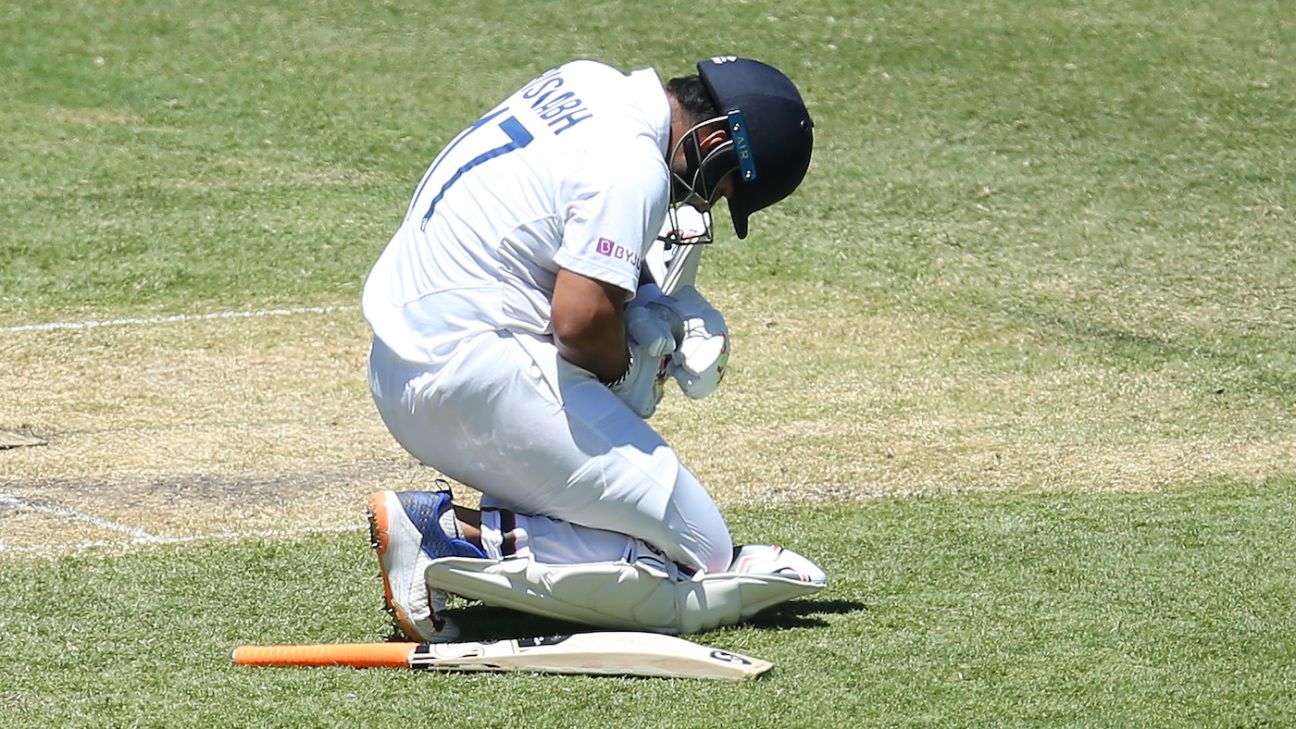 In the last three Tests of the series, India named their XI before Australia, a day before the match. Going into Brisbane, they don’t even know if they will have 11 able bodies. Addressing the pre-match press conference, India’s batting coach Vikram Rathour said, though, that the team was not going to make the selection thinking of rain or preserving someone for the England Test series at home, which starts in the first week of February.

“The injuries are still being monitored,” Rathour said. “Our medical staff is looking into them, they are working with the players. I won’t be in a position to comment exactly how it stands at the moment, we would like to give them as much time as we can. It is only in the morning that you will know which XI will take field.”

As it stands now, from the XI that took field in the last Test, Ravindra Jadeja is definitely ruled out. Hanuma Vihari is highly unlikely to be available. Rishabh Pant showed enough signs of recovery with his second innings in Sydney. Jasprit Bumrah and R Ashwin are doubtful with an abdominal strain and a tweaked back respectively.

If any or more of these players miss out on this Test, India have in the reserves Mayank Agarwal, Prithvi Shaw, Wriddhiman Saha, Kuldeep Yadav, Shardul Thakur and T Natarajan. They could also dip into the net bowlers if needed: Washington Sundar and Kartik Tyagi. Whatever be the composition, Rathour said he still expected the team to do well.

“I don’t believe in momentum,” Rathour said when asked if his team took the momentum with the win-like draw despite all the injuries. “After 36 all out, to come back to win the Melbourne Test, that tells you all about momentum. With or without injuries, the XI that we put on the field will be the best XI. All of them deserve to be there. They all deserve to have that opportunity to play Test cricket. And if they play to their potential, I don’t see any reason why they won’t do well. Whoever plays, all of us believe we can do well.”

There is a forecast of some rain on days two, four and five, but according to Rathour, that will not have any impact on the composition of the side. Nor will the imminent England tour where India will likely be starting without Jadeja.

“You don’t play cricket looking at the weather,” Rathour said. “As far as we are concerned, we are looking for a complete game. And we are going to give our best playing XI this game. We are going to put up our best available team on the park. If boys play to the potential, again we are looking to win this one.”

Added to injuries, India have been stretched further by increased Covid-19 restrictions in their hotel in Brisbane, but Rathour said that shouldn’t come in the way of their performance. “We are playing Australia in Australia against one of the better attacks in the world,” Rathour said. “You don’t need housekeeping or room service to motivate yourself. Of course, these were the concerns, which were passed on to the BCCI, and the BCCI is in touch with Cricket Australia and is trying to deal with all these things. As far as the team is concerned, as far as the team management is concerned, we are focused on the game. All the boys are looking forward to this game.”