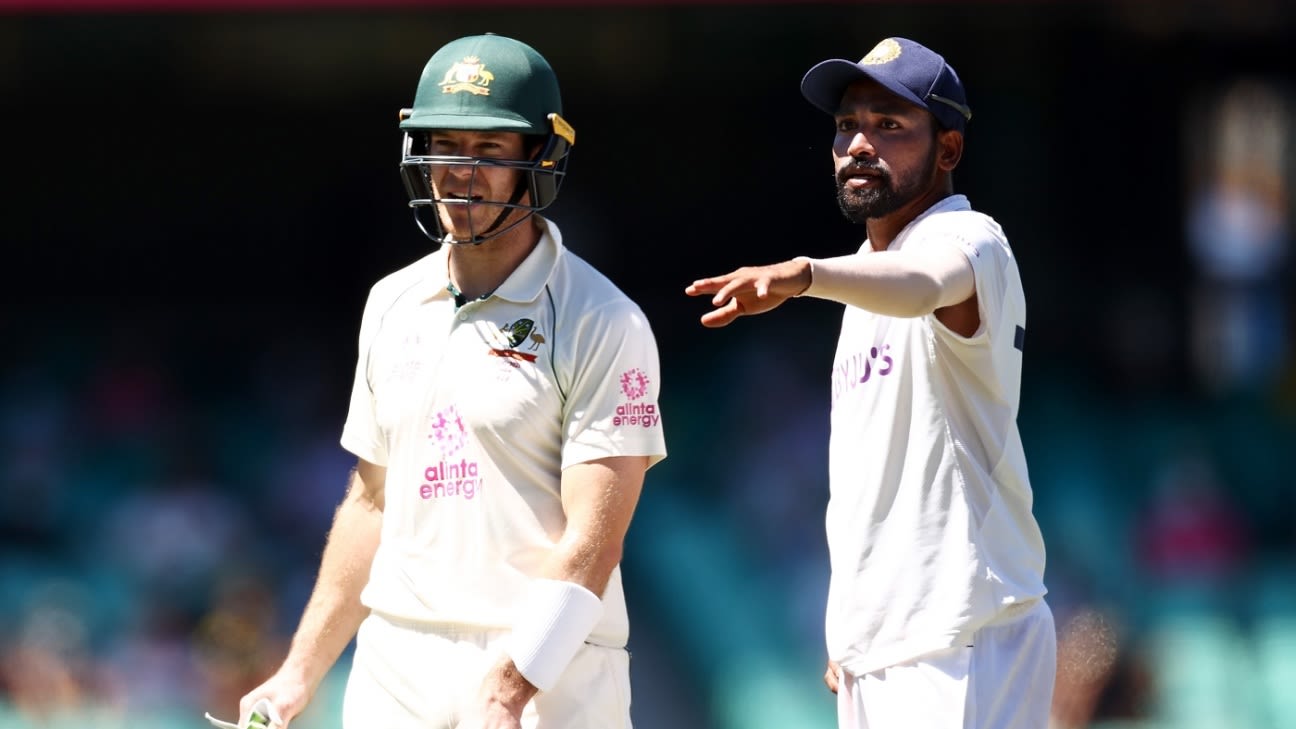 Australia’s captain Tim Paine has implored spectators at the Gabba this week to do what he says, rather than what he did on the final day at the SCG – treat the tourists with respect and refrain from the abuse that India faced in Sydney.

“In terms of crowd behaviour – we don’t condone the abuse of anyone; let alone from the racial standpoint,” Paine said. “So we want people to come along to the Gabba, enjoy the game of cricket, support Australia, support India. Support the umpires if you like. But my suggestion is you leave the abuse at the gate and just respect the players, respect the game and have a good time.”

Paine had put his hand up to apologise for calling R Ashwin a “d**khead” among other barbs on a heated final day of the third Test. But with the hosts having now left themselves needing to win in Brisbane to regain the Border-Gavaskar Trophy, Paine could not have been much clearer in terms of drawing a distinction several of his predecessors have failed to make.

While he hopes the Gabba pitch will provide enough bounce to make the Indians uncomfortable, he wishes to see no echo of the SCG crowd behaviour that had moved Mohammad Siraj to stop play in order to point out his abusers.

“Yeah it [the Gabba] is right up there, no doubt about that,” he said. “It’s a hard place to come and play cricket. Even for Tasmanians and Victorians to come here, it can be challenging to adjust to the different bounce and speed of the wicket. It’s something that has been to the advantage of Australian teams for a long time.”

Paine has himself resolved to do likewise this week, and his pre-match rhetoric was a long way from that before the SCG, where he intimated that the series was coming to the boil in terms of tensions between the teams. However, he proved to be the only player on either side to substantially blow his top. At 36, Paine is self-aware enough to acknowledge that he plays his best cricket – which is as a wicketkeeper-batsman near the front rank – when in a focused frame of mind. If distracted as he was in Sydney on day five, he can revert to the very ordinary.

“Look, Sunil Gavaskar is entitled to his opinion. It doesn’t affect us one iota. Anything [that it is doing is] it’s adding to the Test match which is great. So Sunny can keep saying what he wants to say but at the end of the day, it’s absolutely got nothing to do with him.”

“I just think I’ll handle it differently. I let it get under my skin, no doubt about that,” Paine said. “I’ve admitted that – but for me, it’s about rising above it and concentrating on what I’m doing and concentrating on leading my team, not worrying about what is going on with the other side. That’s the focus for us, we’ve spoken a lot this game about controlling what we can control and focusing more inwardly on ourselves. If we do that, we’ll be in a good position.

“If you look throughout my whole career, I think I’ve done a pretty good job of staying relaxed for 99% of it. Again, it’s going back to how I play my best cricket [and] that’s [by] having a smile on my face, enjoying cricket for what it is – a game. And at times the other day, I certainly thought I got caught up in the moment. What I’ve been really good at is being able to step back – even just have a look around the crowd at times – and realise that at that very second, you’re captaining your country in a Test match.

“It’s something I have always wanted to do, so remind yourself that way to enjoy it. Obviously, I’m going to compete very hard, that’s what I do. I want to win as much as anyone and I’m a competitive player but there’s a fine line. It’s the same with my batting – if I’m too tense and trying too hard to fight hard, then I am a pretty ordinary batter. If I look to go out, relax, have fun and look to score then I’m normally a much better player – it’s just a slight tweak in my mindset. It’s nothing new to me, it’s getting back to what I normally do.”

As for the sharp criticisms of numerous in the commentariat – particularly in India and England – Paine said he had taken note. But he was careful not to respond in kind to his fellow Seven commentator Sunil Gavaskar, who let fly with a torrent of calls for Paine to be removed from the team by the national selectors after the ongoing series concluded.

“I have [noted what Gavaskar said] but I’m not going into it, [and] getting into a back and forth with Sunny Gavaskar,” Paine said. “I don’t think I’m going to win that. Look, he’s entitled to his opinion. It doesn’t affect us one iota. Anything [that it is doing is] it’s adding to the Test match which is great. So Sunny can keep saying what he wants to say but at the end of the day, it’s absolutely got nothing to do with him.”

The Australians lined up to defend Steven Smith this week after further aspersions were cast on his character for stump cam footage of him shadow-batting and re-marking centre during Rishabh Pant’s innings in Sydney. While Smith’s management gave a prepared statement to News Corp stating he was “shocked and disappointed”, Paine argued that several days on, these hurtful words would be melted down and remade as motivation for Australia’s No. 4.

“He’s mentally very strong, very tough,” Paine said of Smith. “He knows that at times he’s going to be criticised,[and] he’s handled that pretty well. Not only this week, but since he’s come back into our side. If anything, he feeds off it. His statistics will speak for itself and we’ll see the best of Steve Smith this week.

“And we set high expectations for ourselves and last week we didn’t meet them. And when you don’t do that, you leave yourself to criticism and we’ve copped that on the chin. We’re now looking forward to this Test match, [and] controlling what we can control, which has been our preparation and the way we go about this Test. So we can’t wait for tomorrow.”