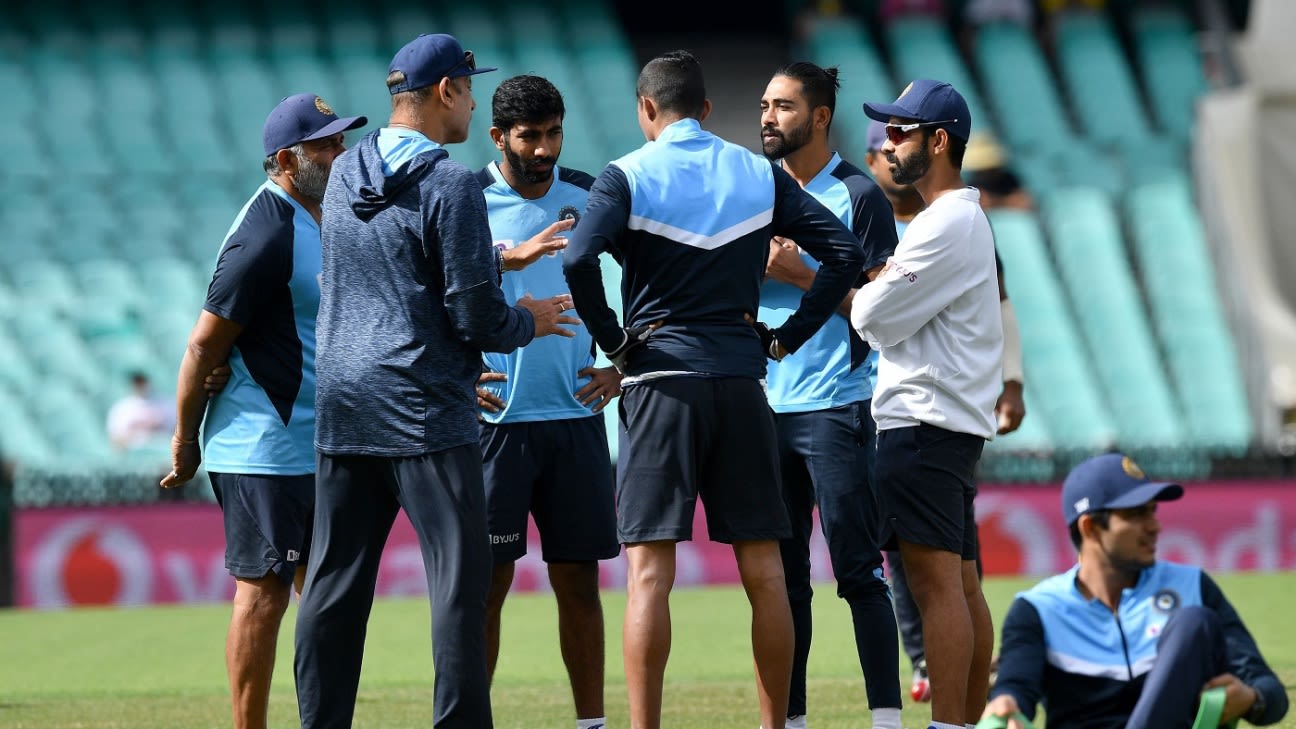 Making the bed. Cleaning the toilet. No room service. Ordering food on apps. No access to the swimming pool. Not only will Ajinkya Rahane’s India have to deal with the mounting injuries on the field, they will also have to contend with new house – and housekeeping – rules on the final leg of their Australian journey. And it has rankled the Indian camp, which – along with the Australians – landed in Brisbane on Tuesday afternoon for the final Test at the Gabba, starting Friday.

India were very reluctant to travel to Brisbane because of a combination of factors. The big one was the fear of being restricted in their hotel rooms when not at the ground, reminiscent of the two-week hard quarantine the visitors observed upon landing in Sydney in November.

However, through lengthy deliberations over the past few weeks, Cricket Australia has assured BCCI that the Indian squad would not have to deal with a hard quarantine. As an example, though their movement would still be restricted between the hotel and the Gabba, they would be able to mingle in the team room. That finally paved the way for India agreeing to travel to Brisbane.

What annoyed the squad, though, was discovering on their arrival at the team hotel that there would be no housekeeping. More than one person in the Indian camp said they had never been told about the DIY life at the hotel. Although they were not allowed to roam freely in Sydney during the third Test either, they had the room service and housekeeping facilities at the hotel. Here, not so. “There is a gym, a basic one,” one person said. “No pool, no room service, no housekeeping.”

There is no in-house food or beverage option at the hotel either. It is understood that an external contractor has been hired to provide catering to the two teams but they cannot order anything customised. They do have the option, though, of ordering via food apps.

One reason behind the absence of housekeeping and other hotel staff could be that the BCCI had told CA it would want the Indian squad to fly out of Brisbane immediately after the Test. To ensure maximum safeguards, it is possible CA agreed to having the bare minimum hotel staff to avoid unnecessary contact with a person outside the bio-secure environment.

However, the Indian camp is not satisfied with the arrangements, especially considering there are some players traveling with families.

The other major point of irritation for the Indian camp is the ban on using the hotel pool. Several players with niggles or injuries, including key bowlers – Jasprit Bumrah and R Ashwin – would want to utilise the swimming pool as part of the recovery process. However, the pools are off limits because of the fear of community spread of the Covid-19 virus.

The Indians were also afraid of being asked to isolate for a further two weeks on their return to India from Brisbane because of one reported case of a person being infected by the new UK-strain of the virus in Brisbane. That would have affected their plans for the home series against England, starting February 5. As of now, though, there is no bar on travelers flying in to India from Brisbane.