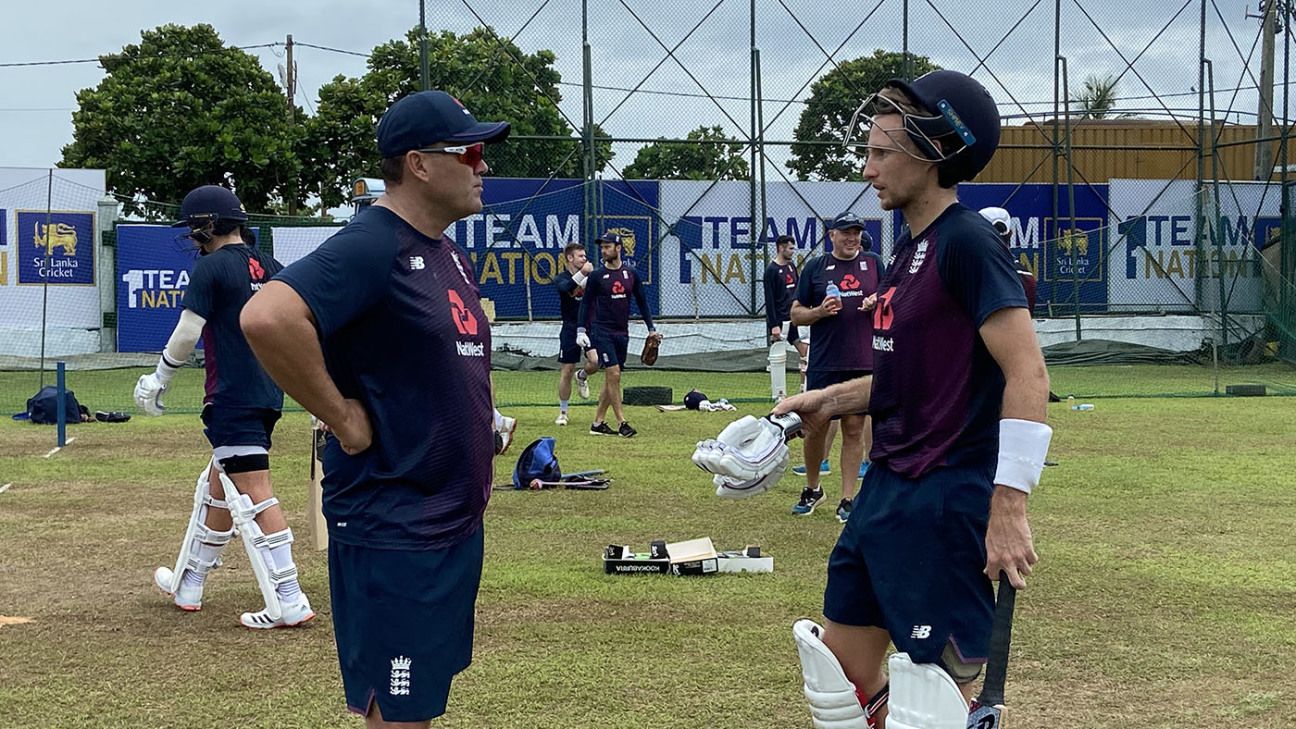 Former great lends expertise to England batsmen in Sri Lanka, and is open to further work

Jacques Kallis has admitted he is “sad” to be unable to use his experience to help the next generation of South African cricketers, but is enjoying his time working with England instead.

Kallis, arguably the greatest cricketer South Africa have produced, found himself surplus to requirements in their coaching set-up after Cricket South Africa (CSA) started to apply an affirmative action policy to the recruitment of consultants.

While this policy is not set in stone, it does encourage more usage of non-white coaches. And with South Africa already having a white director of cricket (Graeme Smith), head coach (Mark Boucher) and high performance batting coach (Neil McKenzie), Kallis has not been utilised by them since the end of England’s tour of the country at the start of 2020.

Despite “a few” South Africa players expressing a desire to work with him in recent weeks, Kallis says he “wasn’t allowed” to help them. As a result, he has accepted a short-term role as batting consultant with England. And while there are currently no plans to extend that role beyond the current tour of Sri Lanka, both sides are open to discussing it further in the coming weeks.

“It’s sad in a way that I can’t help out in South Africa,” Kallis said from Galle, “but I’m thoroughly enjoying my time here and my time in the England set-up. I’m certainly going to give them as much of my knowledge and time as I can to move them forward.

“I wasn’t allowed to be involved with that South African side because Cricket South Africa said there would be no more white consultants. So unfortunately that fell away and this opportunity of helping England out came about and I took it with both hands.

“So no I haven’t been able to be involved with the SA guys over the last couple of months. There were a few [quite keen to do so], but unfortunately there was that rule so it was pretty much taken out of my hands.

“I suppose it’s the way of our country: a lot of players have fallen away because of needing players of colour involved. It’s tough but we understand where it comes from. It is sad, but it’s the times we are living in at the moment.”

It has appeared, in recent days, that CSA have softened their stance on the affirmative action to ensure they have more coaching talent available. But if that is the case, nobody appears to have told Kallis.

“I haven’t heard anything like that,” he says. “At the moment, I’m concentrating on this role and this tour.

“Like I said, we’ve lost a few players – whatever the reasons – overseas. It’s the times we’re in. There are many other coaches who have gone on to coach other teams – Gary Kirsten, for example – so there’s lots of guys. It’s the modern way of the world.”

The England & Wales Cricket Board (ECB) are currently searching for an ‘elite batting coach’. While Kallis says he has not applied – and the closing date has now passed – he is clearly open-minded about extending his connection with England. But it doesn’t appear he will be involved when they move on to India, with family responsibilities taking priority.

“We’ll go through this tour and then see what the future holds,” he says. “The appointment is just for the Sri Lanka leg. I’ve a 10-month old at home and my wife broke her foot just before I came over here. So the appointment was only for Sri Lanka.

“But I must admit I am enjoying my time here. As I say, we’ll see where it goes and reassess where we are and make a call then.”

It speaks volumes for the diaspora of southern African sporting talent, that it is a player of similar heritage who seems to be most exciting Kallis within the England set-up. Although Sam Curran was born in the UK, his father and grandfather represented Zimbabwe (or Rhodesia) and, given a different turn of political and economic events, it is not unreasonable to suggest Sam may have followed. Either way, Kallis clearly thinks he has a bright future.

“He certainly has a lot of talent,” Kallis says. “And he’s willing to learn. He’s a hard worker and a great kid, as well. I see a lot of potential in him.

“Is he the best young all-rounder in the world? Yes, from a young point of view, I do think so. He is certainly right up there.

“All-rounders are so vital to the balance of a team. And being a left-arm seamer adds some variety. Here he’s excited to be taking over the Ben Stokes role. There’s no doubt he wants to get stuck in. He wants it; he’s hungry. There are exciting times for him ahead.”