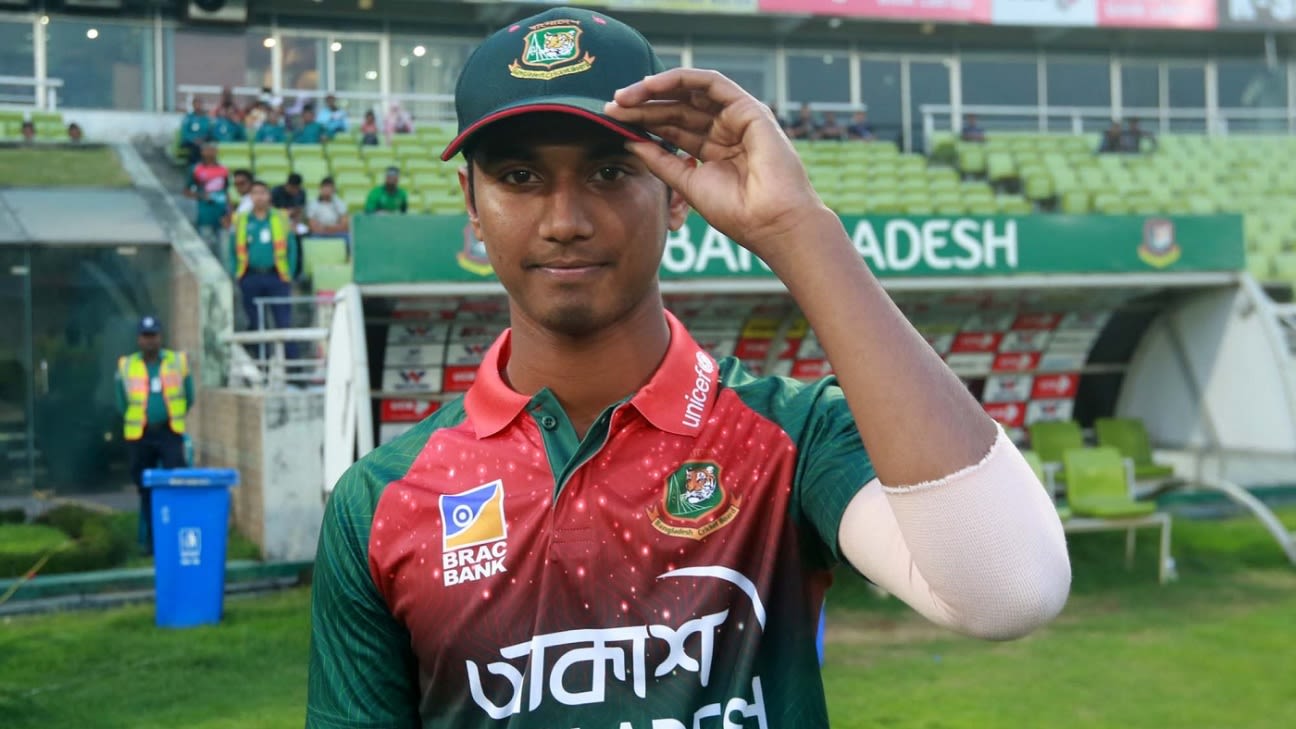 Hasan Mahmud led the way with a four-wicket haul in Mahmudullah XI’s five-wicket win over Tamim Iqbal XI in Bangladesh’s first inter-squad practice match at the BKSP on Thursday.

Tamim’s side were bundled out for 161 runs in 37.2 overs in the 40-overs-per-side encounter. Mahmud took 4-21 while Al-Amin Hossain and left-arm quick Shoriful Islam took two wickets each. Afif Hossain top scored with 35, while captain Tamim, Najmul Hossain Shanto and Soumya Sarkar all got out in the twenties..

In reply, the Mahmudullah-led side reached the target in 36.5 overs with the captain top scoring with an unbeaten 51. He struck four boundaries in his 64-ball stay. Opener Mohammad Naim made 43 off 52 balls with seven fours.

“The bowlers did well from both sides,” Mahmudullah said after the match. “There was a bit of movement early on, but it got better in the second half. Overall, it was good practice. Our new-ball bowlers bowled in the right areas. We took the early wickets. I think it was bowlers’ day today.

“I had a good time in the middle. We are preparing well. We are positive about the series, and I hope we can win the series, Insha Allah.

Bangladesh’s next practice match is on Saturday, while the touring West Indies side have their warm-up game scheduled on Monday at the BKSP ground in Savar. The series begins with the first ODI on January 20 in Dhaka .

Holder urges West Indies quicks to not get ‘carried away seeing carry and bounce’ in Perth
Labuschagne: Nice to score runs when not absolutely feeling 100%
Malhotra, Paranjape and Naik make up the BCCI’s new Cricket Advisory Committee
Brendon McCullum: ‘We’ll be pushing for results. If we get outplayed, that’s okay’
Jess McFadyen set to debut in white-ball series against Bangladesh