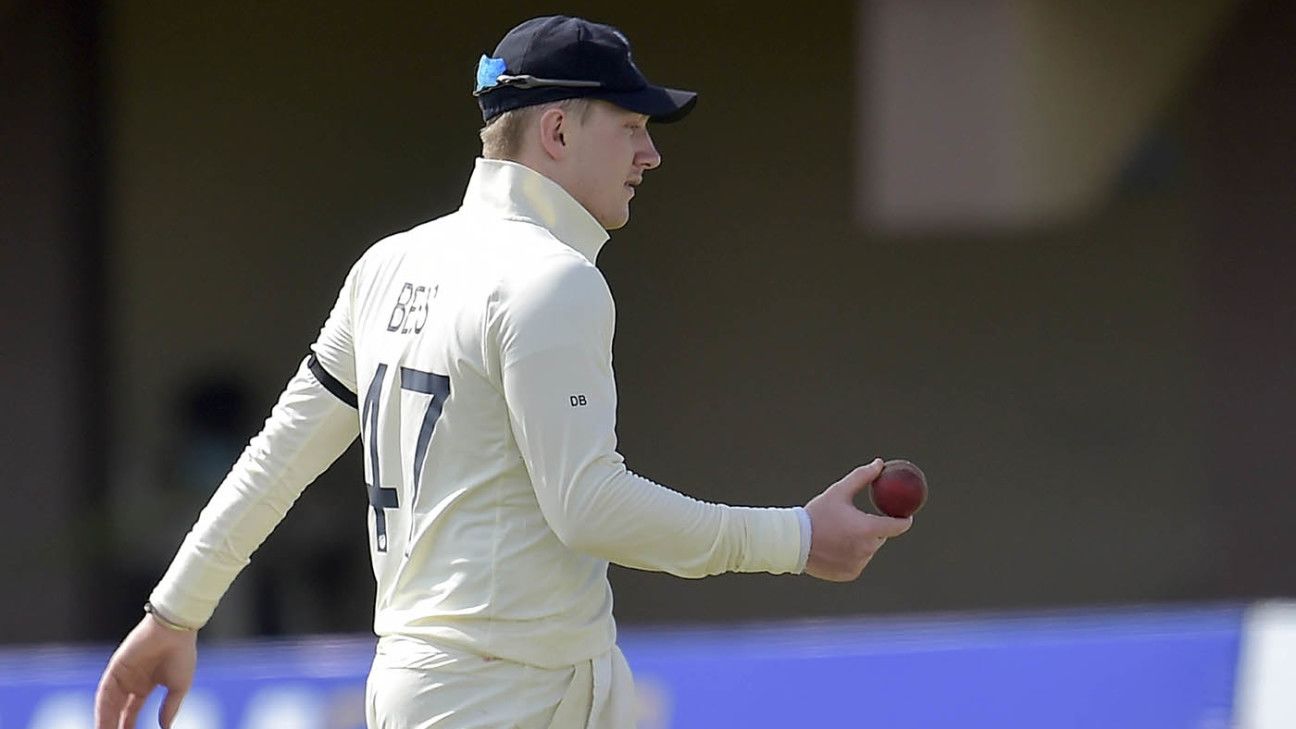 If Dom Bess‘ bowling analysis on the first day of the Galle Test teaches us anything, it’s probably that individual statistics can be deeply misleading in a team game.

Bess claimed 5 for 30, his best Test figures, as England bowled Sri Lanka out for just 135. It was the lowest first-innings score at Galle in Test history, with Bess taking just 61 deliveries to complete his five-wicket haul. Only the great Muttiah Muralitharan has, among spinners, claimed a quicker first-innings five-for in Test cricket in the last 20 years.

But although Bess was justifiably proud with his second Test five-for, he was quick to accept he hadn’t bowled quite as well as the dramatic figures might suggest. Reasoning he had come into the match a little under-prepared, he confessed to a few nerves and some fortune in achieving those figures.

Instead, however, he pointed to the combined performance of England’s bowlers and admitted he had been the beneficiary of their collective effort.

And it’s true, England’s seamers were impressive. On a pitch offering them no assistance, Stuart Broad claimed three early wickets and won good support from Sam Curran, who was a little unfortunate not to win an early leg-before appeal. And while Mark Wood finished wicketless, he generated pace of up to 93mph/150kph and unsettled a couple of Sri Lanka’s batsmen.

Most of all, Sri Lanka endured a most disappointing day. Grant Flower, their batting coach, suggested they batted “terribly”, and it was hard to disagree.

“I didn’t feel like I bowled very well,” Bess said. “I felt I was quite nervous. I certainly know I haven’t bowled as well as I could have done

“But it has been a really funny one in terms of preparation. I hadn’t bowled in a game since the Test matches last summer. We have had quite a lot of rain [in Sri Lanka] so I haven’t bowled as much as I would have liked.

“It was bizarre. I haven’t had a five-for like that before. There are going to be days in India – or here – where I bowl 10 times better and don’t take any wickets. There might be days I bowl exceptionally well and take 1 for 100. I know I can bowl better.”

Two of Bess’ wickets – the first and last – came when batsmen attempted reverse-sweeps off his bowling. But perhaps the most fortunate of the five came when Dasun Shanaka nailed a slog-sweep only to see the ball bounce off Jonny Bairstow, at short leg, and lob up to Jos Buttler, the wicketkeeper. As Bess put it: “When do you see that happen?” A few minutes earlier, Niroshan Dickwella had sliced his attempted cut shot to point off a horrid long-hop.

But while Bess accepted he had enjoyed some fortune, he pointed out he had endured plenty of days where he had bowled well without reward. Not least when, during the English summer, he saw Buttler miss a catch and a stumping off his bowling within a few overs.

“You have to take the good fortune,” Bess said. “There was one pretty bad ball in there. I’ve bowled a short wide one. It’s not my best wicket. Obviously I’ve been fortunate.

“But I’ve also bowled very well and not taken any wickets. You’re going to bowl good balls and they’re going to go out of the park. Or you’re going to have dropped catches. That’s cricket, you know? You’ve got to take it when it comes.

“But I also want to go back to the whole collective: I thought Broad and Curran bowled phenomenally well up top. I thought Woody backed it up with some excellent pace. And it’s really nice again to see Leachy [Jack Leach] back in the England shirt. I thought he bowled really nicely and got back into it.

“As a collective, as a five, we have taken 10 wickets and I’m the fortunate one taking five wickets. But I’m almost trying to push that aside because as a collective we’ve taken 10 and put ourselves in a really good position in this game.”

England bowled well and Bess was an important part of that. But 5 for 30 and records that sparked memories of Murali? As ever, we have to be careful with statistics.