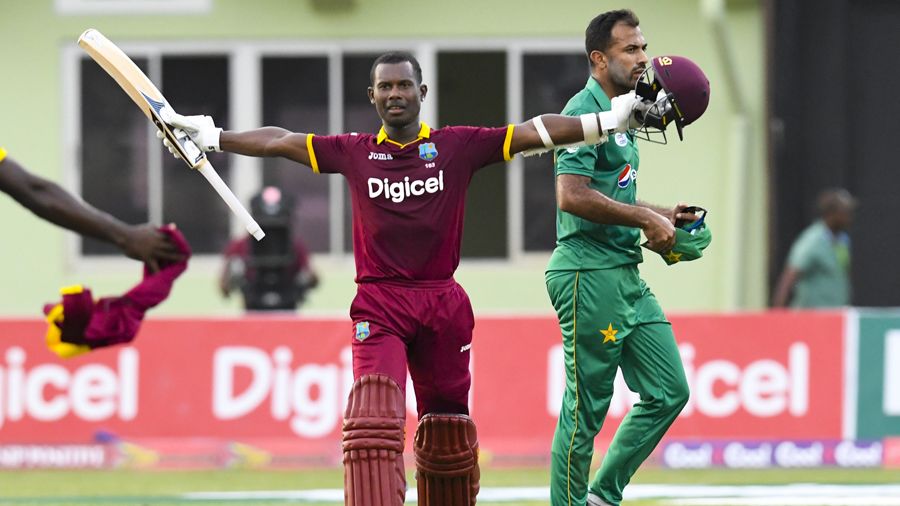 Mohammed has captained West Indies in similar circumstances before, when a number of players pulled out of touring Pakistan

Jason Mohammed has said that his comeback into the West Indies team after more than two years, with the added bonus of being named the ODI captain, is his opportunity to get his place back when the main players are back. Mohammed last played when Bangladesh toured West Indies in August 2018 but his return was made possible after several of their top players pulled out of this tour.

“I have been out for two years now,” Mohammed said. “I have a role in leading the team but personally I look forward to the challenge. It is a good opportunity for me to have a good series, and put my hands up for when the full strength team is back, so I can really get my place back in that team.

“It won’t be difficult to motivate myself. I want to be playing international cricket. It is a huge role being the leader of the Caribbean team. There’s no added pressure because playing as a captain is something I have been accustomed to doing. I just want to enjoy the series and turn around the stats (against Bangladesh).”

Mohammed has captained West Indies in four matches: an ODI against England in 2017 and in three T20Is during their 2018 Pakistan tour. This is a slightly similar circumstance where top players pulled out and the CWI went for Mohammed to lead the side. Still, he said it’s a proud moment.

“This is the second time that I am captaining (a full series). I am quite happy to do it. It is a great opportunity for me personally to lead the West Indies team. It is a great honour and achievement for myself.

“Growing up you always want to play for the West Indies but leading the Caribbean team, it is a great feeling. Sometimes things come in different ways. I just have to grab this opportunity and make the best use of it, and lead the team to the best of my ability,” he said.

What is of real concern though, particularly for Mohammed, is the lack of match practice in recent months. His last competitive match was back in March in the domestic four-day competition, having not played in the CPL too. So most of his focus remains on the next week or so, when he will have to get back into rhythm through practice sessions and a warm-up game on January 18.

“I haven’t played a game for couple of months. We have been doing some practice with the T&T senior team. The couple of days here will be very important for preparation. I want to hit as many balls as I can, find the middle of the bat as soon as possible, and look forward to enjoy three good games of the series,” he said.

Mohammed would also have to pick a playing XI from a squad of several uncapped cricketers. West Indies are also taking on a Bangladesh side that includes four of their most experienced cricketers, including the returning Shakib Al Hasan.

“Inexperience or not, it is always difficult to pick your final XI. Obviously the coach and myself and the other staff have to take the decision to put the best team in the park, which is ideal for the condition. It is going to be difficult selecting the XI for the first time. There are a lot of good exciting talent within the group. There aren’t a lot of senior guys in the team. There’s a lot of youngsters in the team. My job will be to try to make them as calm and relaxed as possible. I want to try to guide the young bowlers as best possible in the field. I think everyone understands their game well at this level. I have to make sure they execute the plans,” he said.

Mohammed said that a bit of help from the inspirational Clive Lloyd also geed hem up. “It is coming from one of our greats. Obviously those are the sort of thing you want to hear. There’s a lot of negative talk going around. When you hear someone like Clive Lloyd, he puts a great belief within you. With a World Cup coming up, it is an opportunity for all of us to try to put our hands up, firstly to get in the original team, when the full squad is back. We have a chance to go into the World Cup. It has inspired the team, and hopefully we can back his wisdom.”