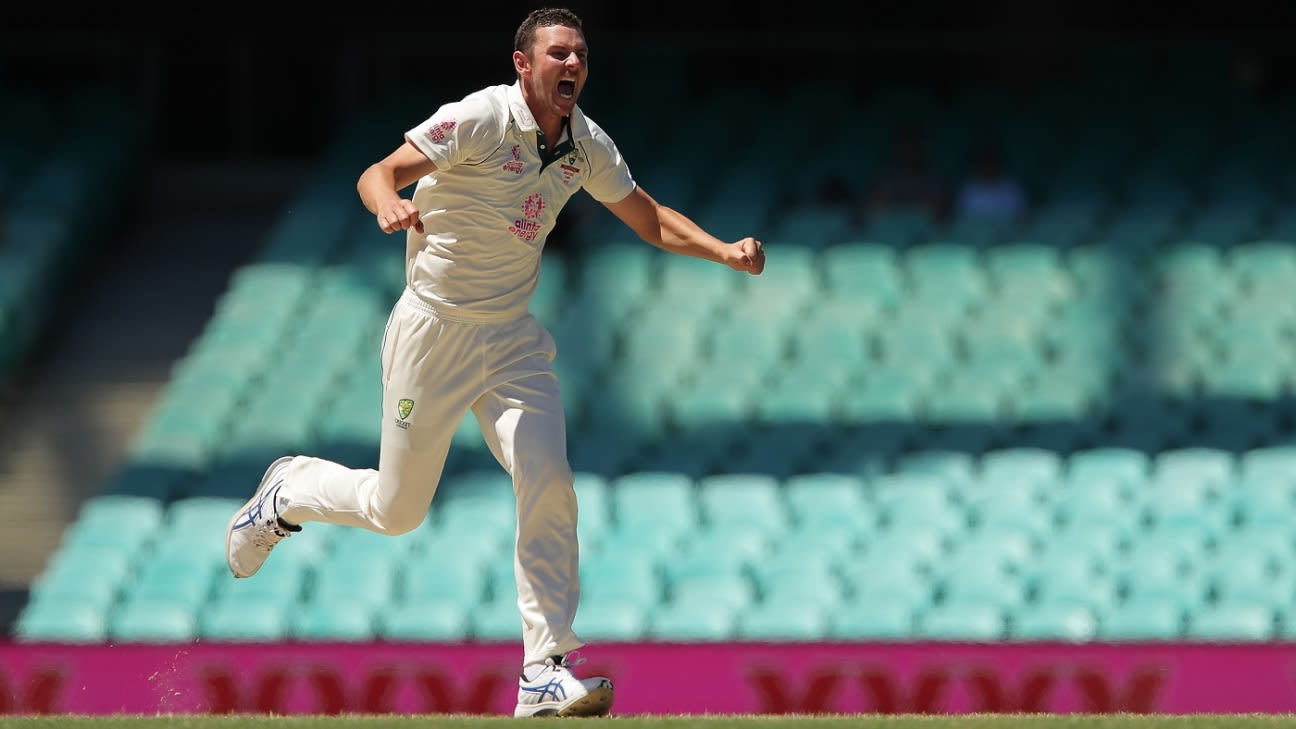 Bodies are aching and tensions are frayed, but Justin Langer believes it makes for a great finale to the series

Nathan Lyon‘s departure from 99 previous Test matches says an awful lot about the state Australia find themselves in entering the decisive final encounter of the Border-Gavaskar series.

“Out of 99 Test matches, it’s the first time I’ve ever done an ice bath after a game – everyone’s doing what they can do,” Lyon said. “There’s professional athletes throughout the team, especially the fast bowlers. They’re doing everything they can to make sure they’re 100% ready to go come Friday.”

Make no mistake, this is an extremely sore, tired and – very obviously judging by the words of the captain Tim Paine – increasingly agitated Australia team playing the fourth Test match only three clear days after the third.

In the coach Justin Langer and assistant Andrew McDonald there are a couple of seasoned figures old enough to recall three previous instances where the national side was thwarted despite a dominant position in the first of back-to-back Tests: at Cardiff and Brisbane in the 2009 and 2010 Ashes series and Adelaide against South Africa in 2012.

On each occasion Australia bowled more than 100 overs towards the end of a Test match, finished the match with a draw, and then went on to be soundly beaten in the next match: Lord’s in 2009, Adelaide in 2010 and Perth two years later. In each case, the physical and mental drain was too much, as English and South African opponents who had glimpsed defeat bounced back, rejuvenated, to win. Langer, having said his piece about Paine, Steven Smith and all the rest of it, agreed victory would be a feat of stamina above all.

“Test cricket, people do get under each other’s skin, don’t they? That’s what great Test cricket is all about. I’ve thought from the start this series will be the survival of the fittest, mentally and physically, and we’re seeing that. It comes down to the last Test match in Brisbane. It’s mouth-watering for Test cricket that the two best teams are going at it, one of us has to win to retain or take back the Border Gavaskar Trophy. It’s Test cricket at its best. I’m loving every minute of the contest, as are our players.”

Australia’s issues start at the top of the order. Should a shoulder problem inconvenience Will Pucovski enough to rule him out on match morning, the shot-making of Marcus Harris will be given a first outing in Tests since the 2019 Ashes. David Warner, it seems, will be played regardless of whether he is still restricted in his running, as was so patently clear in Sydney.

“Will, he’s a young guy, he’s just played his first Test. Mentally, he’s going to be exhausted anyway – it’s tiring business,” Langer said. “With shoulders, as long as he can bat okay and can catch, it’s not as big a deal in Test cricket for us. We’ll probably know by tonight if he’s right to go. It’ll either be a quick turnaround and he’s back up and into it or it’ll be a few weeks.

“The muscle part of the injury has cleared 100%. He had another scan two nights ago. His tendon will be sore…but it’s 100 percent his decision to play. I’m confident, 100% confident he’s right to go for the Test match.”

Langer is doubtful that any one of Pat Cummins, Josh Hazlewood or Mitchell Starc will withdraw from the fray, invoking how Rick McCosker walked out to bat with a broken jaw in the Centenary Test in 1977, Steve Waugh with a badly torn hamstring at the Oval in 2001, and Allan Border with any number of ailments through 153 consecutive Tests between 1979 and 1994 – a record only recently bettered by Alastair Cook’s advantage of playing the last of his ODIs four years before Test match retirement.

“We’ll see how they pull up in the next few days. They’re brilliant athletes. They’re very, very determined to win this series,” Langer said. “Unless they’ve got any injuries then we might look at it. I’d be very surprised if they don’t want to play this Test

“It is tough, Test cricket. But call me sentimental. I think of guys like Rick McCosker, Steve Waugh, Allan Border – they set a pretty high standard of what we expect from Australian cricketers. I suspect they’ll be ready to go for this Test match.”

India, of course, have had it even tougher than the hosts across this series, and will now be missing Ravindra Jadeja and perhaps Jasprit Bumrah as well. Attrition was always likely to be a factor in a bout where most players warmed up by playing in the IPL rather than longer form cricket; in Brisbane, the combatants will discover exactly how much.