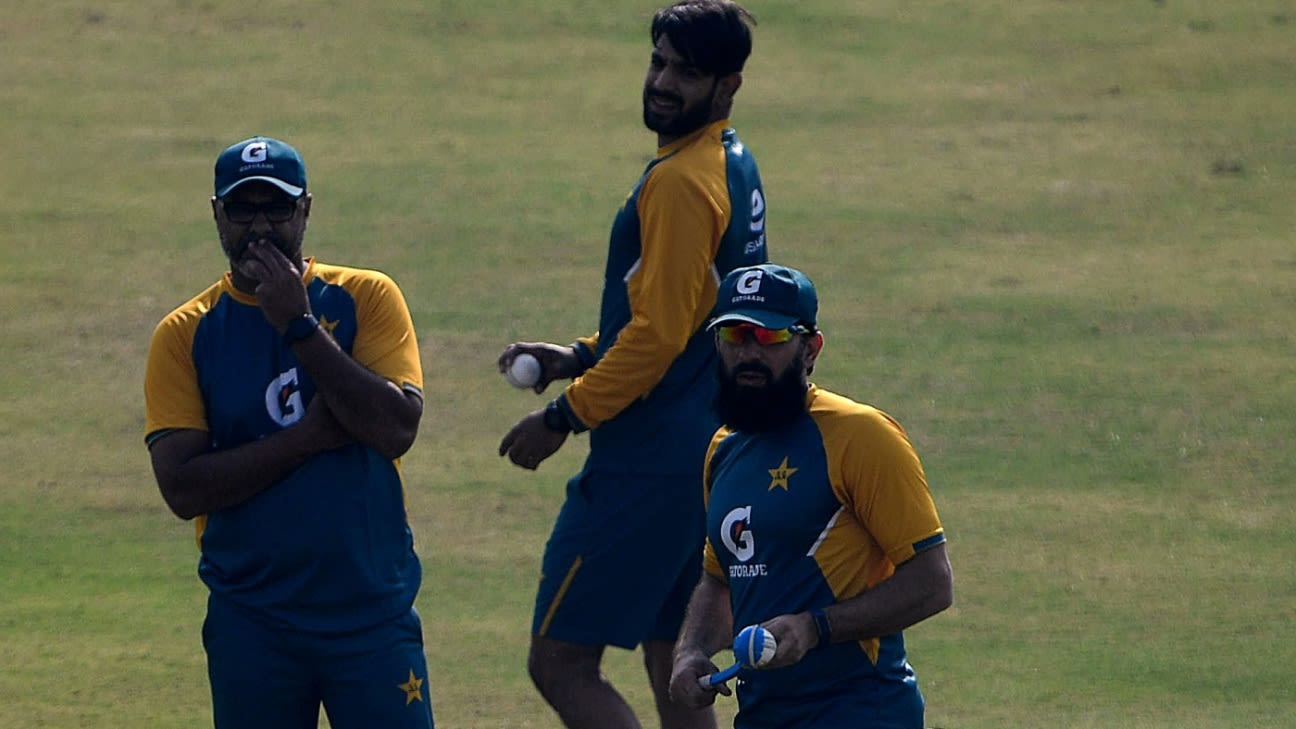 The committee expressed disappointment with recent results, but admitted that the Covid-19 pandemic had created a challenge

Misbah ul Haq, alongside Pakistan’s coaching staff, has earned a stay of execution, with the Pakistan cricket committee opting against making any changes following the disappointing tour of New Zealand, resolving instead to meet again after the home series against South Africa later this month. The committee urged the team management to form a clearer approach to set and pursue adjectives, expressing disappointment with recent results.

The PCB’s cricket committee met at Gaddafi Stadium to review Pakistan’s 2020-21 season, with the national team’s performance placed under scrutiny. Head coach Misbah-ul-Haq and bowling coach Waqar Younis were called up to debrief the committee following the tour of New Zealand, where Pakistan lost the Tests 2-0 and T20Is 2-1. Batting coach Younis Khan, who joined before Pakistan’s tour of England last summer, was exempt. In the end, however, it was decided to take the unique circumstances under which cricket had been played the previous year into account owing to the Covid-19 pandemic, and give the management another chance to steady the ship.

“The PCB Cricket Committee carried out a holistic but constructive, fact-based and objective review of the Pakistan men’s cricket team in the past 16 months,” Saleem Yousuf, head of cricket committee said. “There is no denying the fact that we all want to see our side ranked amongst the top three or four cricket playing nations and our recent performances do justice to neither those expectations nor the talent we boast.

“Nevertheless, we also need to take into consideration a number of other factors and the committee was of the view that cricket during the Covid-19 pandemic was one of the biggest contributing factors in the side’s dismal performances. The challenges of playing in Covid-19 protocols have not only been faced by the Pakistan men’s national team, but by all the sides presently involved in international cricket and these concerns have been regularly raised by the team coaches and elite cricketers.”

Misbah brought up the limitations and constraints in the last seven months as a justification for some of the below-par performances, specifically prior to the tour of New Zealand, where Pakistan spent almost three weeks in quarantine in New Zealand. The team got six days of training and before the start of the series, they lost Babar Azam with a thumb injury. Before that, the Pakistani players were in a bio-bubble in England, as well as at home during the final leg of the PSL, the Zimbabwe series, the Quaid-e-Azam Trophy and the National T20s. ESPNcricinfo understands that the team management was unhappy with the nature of the practice pitches, which they believe were responsible for the injuries to Azam and Imam-ul-Haq.

“All professional and high-performing athletes require an environment where they can prepare their best for the international stage, which was not the case for the last two tours and most definitely not at the last tour where players had been confined to their rooms for two weeks due to the policies of that particular Covid-free country,” said Yousaf. “As a consequence, Babar Azam, Imam-ul-Haq and Shadab Khan were unavailable for Test selections after Fakhar Zaman had missed the flight on the day of the departure. These big losses affected the team combinations.

But the management was not completely cleared of responsibility. “Notwithstanding these disadvantages, the PCB Cricket Committee strongly believes team selections and choice of players in the playing line-ups should have been made better. The committee also believes more scientific and data-based work needed to be done on the players with improved communication to not only prepare them for the bigger challenges but by also identifying players who can back their performances with other capability trades in a high-competitive environment on a consistent basis.”

Misbah has a three-year contract with the PCB but his position has come in for scrutiny, often in the recent past as losses have piled up for the team. The latest review was the second in the last three months. With the next series starting in two weeks in Karachi, the committee confirmed they will sit again following the series, with the committee pointedly saying there would be no points awarded for second place.