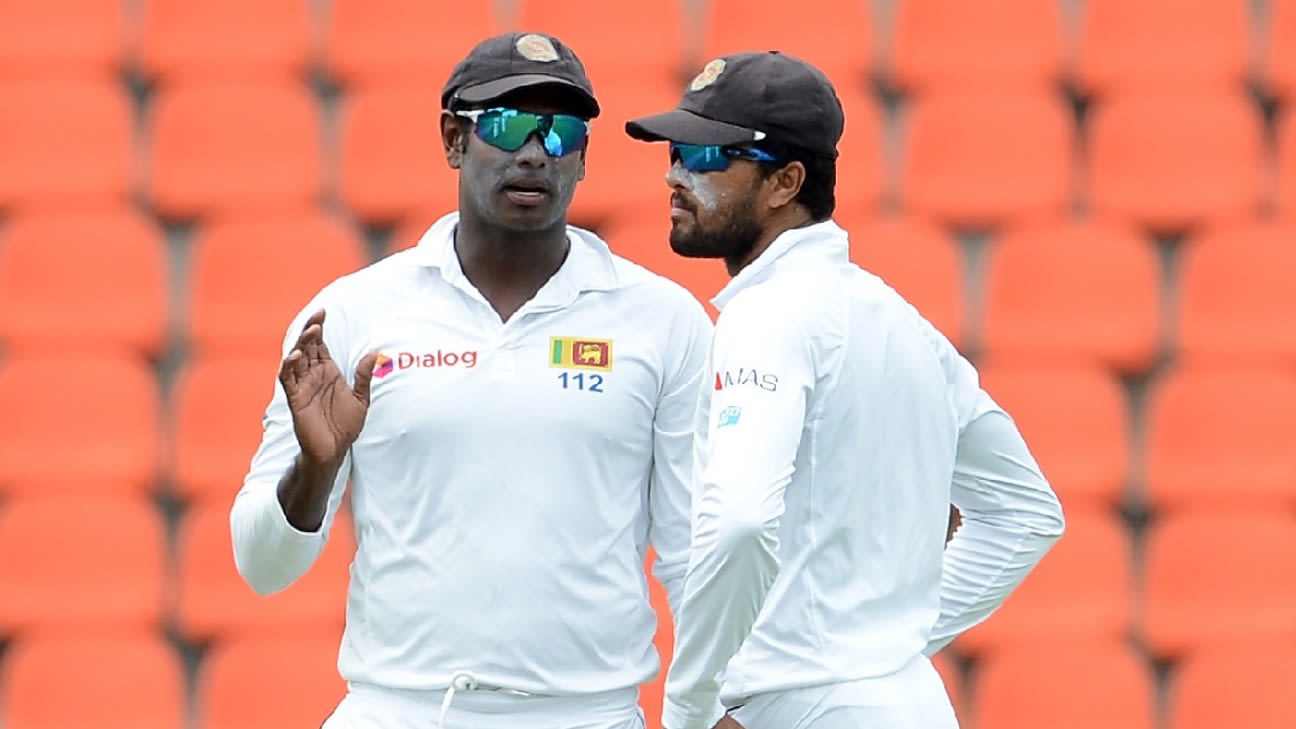 Batsman Angelo Mathews and fast bowler Nuwan Pradeep are among five players who have joined the Sri Lanka bio-bubble since their return from South Africa. They, along with batsman Roshen Silva, spin-bowling allrounder Ramesh Mendis, and left-arm wristspinner Lakshan Sandakan have now officially been named in the squad to play England, in the Test series that starts Wednesday. The squad announcement was delayed until it was ratified by the country’s sports minister.

Dhananjaya de Silva, who tore a ligament in his thigh on Boxing Day, and Kasun Rajitha, who injured his groin the next morning, are both out of the series altogether.

But Mathews’ return in particular will hearten a Sri Lanka side that had been struck down by injury in South Africa. He is likely to take up a middle-order position, with Dinesh Chandimal also set to slot back in after missing the last Test.

Sri Lanka’s team manager Asantha de Mel said that Oshada Fernando was not a certainty to play in the first Test in Galle, however, because although he has recovered from the injury that kept him out of contention for the South Africa series, he has not had substantial practice yet.

Suranga Lakmal and Lahiru Kumara have also recovered from the various strains that had plagued them in South Africa, but according to de Mel, both may be short of conditioning. Like Oshada, they are technically available, but are not certain to be in the XI.

On the spin-bowling front, Sri Lanka have legspinner Wanindu Hasaranga, left-arm spinner Lasith Embuldeniya, offspinner Dilruwan Perera, and Sandakan to choose from. Aside from Lakmal and Kumara, the available quicks include left-armer Vishwa Fernando, Dushmantha Chameera and Asitha Fernando.