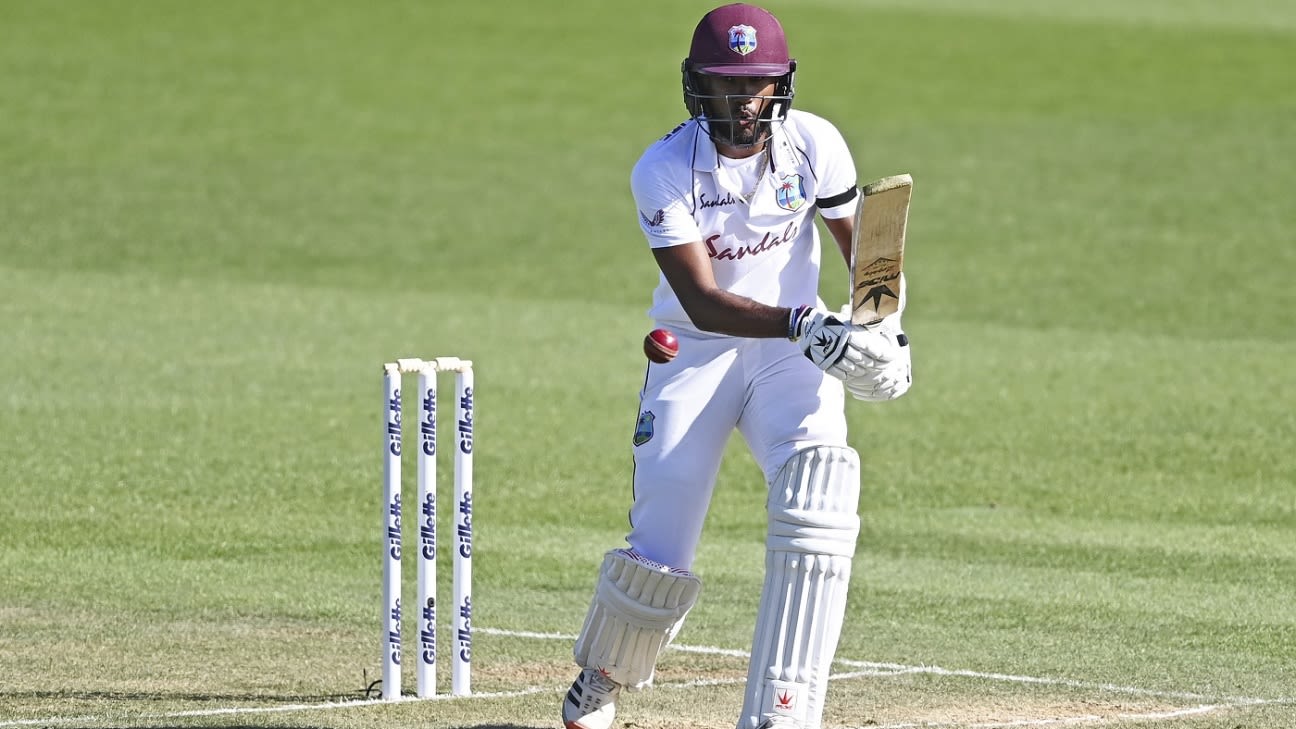 A day after coach Phil Simmons raised optimism for the West Indies ODI side, Test captain Kraigg Brathwaite said the side has learnt from the mistakes made during their 2018 tour to Bangladesh.

Brathwaite’s own miserable form in that series – just 22 runs in the two Tests – was one of the reasons why the visitors capitulated so easily. With the home side having their full complement of spinners available this time too, and West Indies having an even more inexperienced side, there will be even more responsibility on Brathwaite. He hasn’t had the best of times recently too, having made just 55 runs in two Tests in New Zealand Tests last month.

Brathwaite wants to lead by example and set a foundation as a batsman, the key to which, he said, would be balance at the crease.

“I want to lead from the front,” Brathwaite said. “It is my job as an opening batsman to get runs and build a foundation for the team. I don’t see the guys here as second string. I think they can perform and do well at the international level. I know they are looking for the opportunity.

“For me, being balanced at the crease is the key whether I am playing spin and pace. It was decent in England, there was improvement in New Zealand as well. I want to just stick to my plans. Keep it simple. I don’t want to think about too many things. I know my plans. Put God first, and believe in yourself.”

Apart from being their most experienced Test cricketer on tour, Brathwaite also has the maximum sub-continent experience with 15 Tests. Among the already depleted batting unit, Jermaine Blackwood and John Campbell combine only six Tests in this region, while the rest of the batsmen are either uncapped or have never played Tests in the sub-continent.

“We reviewed after the last series and found out where we could have improved,” Brathwaite said. “We have specific plans that we will carry out. We look forward to the challenge. You have to find ways to overcome challenges in international cricket. Their spinners did well last time. We have to execute and believe in ourselves. Trust our preparations.”

Brathwaite believes that strike rotation and a solid defence will be key for their batsman. He said that he can rely on his opening partner Campbell to bat according to the conditions, while maintaining his own batting pace intact.

“I think the rotation of strike will be key. John [Campbell] is a very good player. When we went to India to play Afghanistan, he got a fifty in the first innings. He didn’t change his approach in the second innings as well. I will encourage him to be himself and to trust his gameplan. His defence is solid; down here you will have to defend more balls than you get the opportunity to attack.

“Once he trusts his defence, rotate when he could, he will do well. He got a score in his last Test innings in New Zealand, so he must have that belief. I know that he has the ability. Once he plays his natural game, I know John can be a fantastic opener for the West Indies.”

Brathwaite said that winning in Bangladesh is still possible for his side, but they have to be patient. “When you are leading a team, you want to win. My role here is to lead from the front, both as a captain and with the bat. It will be great to get the win. We have to start hour by hour, we can’t think too far ahead. Once we take it step by step, the end result will take care of itself.”