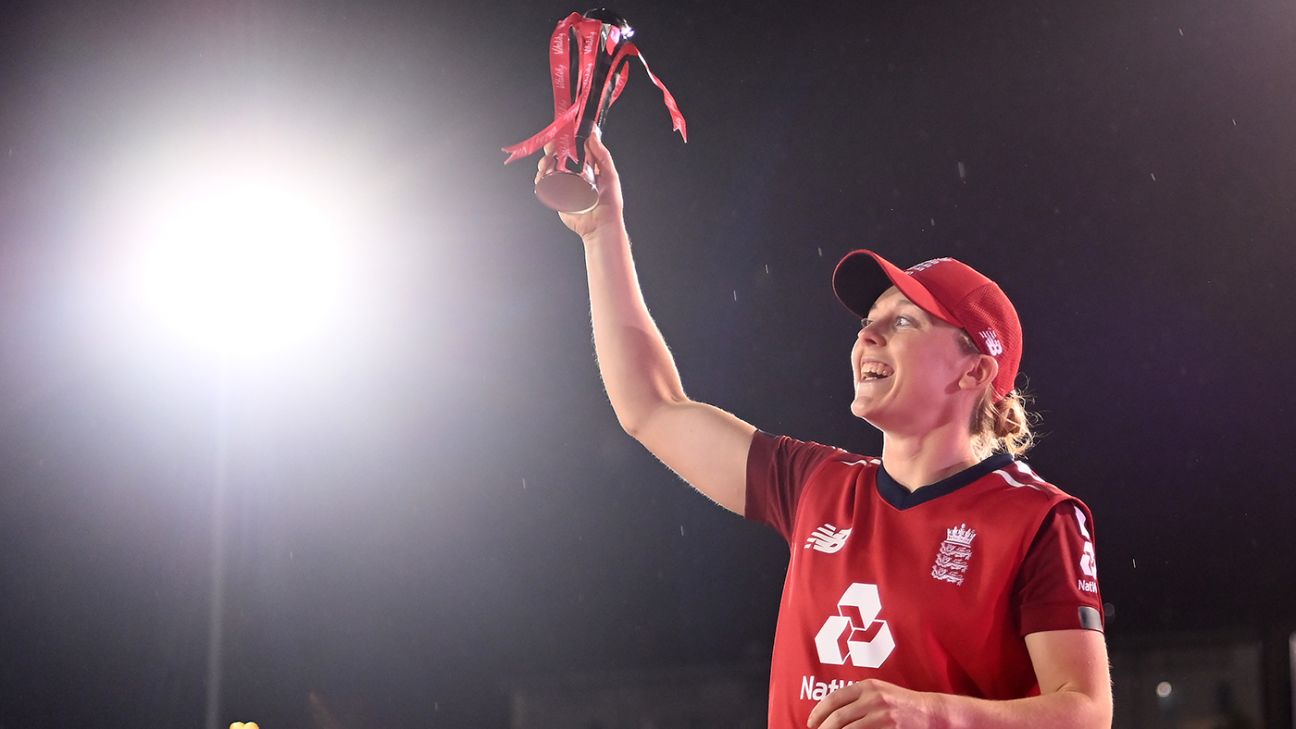 England captain Heather Knight and Australia wicketkeeper Alyssa Healy have called on the ICC to create “more centralised funds” that could help accelerate and spread the professionalisation of the women’s game.

Knight and Healy, two of the world’s premier all-format stars in the women’s game, underlined the need for the ICC to widen its role in addressing infrastructural inequalities in women’s cricket and increase the volume of cricket in across more countries.

“As players, we understand that cricket countries around the world are in very different financial positions,” Healy and Knight wrote in the FICA Women’s Professional Cricket Global Employment Report 2020. This is a second such review conducted by FICA, after the inaugural edition was released in October 2018, two years after the female players were formally brought under the ambit of FICA.

“Having said that, there needs to be equal commitment from all countries to addressing barriers, and promoting and investing in the women’s game if we are to achieve gender equity on the global stage and in individual cricket countries,” they further wrote.

“At [the] global level, we think there is an opportunity for the ICC to prioritise increased and targeted investment in the game around the world, not just in global events. This could include for example more centralised funds to assist the professionalisation of the game in more countries and to ensure more cricket can be played.”

Healy and Knight’s recommendation threw into sharp focus the larger sense of uncertainty around the women’s game, borne out by the 2020 report, a 31-page document published on Monday. As per the report, based on the findings of the 2019 FICA players’ online electronic survey, 46% of its respondents specifically highlighted remuneration as the foremost concern.

“Two-thirds of players feel insecure in their cricketing employment, whilst a further 81% would favour contract and job security over playing in different competitions. This anxiety is caused by limited, short-term and insecure contracts, with 82% of women cricketers currently on contracts that are one year or less in duration,” the report stated.

There has been increased broadcast exposure of global tournaments, leagues have flourished in Australia and England – first with KSL and now potentially with The Hundred. Yet, the study identifies women’s cricket as “an exclusive sport” as it comprises “a very small pool of players worldwide” at the elite level.

It puts the number of full-time professionals worldwide in 2018-19 at “just 119 (compared to over 400 professional male cricketers in England and Wales alone). Also, during the report period, there were a small number of semi-professional contracts available in just three countries: Australia, England and New Zealand.” This is down in part, according to the report, the “flight of talent” which typically sees a “worrying number of players who opt to leave the game.”

“Players often play cricket alongside their studies before going onto pursue professional careers elsewhere. This could manifest itself in a general lower standard of play as a consequence of a lack of competition for places, as well as an increasing ability gap between the top players and the rest,” the report said.

“The seven-week Kia Super League (KSL) tournament was the only semiprofessional structure below the national team, but it’s 90 contracted players were often forced to find a supplementary income to be able to participate in the competition.”

While most national boards and the ICC have through the past decade identified the T20 format as the most appropriate vehicle to promote and grow the women’s game, the review shed light on the players’ appetite for the 50-over game.

“In the absence of regular Test cricket,” the report stated, “and despite the continued emergence of T20, 63% of players view ODI’s as the most important format of the game. In 2018-19, only 39 women’s ODI’s took place (compared to 128 men’s) – that equates to just 21% of the scheduled women’s international cricket for that year.”

As far as Test cricket goes, though, the report doesn’t offer any specific insights on players’ stance on the gradual petering out of the longest format, especially when taking in account that in the review period – the 2018-19 season – the lack of an Ashes series meant no Test cricket was played by women. This, while total international fixtures in 2018 spiked to 186, more than doubling from 85 in 2017.

Additional findings in the report also underscored that 81% of survey respondents highlighted the inclusion of women’s cricket in the summer Olympics as something they would like to see in the near future.

“Along with cricket’s recent inclusion in the Commonwealth Games, and provided it fits in a well-structured global calendar, involvement in the Olympic Games would provide much-needed exposure as well as a boost to the amount of scheduled international women’s cricket on offer.”

Brendon McCullum: ‘We’ll be pushing for results. If we get outplayed, that’s okay’
Akila Dananjaya’s fifer vs New Zealand – 1st Test at Galle
Gaikwad smashes List A record with seven sixes in 43-run over
Pant: ‘Compare my numbers when I’m 30-32, no logic before that’
Gambhir picks Hardik, Shaw as India’s future captaincy candidates