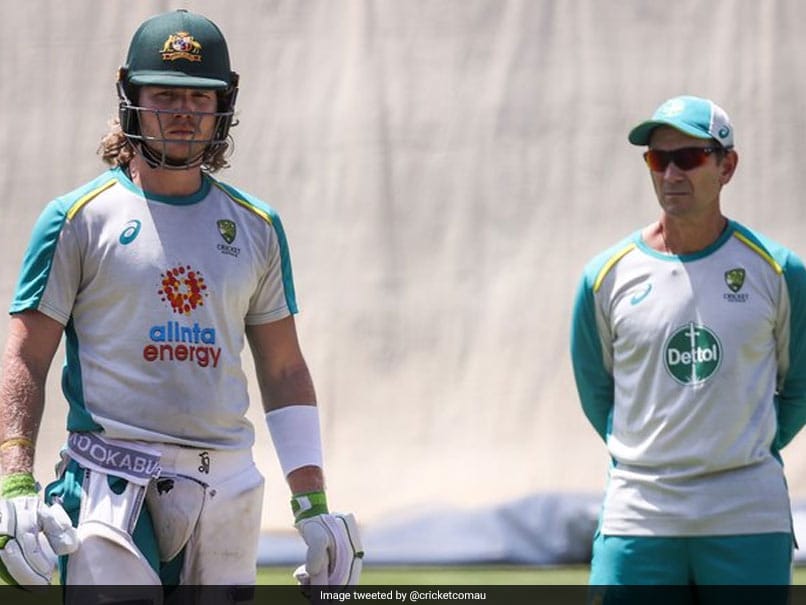 Australia head coach Justin Langer on Wednesday said that he is hopeful to see opening batsman Will Pucovski playing the fourth and final Test against India. Cricket Australia (CA) on Tuesday had confirmed that Pucovski suffered a shoulder subluxation injury in the Sydney Test and his participation in the fourth and final Test against India hangs in the balance. “We will probably know tonight I reckon, whether he will be right to go. It will either be a quick turnaround and he is back up and into it, or it might be a few weeks. He is a young guy, he has just played his first Test,” Langer said in a virtual press conference on Wednesday.

So mentally he is going to be exhausted anyway. We will keep an eye on how he pulls up today. With shoulders, as long as he can bat OK and catch – it is not as big a deal in Test cricket, we are really hopeful he will get up. If he does not then the obvious thing is Marcus Harris would come in as the opener,” he added.

Australian pacers had a heavy workload in the third Test and when asked whether Pat Cummins, Josh Hazlewood and Mitchell Starc will be good to go for the fourth Test, Langer said: “I expect they will all be ready to go for this Test match. We will see how they pull up.”

Skipper Tim Paine has been dealing with severe criticism for his behaviour behind the stumps. He was also fined for swearing at the umpire and complaining about Decision Review System (DRS). On the final day of the third Test, he had a verbal duel with Ravichandran Ashwin. To make the matters worse, Paine also ended up dropping three catches as the third Test ended as a draw.

“Just a good reminder isn’t it, I remember a great mate of mine told me a few years ago if you are going to build a house or a hotel, it takes years to do it, but it takes a couple of hours to rip it all down with a bulldozer. So we’ve got to be on top of our game all the time, but also our players are human. In a lot of senses, they are in very different circumstances with how they are living, they have been through England, they have been through IPL, they have been in hubs, all that sort of stuff. But that is okay, we have just got to make sure we are on top of our game all the time,” said Langer.

“That is one of the challenges of leadership, that is one of the challenges of putting yourself out there and talking about culture and how important culture is. You cannot slip, and if you do slip, you get criticised for it, and that is all okay. But we have hopefully had the courage to say ‘no, no, this is what we expect, this how we are going to behave’, so when we do not do it to the standard we expect, we expect to get criticised for it,” he added.

Batting out 258 balls with a fierce home team throwing everything it had up its sleeves is no mean feat. But the Indian duo of Vihari and R Ashwin stood ground and managed to do just that as they eked out a draw in what was nothing short of an action-packed fifth day.

India and Australia will face off in the fourth and final Test at the Gabba, Brisbane, beginning December 15. The hosts had won the first Test, while visitors came back strongly in the second Test, and currently, the series stands level at 1-1.