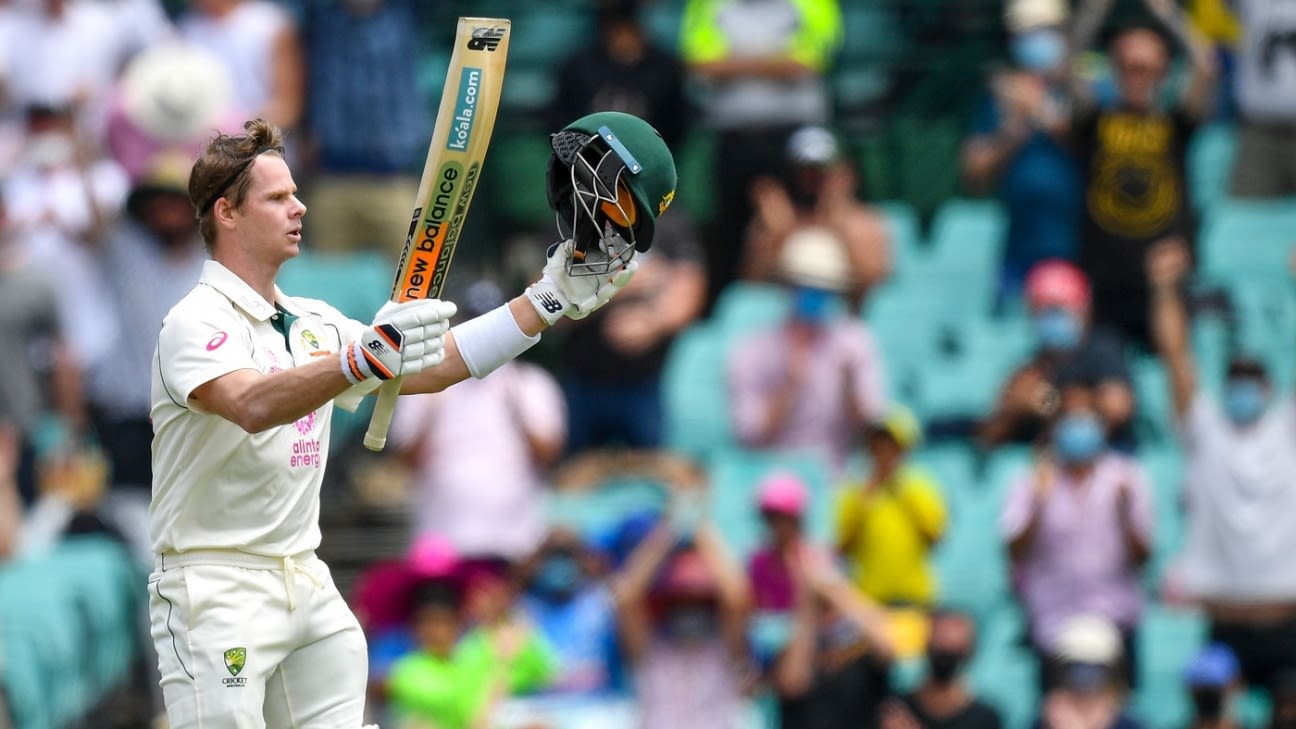 Kane Williamson, who hit 238 in the Christchurch Test, consolidated his position at the top of the ICC rankings for Test batsmen by reaching 919 rating points – the highest ever by a New Zealand player. There was a switch just below him, with Steven Smith replacing Virat Kohli in the second position following the Sydney Test where he was the Player of the Match.

Williamson’s previous best points tally was 915, which he had reached in December 2018, already taking him past Richard Hadlee, the only other New Zealand cricketer to have crossed the 900-point mark (909 in December 1985).

Meanwhile, Smith’s scores of 131 and 81 at the SCG took him past Kohli, who went back home from Australia after the first Test for the birth of his first child.

In other changes after the thrilling draw in Sydney, Marnus Labuschagne achieved a career-best 866 points to stay at No. 4 – he hit 91 and 73 in the game – and among bowlers, Josh Hazlewood gained three places to reach No. 5 after picking up four wickets in the game.

For India, Cheteshwar Pujara‘s twin half-centuries pushed him up to No. 8 from the tenth spot, while Rishabh Pant‘s aggressive 97 in the second innings helped him jump 19 spots to No. 26. Shubman Gill, Hanuma Vihari and R Ashwin also made gains after playing crucial innings in helping India salvage the draw.

Following the conclusion of the Christchurch Test between New Zealand and Pakistan, Henry Nicholls‘ 157 brought him inside the top ten for batsmen after he gained three places to become No. 9. Kyle Jamieson – who bagged a career-best match haul of 11 for 117 at Hagley Oval – was another big mover: he climbed seven spots to reach No. 21 among bowlers, and also became the fifth-ranked allrounder after just six Tests.

Also, Pakistan – despite losing the series 0-2 – had reason to cheer after Azhar Ali‘s 93 and 37 helped him advance seven places to No. 18 and Mohammad Rizwan‘s 61 took him to No. 37 following a gain of ten places.

In the other update following the Johannesburg Test between South Africa and Sri Lanka, opener Dean Elgar reached No. 13 after innings of 127 and 31* in a ten-wicket for the hosts. His team-mates Anrich Nortje, Wiaan Mulder, Lungi Ngidi and Lutho Sipamla also rose in the bowlers’ chart to be No. 38, No. 45, No. 47 and No. 49, respectively.

Sri Lanka too had their share of gains – captain Dimuth Karunaratne‘s second-innings 103 took him to No. 15, while Kusal Perera, the visitors’ highest run-getter in the series, moved up four spots to No. 56.