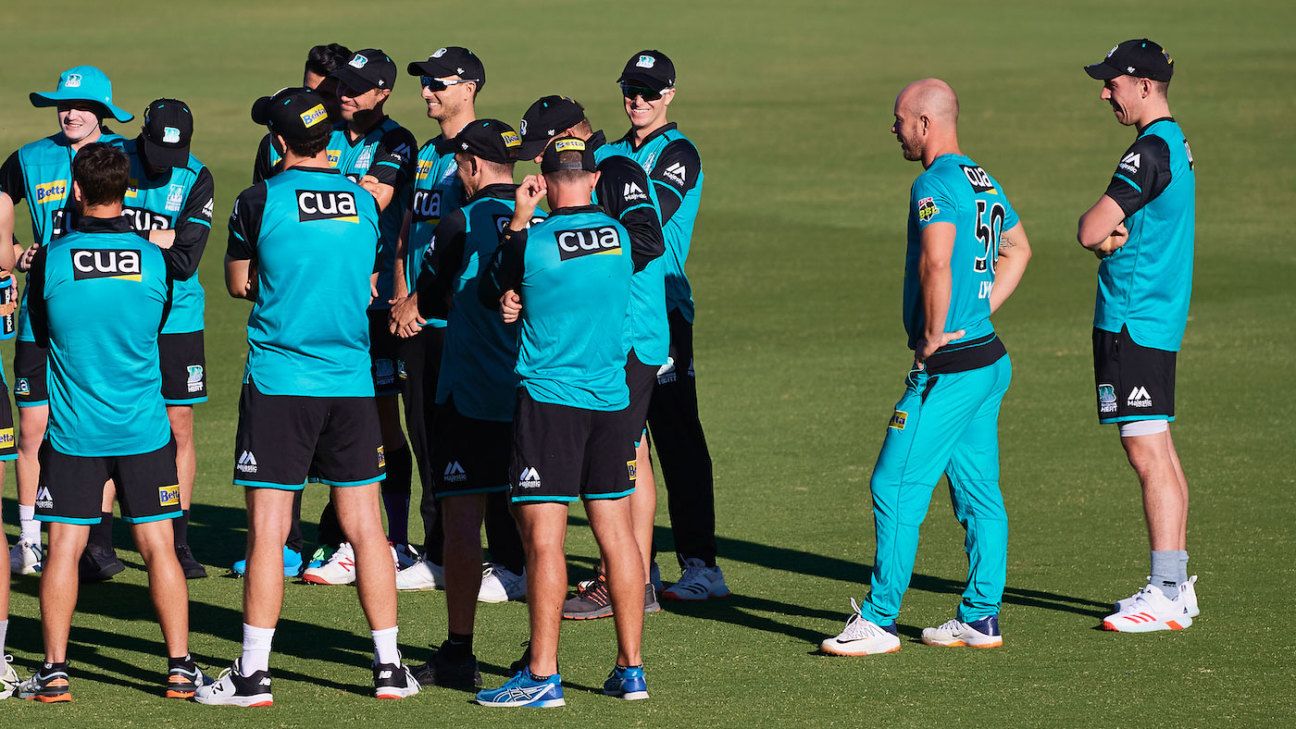 The Brisbane Heat have been locked out of travelling to Victoria from Queensland this week due to the Victorian government’s hard border on travellers from Covid hotspots, something which has forced Cricket Australia to relocate seven upcoming BBL matches from Sydney and Melbourne as it tries to keep the season alive.

CA has already shifted three fixtures from Sydney to Canberra, including the upcoming Sydney derby between the Sixers and the Thunder.

But the Heat were scheduled to head to Melbourne to face the Renegades on Thursday at Docklands. But Brisbane, the capital of Queensland, went into a three-day lockdown after a rare community Covid-19 case was found on January 7. The Victorian government has imposed border restrictions on travellers coming to Victoria from Queensland and New South Wales which has caused chaos with CA’s scheduling after they were unable to get exemptions for the teams who were in Queensland from January 2 onwards.

The Heat-Renegades fixture on Thursday has been moved to Manuka Oval in Canberra, in the ACT, and won’t be played in front of a crowd, while the Heat’s match with the Adelaide Strikers, that was scheduled for the MCG on January 21, has been instead shifted to Adelaide.

Alistair Dobson, the head of the BBL, said the border restrictions from the Victorian government forced CA’s hand.

“We have elected to move this Thursday’s Brisbane Heat vs Melbourne Renegades match from Marvel Stadium (Docklands) to Manuka Oval given the Victorian Government’s current restrictions on travel from Brisbane and to create certainty that this fixture can be delivered,” Dobson said. “Unfortunately, given the operational difficulties in providing a safe and secure environment for fans to attend at such short notice – including the ACT Government’s requirement that all tickets go off sale 24 hours prior to the match – tickets to this match will not be available to the public.

“In addition, we will be shifting the Adelaide Strikers vs Brisbane Heat match to Adelaide Oval as a result of that venue being re-engaged at the back end of the tournament, a great reward for Strikers’ members and fans.”

CA have also moved all the remaining matches that were scheduled to be played in Sydney interstate to avoid any potential disruptions for the remainder of the season. “We understand our many passionate members and fans of both the Sixers and Thunder will be disappointed by today’s news that KFC BBL 10 matches won’t be played in Sydney this year,” Dobson said.

The schedule changes mean that the Sixers and the Thunder won’t play a single match at home this season. Both sides already had to endure heavy restrictions while playing in Western Australia against the Perth Scorchers after arriving from Queensland.

The Heat had already faced issues earlier in the tournament when Chris Lynn and Dan Lawrence were fined for breaking CA’s Covid protocols in Canberra.