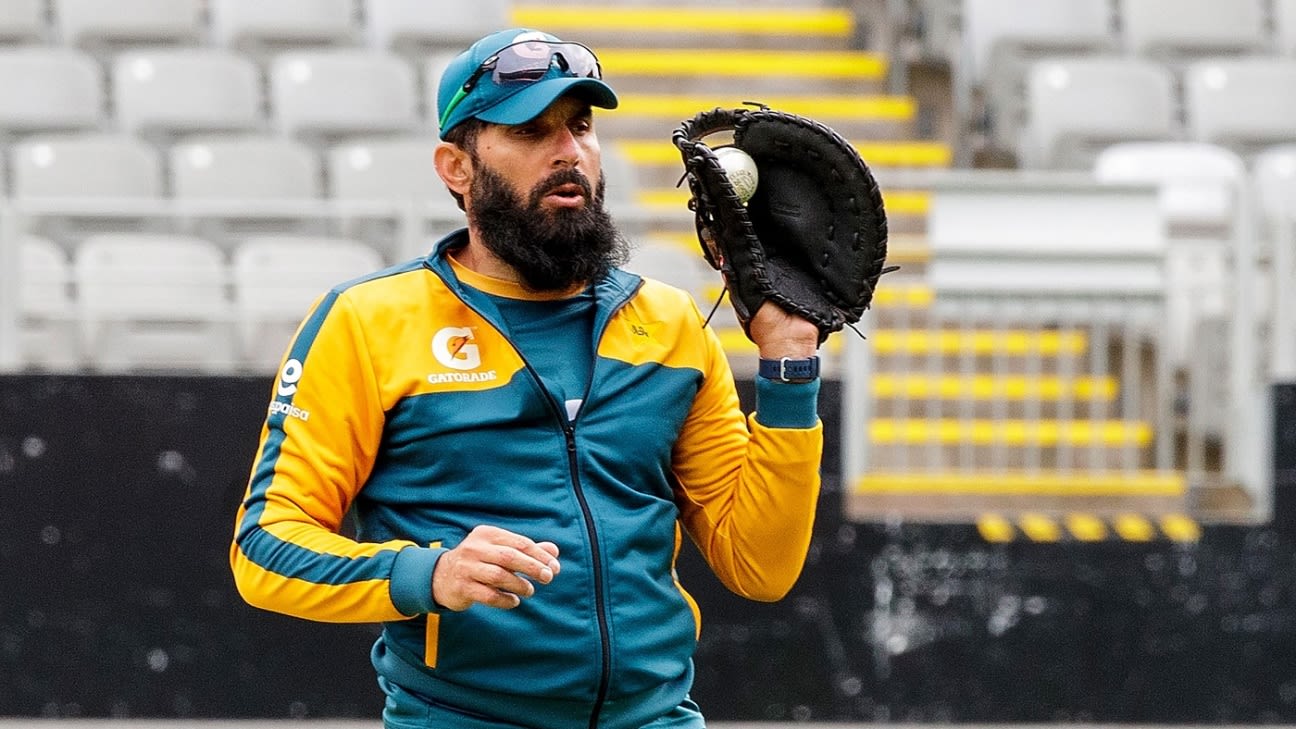 Misbah-ul-Haq has played down talk of his days as head coach of the Pakistan team being numbered, saying that stakeholders in Pakistan cricket need to avoid “being reactive”. He added that he is hoping that the PCB cricket committee’s summons to him and Waqar Younis is only a discussion to help improve Pakistan cricket and not much more.

Misbah has a three-year contract with the PCB but his position – first as chief selector and chief coach and now as only the latter – has come in for scrutiny often in the recent past as losses have piled up for the team, most recently in New Zealand. When the PCB cricket committee meets him on Tuesday, it will be the second review of Misbah’s performance in three months. ESPNcricinfo understands that the review is a routine affair that broadly covers 2020-21 domestic and international season.

“There is scrutiny and then there is an analysis of any series, which is how it should be, and I don’t mind it,” Misbah told a press conference at Gaddafi Stadium in Lahore on Monday. “But obviously there shouldn’t be any communication gap. We need confidence and continuity with no uncertainty.

“Improvement takes time and you can’t be overly reactive with it. We have young players and haven’t got experience in the side and that is why it’s taking some time to get favourable results, and this needs to be understood. I hope this committee isn’t for grilling me, but to help and share what they think needs to be done to get things better for the country.”