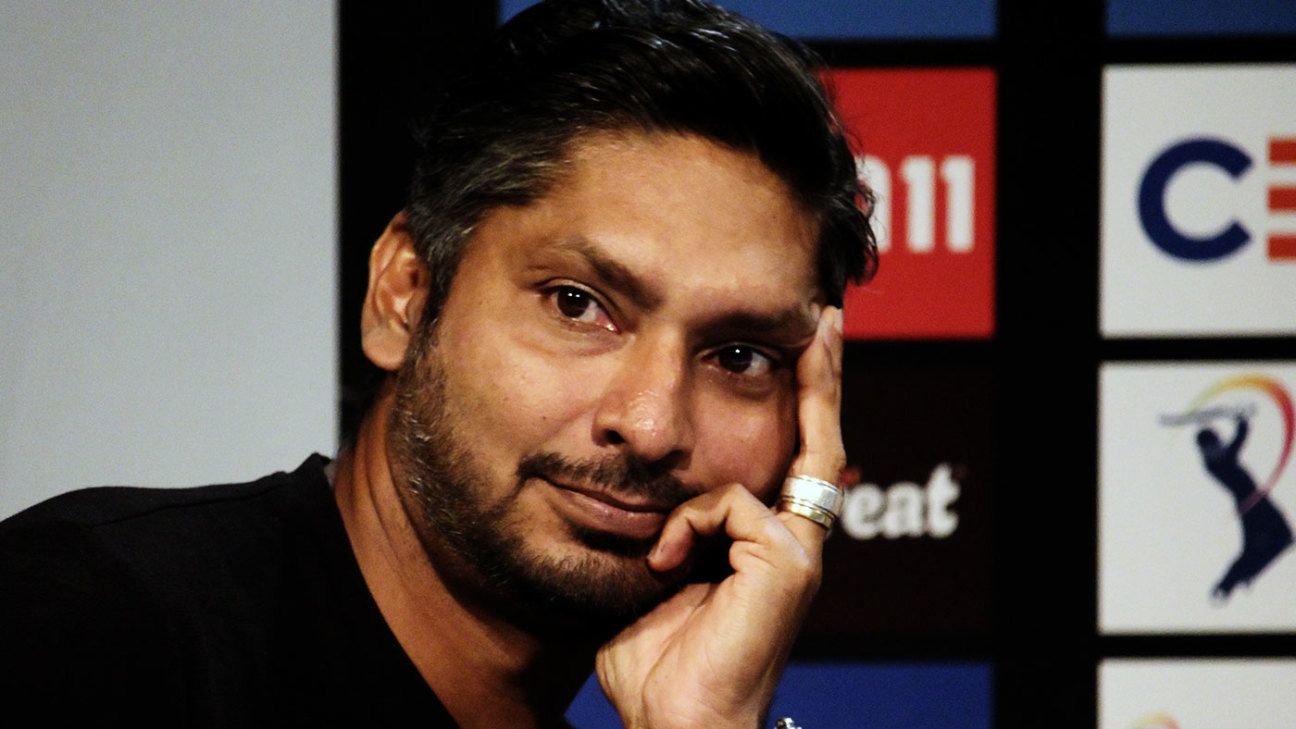 T10 could help forge cricket’s path to inclusion in the Olympics, Kumar Sangakkara, the MCC President, said. Speaking ahead of this month’s T10 League, where he will work with Team Abu Dhabi as a mentor, Sangakkara said that while it was impossible to say whether cricket might be included in the Olympics as soon as 2028, it was a case of “the sooner the better”.

“T20 has had a big push to be included in the Olympics,” Sangakkara said during a media interaction. “Would it be T20? Would they like a more condensed version in terms of T10?

“There is a lot of work to be done to get cricket into the Olympics per se. All the home boards have to buy in, the ICC has to have a good, solid push. It has to be a format that fits that sweet spot of timing and time limits and really entertains and engages the Olympic viewer because you’re not just talking about the traditional cricket spectator but also opening up completely new fan markets.

“It’s been many years since a push for cricket in the Olympics has started. It was in the Commonwealth Games for a couple of editions and I think this [T10] will be another format that might be pushed forward to see whether it’s T20, or T10, whatever works to get cricket into the Olympics.”

Last October, the ICC asked members to report on the potential financial benefits of cricket being played at the Olympics.

Eoin Morgan and, more recently, Chris Gayle – who will represent Team Abu Dhabi at this year’s T10 League – have thrown their support behind the T10 format as cricket’s vehicle for Olympic inclusion, citing its brevity and appeal to US audiences.

As the T10 League prepares for its fourth season, in Abu Dhabi from January 28 to February 6, Sangakkara could see the format taking off to the extent that existing global T20 franchises – and even sides in the new Hundred competition – have their own T10 teams as well.

“The T10 format has great potential to do just that,” he said. “Especially with the advent of the US [T20] league, it could be that it could travel beyond the UAE to the US as well.

“And if those markets all open up I think the time [will come] when IPL franchises, BBL franchises even the Hundred from London that is launching this year, might be looking at T10 as a prospective format in their portfolio. There are a lot of people, investors, potential franchise owners and cricket boards looking at this T10 format.

“Whichever country that decides to go next in terms of formulating a tournament really need to learn its lessons from tournaments such as the ones in the UAE, understand how it’s been done well and what can be done better, how to really structure a format that has longevity, that has very good and long-term benefits in terms of developing players in terms of spreading the game but ultimately also financially.”

Sangakkara said that not only had cricket evolved to the point that several formats could co-exist, but he agreed that the shorter formats were clearly becoming part of the long-form game.

If evidence was needed, take Rishabh Pant’s ability to change gears during his 118-ball 97 in a century stand with Cheteshwar Pujara, who scored a more traditional 77 from 205 deliveries in the drawn third Test in Sydney between India and Australia.

“If you take the change in terms of scoring rates over the years and the different shots you’re seeing, the reverse sweeps the paddles, the more attacking mindsets, all are a result of the shorter versions really influencing Test cricket,” Sangakkara said.

“You’ll see that trend continue and it’s great for Test cricket because it’s much more exciting to watch. Even on an entire last day batting to survive you had batsmen like Pant really upping the ante. It’s great to watch batsmen like that bat with the traditional types of a Pujara, it’s great to see how beautifully two different players with two different mindsets and techniques can co-exist in one team.”

Sangakkara said the shorter forms of the game could also evolve and become even more exciting.

“Another bumper in T20 cricket would be extremely exciting,” he said. “I’ve seen the debates as to whether the bouncer will completely go out of cricket in terms of cricketers’ safety. We have to see whether the one bouncer does go away, but a second one that really keeps the batsmen guessing would be a great addition and more exciting.

“If you take American Football, you have an offense and a defense, you could have the same with your bowling attack and two separate teams vying for the bowling innings and the batting innings. There are advancements in terms of rules and team combinations that you can play.”

While staging the T10 League during a pandemic would, as with other tournaments, face “many challenges” – quarantine, travel restrictions, bubble fatigue, lack of crowds and a potential hit to sponsorship – Sangakkara said it could also provide “a little bright spot” for those seeking escapism and entertainment amid lockdown.

The upcoming edition of the T10 League was due to be staged last November but was moved due to the IPL being pushed into that time and moved to the UAE amid the global impact of Covid-19.