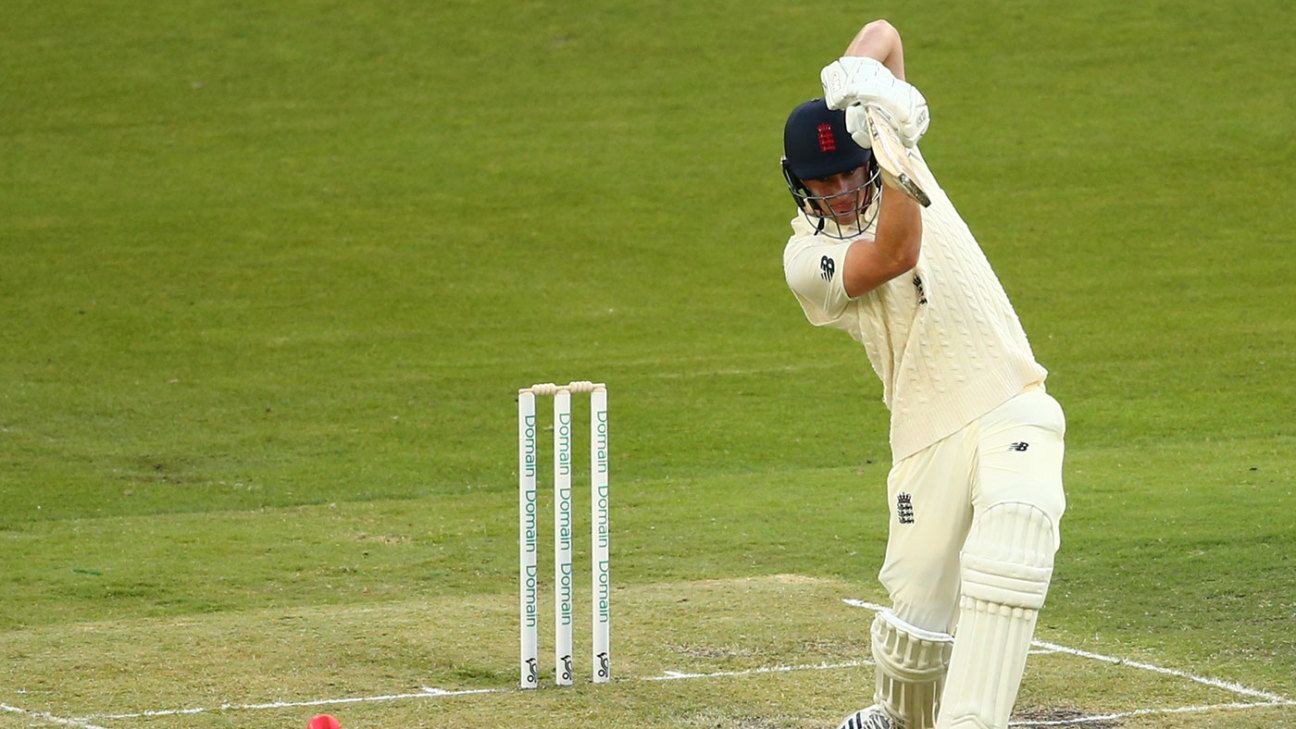 It sometimes feels as if the opposition bowling is the least of the worries facing England’s new Test batsmen.

As if taking a step up in level is not daunting enough, there is also a vast step up in scrutiny. From playing in front of county audiences – which, while bigger than sometimes credited, really don’t compare to a packed Gabba – and one or two generally benevolent reporters, players are thrust in front of dozens of TV cameras.

Suddenly, their every move is dissected, scrutinised and debated. Their dismissals are replayed; their faults magnified. Their usual TV channel of choice might feature their childhood heroes expressing doubts over their ability to survive at the top level. Social media can be even more blunt.

The “worms of doubt” – as Jonathan Trott memorably phrased it – start to wriggle into the brain. And once the self-confidence is eroded, once thoughts are focused as much on what the doubters are thinking as the ball heading their way, nervous feet become rooted and confidence-free hands start to look for the ball.

The likes of Dawid Malan, Mark Stoneman, Sam Robson and Gary Ballance have all walked this path. All were good players. All had decent claims on a sustained run in the side. With few exceptions, they left the set-up shell-shocked as much by the media onslaught as the high standard of cricket to which they were introduced. The combination is desperately tough to deal with. You could argue that the only specialist England batsman to indisputably nail Test cricket in the age of social media is Joe Root.

Dan Lawrence is, no doubt, about to discover all this. Barring late injury, he looks set to be the beneficiary of the absence of Ben Stokes, Ollie Pope and Rory Burns and make his Test debut at Galle on Thursday. Aged just 23 but having already played more first-class games than the likes of Babar Azam and Shai Hope, he has earned this opportunity. He is not obviously more talented than Ben Duckett, James Vince or Tom Westley – just a selection of those who have worked this road before him – but he might just be better mentally prepared.

He has a few other things to his advantage. For one, he has benefited from an England development system that has invested in sending him on Under-19 tours to various places – including Sri Lanka – and allowed him to spend several weeks focused on playing spin in India. For another, he is likely to bat at No. 5, which is about as good a place to start as can be expected, even in conditions where spin might be expected to dominate. The absence of spectators and most media might do him no harm, either.

Most of all, though, he seems – albeit at this early stage – to have the character to thrive in this environment. In particular, it is comforting to hear not just Lawrence but some of those who know him best insisting that he will do things his own way. That doesn’t mean stubbornly refusing to learn. But it does mean retaining faith in himself when all men doubt him. It bodes well.

“I think confidence in my own game is quite a big strength of mine,” Lawrence said after England training on Monday. “I am a big one for trying to do things in my own unique way.

“I don’t want to come into an England environment and completely change everything because that wouldn’t be true to myself. The big thing for me is having the confidence in my own game and believing I can be really successful at this level. It’s about trying to stick to my guns and what’s made me successful so far.

“Hopefully I can really stay true to myself and go out there and really express myself; not sit in a hole or let the situation get too much for me. It’s just a matter of actually going and doing it now.”

In truth, there’s nothing so outrageously different about Lawrence these days. He went through a period of taking an elaborate step back and across his stumps as part of his trigger movement. But when he reasoned this was disproportionately limiting him to leg side strokes, he reverted to something more conventional. There’s still a bit of a Dhoni-style helicopter flourish to his follow-through; still a bit of KP-style flamingo about his back leg. But the trigger is much less exaggerated. Compared to Dom Sibley or Rory Burns – who may share similar determination to do things their own way – he really is quite orthodox.

It’s been an emotional year for Lawrence. Joy at being called into the England squad during the summer of 2020 was eclipsed by the death of his mother in August. He had, he said, been “mentally prepared for the worst”, as she had been ill for some time. Things were “quite tough for a couple of months” but, eventually, he added, “it was lovely to go back and play some cricket for Essex around my really good mates, who I needed at that time. They were all fantastic.”

It’s a shame his dad, Mark, won’t be able to watch his debut in person, either. Mark remains head groundsman at Chingford CC where Dan grew-up in a home overlooking the ground and has clearly done more than anyone to groom England’s newest Test hope.

“He always wanted me to be a cricketer,” Lawrence said. “He has been very good for me. He used to feed me so many balls. I would always pester him to hit balls in the indoor nets, every day. Probably much to his annoyance. He has been brilliant.

“He played for Chingford as a wicketkeeper and from the war stories he told me, he seemed decent with the gloves. But I reckon he is a bit of a taxman; he always adds an extra 10-20% to every story.

“I would love to have him out here, as well as my brothers. But it is nice to know there will be a lot of people at home egging me on to do well.”

Indeed, there will. But it’s Lawrence’s ability to block out such thoughts – the supporters and the detractors watching from afar – that suggest this could be his first Test of many.