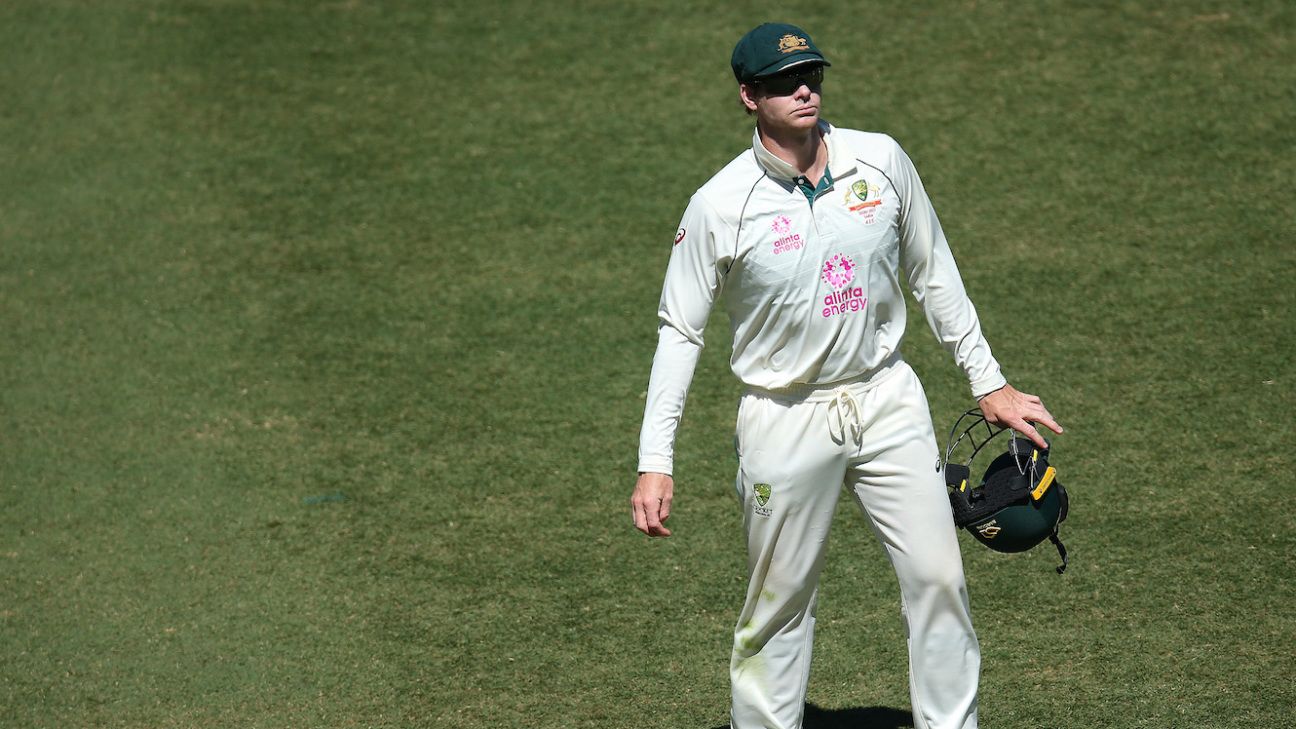 Australia have closed ranks around Steven Smith and his habit of shadow batting and re-marking guard during matches, after stump camera footage that showed him doing so during Rishabh Pant’s SCG innings raised suspicions of sharp practice.

In an episode not a million miles away from when Justin Langer once tapped the bails off during a Test in Sri Lanka in 2004, an extension of his habit of touching them regularly when walking past as a fielder, Smith was seen shadow batting at Pant’s end as if left-handed and then scraping his spikes down the line of middle.

While he apologised for his own behaviour during a Test match that Australia would most likely have won without him dropping three critical catches on the final day, Paine was adamant that Smith had meant nothing sinister or annoying to Pant by what he had done on the crease line. Even so, Paine conceded that Smith would need to reconsider venturing into those areas in future “because of the perception of it”.

“I’m glad you asked that, because I have spoken to Steve about this. And I know he’s really disappointed with the way it’s come across. If you’ve watched Steve Smith play Test cricket, that’s something he does every single game, five or six times a day,” Paine said. “He’s always standing in the batting crease, shadow batting. We know he’s got those many Steve Smith quirks and one of them is he’s always marking centre.

“He was certainly not changing guard and I’d imagine if he was then the Indian players would have kicked up a bit of a stink at the time. When he’s in the field, he likes to walk up to where he bats and visualizes how he’s going to play. Yesterday you could see him up there, playing a couple of shots as a left-hander – as if [working out] where he wanted Lyno to pitch the ball.

“And one of his mannerisms – he does it a lot – was marking centre, he wasn’t by any stretch of the imagination trying to change guard or do anything like that.”

Smith, winner of the match award for his scores of 131 and 81 – his first century on Australian soil since the Newlands scandal in April 2018 – was “quite upset” in Paine’s words to be facing further questions of his character around re-marking the crease.

“Steve’s quite upset about it. It’s something we always have a laugh about because he just loves batting so much and even when he’s out on the field he’s shadow batting and marking centre,” Paine said.

“I’m sure if people are happy to look back at the footage you’ll see it happens probably more than once a Test match with Steve. There’s no way in the world he was trying to change Rishabh Pant’s guard or anything like that. Now that it’s come up as it has it’s something he might have to look at because of the perception of it.”

The close examination of all actions and words on the field, whether through the many camera angles or the now ubiquitous recording of conversations around the stumps, did not reflect well on Australia on the final day of the Test, something Paine was more than happy to acknowledge during his unscheduled media appearance. But he also defended some of the mindless chatter being offered by the likes of Matthew Wade and Marnus Labuschagne as they fielded in close to the bat for long periods as Nathan Lyon tried to bowl India out.

“We fully understand that they are on all the time,” Paine said of the stump microphones. “Was it the stump mics that took away from the Test or me? It was probably my behaviour. I know – for some silly reason you forget at times they’re on. But I need to be better than that. I know they’re on. We’ve seen plenty of instances in the past when you can get stuck into the batsman and do it in a way that’s a lot better than the way I did it yesterday. We understand that.