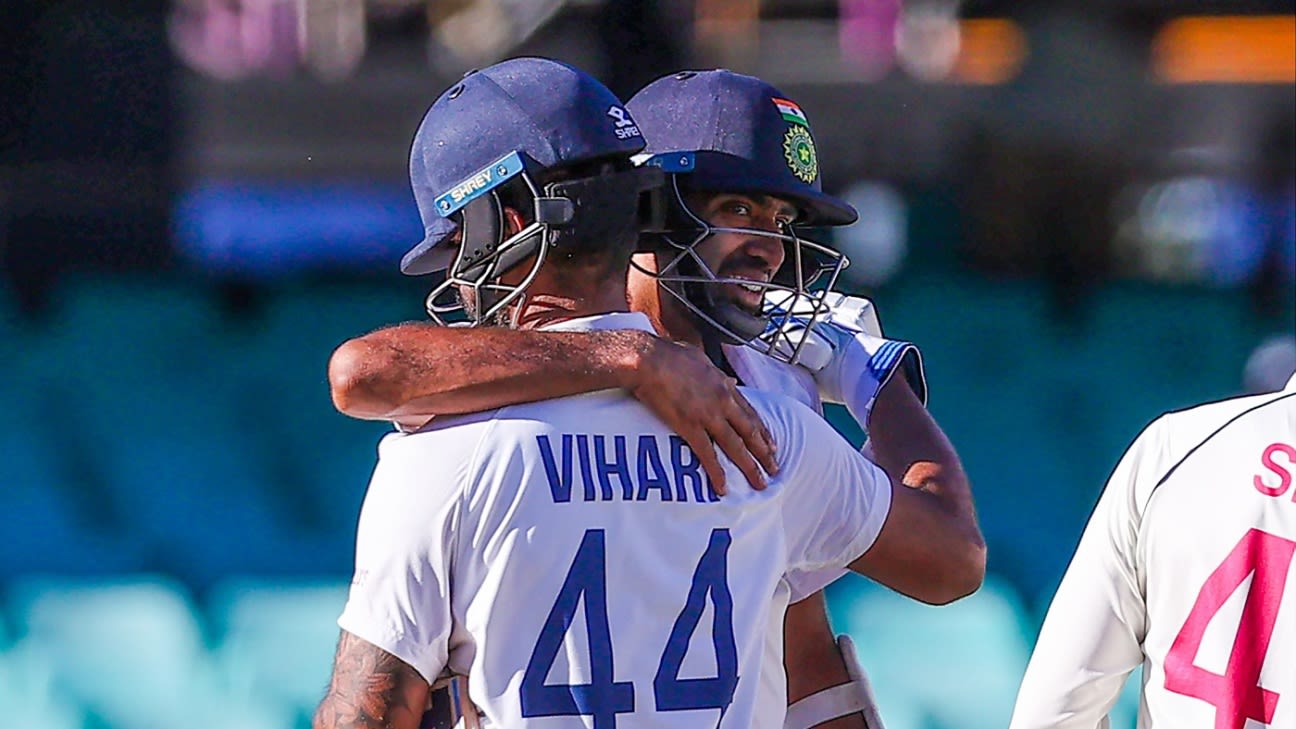 Despite four Test centuries to his name, R Ashwin, who returned battered and bruised from the barrage of short-pitched bowling at the SCG on Monday to help India draw the third Test, said his undefeated 128-ball 39 was one of his best batting efforts in what was a “fantastic” result for India, even if his desire was to hit the winning runs.

Ashwin said India were “relieved” after the great escape – earned with a lot of grit an determination – and talked up the mood in the dressing room. “The atmosphere in the dressing room is absolutely electric, everyone is relieved to a certain extent,” Ashwin told Fox Sports after the match. “At the same time, we are so very happy, I haven’t seen such smiles in a long time. Yes, the last game [Melbourne] was a lovely win, but I think this draw… in Test cricket you don’t get a lot of lovely draws and this was one of those fantastic draws.”

The day started with India, chasing 407 to go 1-0 up in the series, at 98 for 2, with Cheteshwar Pujara and Ajinkya Rahane in the middle. Rahane didn’t last too long, but Pujara battled for 205 balls in scoring 77, Rishabh Pant walked in at No. 5 and smashed 97 in 118 balls, and then it was over to Hanuma Vihari and Ashwin, who batted through the entire final session to clinch the draw when an Australian win looked the likeliest outcome.