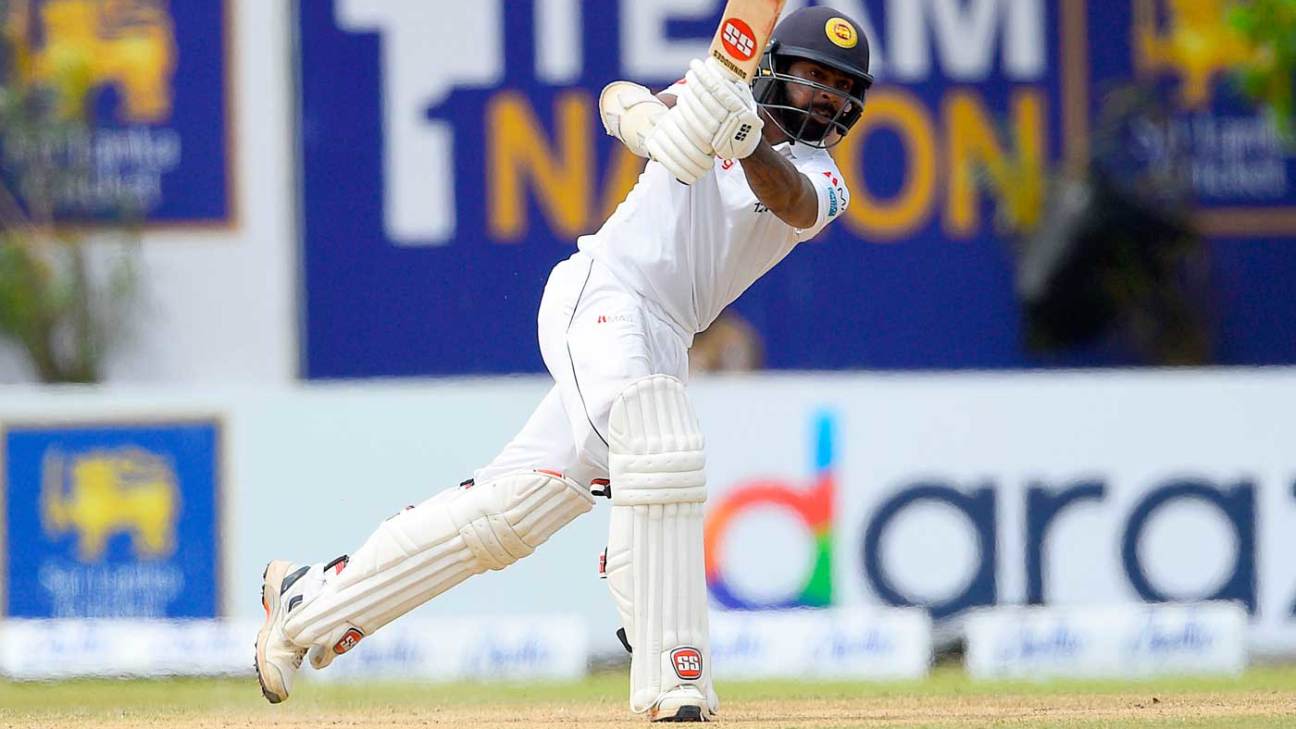 Seventy Test innings in, Niroshan Dickwella is still hunting for that big one.

Way back in 2014, when he had barely graduated from the Under-19 team, Dickwella began his Test career with a sparkling 72 off 116 balls, against a South Africa attack featuring Dale Steyn, Morne Morkel and Vernon Philander. But there have been only 15 half-centuries so far – reflected in an overall average of 30.65, and third place on the list of most runs in Tests without reaching three figures.

Following several years of improvement with the gloves, Dickwella is now considered by many to be the best wicketkeeper in the country. With Sri Lanka recently having batted him at No. 6 instead of No. 7, Dickwella hopes improvements in batting output are on the horizon too.

“I sometimes get 30 or 40, or get past that and get 60 or 70, but haven’t been able to hit a hundred yet,” he said, three days out from the first Test of the series against England. “A lot of times, I’m batting with the tail. In the previous series that changed – Dasun Shanaka and Wanindu Hasaranga were batting below. But I wasn’t able to get many runs there.

“But what I’m thinking of is what kinds of runs the team needs from me in any situation. There have been occasions where I’ve had the chance to hit a 80 or 90, or even get to 100. But there are other times the 40 that I’ve scored helps us win. I will keep playing to those situations.”

Dickwella has often copped criticism for his unconventional strokes – the reverse sweeps, scoops, and ramps that are his strength in limited-overs cricket. He doesn’t think the road to being a better batsman includes him shelving these shots. But he does want to get better at playing them.

“The shots that I get out playing are the same ones that help me score runs,” he said. “It’s the execution that’s the problem sometimes. But I’m working on how to change gears in the innings, to start scoring more quickly or slowly as the situation demands. And also on how to target specific bowlers instead of going after everyone. I’ve been working with the batting coach on that, and I hope I can get a big score soon.”

On the subject of the team England have brought this time, Dickwella felt Sri Lanka probably had a better chance on this occasion than they did the last time England toured, in late 2018. On that occasion, England trounced Sri Lanka 3-0, so it’s not much to say that the home side could possibly improve on that scoreline. But Dickwella nevertheless thought an England side missing some key players seemed a more manageable prospect.

“Compared to the 2018 series we have a better chance this time, because there’s no Jofra Archer or Ben Stokes and they are missing a few other players. We just have to play our normal game and do what we usually do in Galle.”