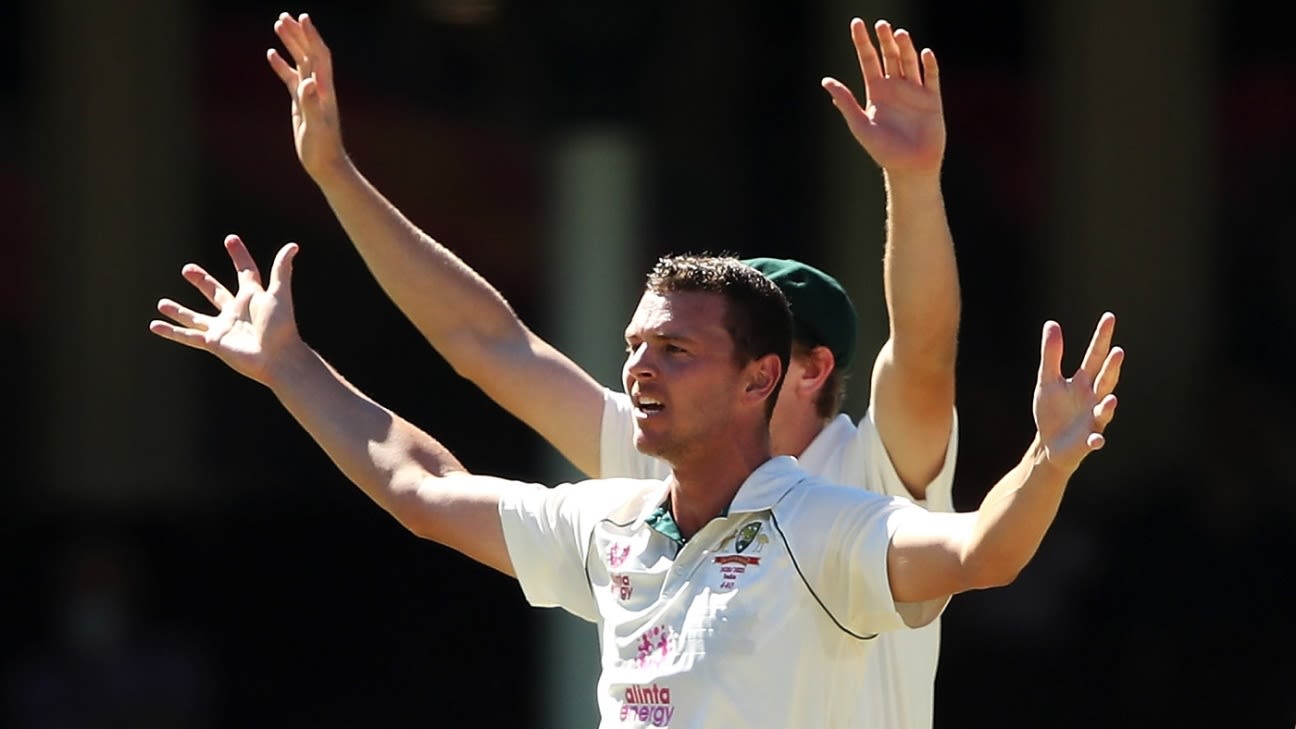 Join us for updates, analysis and colour from the fourth day of the Sydney Test

Welcome to our live report of the fifth day of the Australia-India Test from Sydney. Join us for updates, analysis and colour. You can find our traditional ball-by-ball commentary here

*Most recent entry will appear at the top, please refresh your page for the latest updates.

After toiling and toiling under the sun for 40 overs across the two innings, almost getting a wicket or two at short leg in the first innings, Lyon has a wicket and the big one of Ajinkya Rahane, with a sharp catch at short leg taken by none other than Matthew Wade who just couldn’t get to those chances when India batted first. Cheteshwar Pujara started the over by coming down on the first two balls and collecting three runs. Rahane then took strike and got a thick edge to thee fielder. And hello! Rishabh Pant has come out to bat ahead of Hanuma Vihari at No. 5. Let’s see what approach he takes here. Sid Monga chimes in on the situation:

Amid the whole debate around Pujara’s tempo in the first innings, I am sure you wondered where the team management stood on the topic. In the second innings, the team management might just have replied by promoting Rishabh Pant ahead of Hanuma Vihari to split Pujara and Vihari, who can both end up playing at the same tempo. This is a good move when the ball is around 50-60 overs old. Not so sure what purpose it serves in this innings, but the message seems to be: yes, the tempo might be an issue, and we are looking to do something about it with the limited resources we have. Also this is what R Ashwin had to say about Pant’s injury situation:

“The bruise was quite severe and it was quite painful. The elbow can be a very tricky place to deal with.”

In another development, we have confirmation that the final Test at the Gabba will go ahead after India confirmed they would travel to Brisbane, Gnasher reports. Over the last couple of weeks various concerns have been raised by the India squad, largely around the conditions of their hotel quarantine in the city, while there was briefly doubts raised when a case of Covid-19 from the UK strain was reported in Brisbane with a three-day lockdown being announced.

“I had a call last night from the BCCI secretary and he confirmed we are good to travel to Brisbane on Tuesday,” CA interim CEO Nick Hockley told SEN Radio. The squads will travel north on Tuesday following the conclusion of the third Test. India will then fly home as soon as the final Test finishes.

Welcome back for the last day of the fourth Test that may very well see a result today. The hosts are obviously on top because of their full-strength and excellent attack, their local conditions, the depleted India batting line-up (without Kohli and two injured batsmen), and the pressure of batting last on a worn out pitch to save the game. If India manage to draw this, it will surely be counted as a historic effort. Gnasher, who is a bit more awake than me, says:

So what does today have in prospect? A comfortable Australia win? India defiance that falls short? The visitors save the match? Or…surely not 308 runs? You do feel that if the overnight pair are separated early things could finish fairly quickly. Rishabh Pant is carrying an elbow injury, but he is expected to bat, while Ravindra Jadeja has a dislocated thumb and may only bat if the match situation makes it worthwhile. It will be interesting to see the tactics Australia use with the ball today. They will be hoping for some reverse swing, but there could also be some uneven bounce. There’s no great pace, so bowling straight and aiming for bowled and lbws could be on the agenda. Could be a day for catches in front of the wicket rather than in the slips. Nathan Lyon has had a quiet series so far. These are conditions look ripe for him. He still needs six wickets for 400.