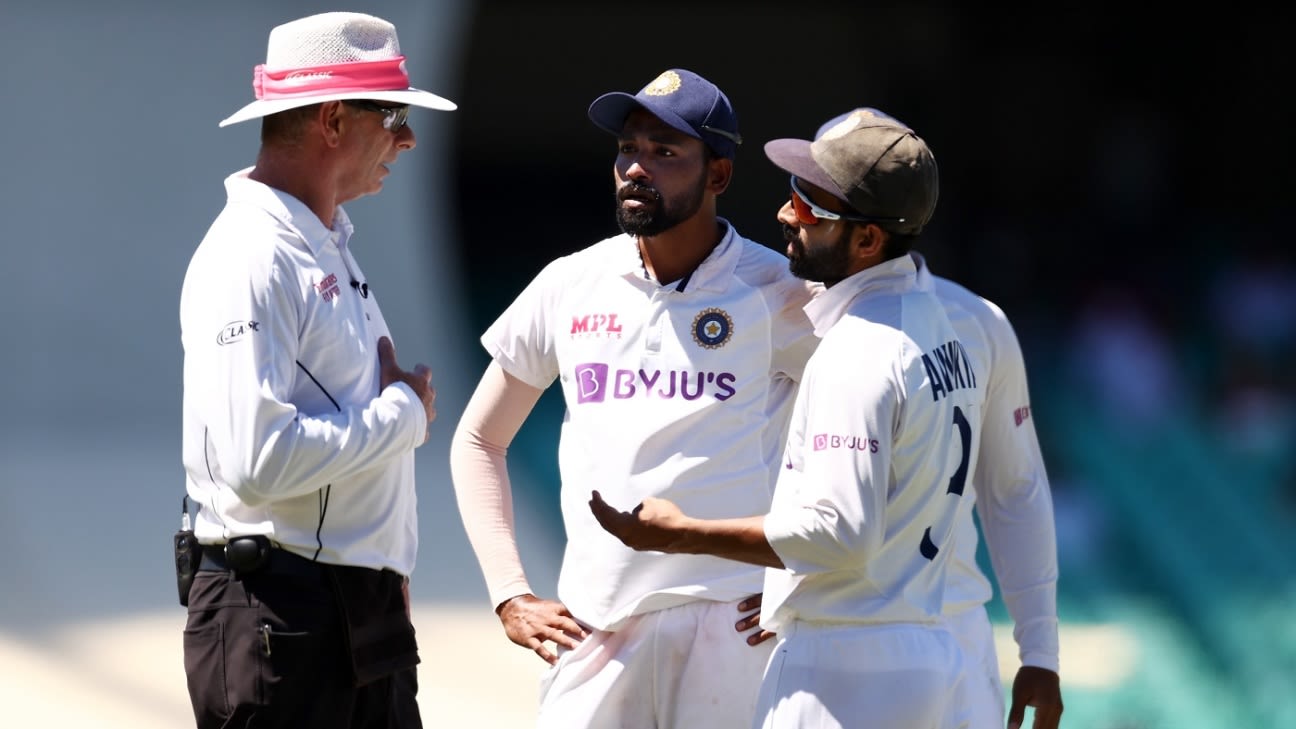 Six people were removed from the stands at the SCG on the fourth day, with play suspended for 10 minutes, after Mohammed Siraj alerted the umpires and his team-mates to further alleged abuse from the crowd following day three’s allegations of racial abuse directed at India players.

Siraj walked in from fine leg before the start of the 87th over, and conversations between the India team and on-field umpires Paul Reiffel and Paul Wilson followed, before the officials made their way towards the stand at the Randwick End.

They were soon joined by security staff while police entered the stands to identify individuals allegedly involved. A few minutes later six people were asked to leave the area and play resumed. It is understood that the six people involved are in the process of being removed from the stadium, and New South Wales Police are investigating.

The events followed India making officials aware after the third day’s play that they believed a group of players, including Siraj and Jasprit Bumrah, were subject to abuse, including racial abuse, from the crowd.

In response to yesterday’s initial abuse, Sean Carroll, Cricket Australia’s Head of Integrity and Security, said anyone who sought to vilify and/or harass had no place in Australian cricket.

“Cricket Australia condemns in the strongest terms possible all discriminatory behaviour,” Carroll said. “If you engage in racist abuse, you are not welcome in Australian cricket.

“CA is awaiting the outcome of the International Cricket Council’s investigation into the matter reported at the SCG on Saturday. Once those responsible are identified, CA will take the strongest measures possible under our Anti-Harassment Code, including lengthy bans, further sanctions and referral to NSW Police.

“As series hosts, we unreservedly apologise to our friends in the Indian cricket team and assure them we will prosecute the matter to its fullest extent.”

“At the SCG, we pride ourselves on welcoming anyone and everyone in a safe and inclusive environment. We are taking this extremely seriously. If those involved are identified, they will be banned from the SCG and all Venues NSW properties under our Act.”