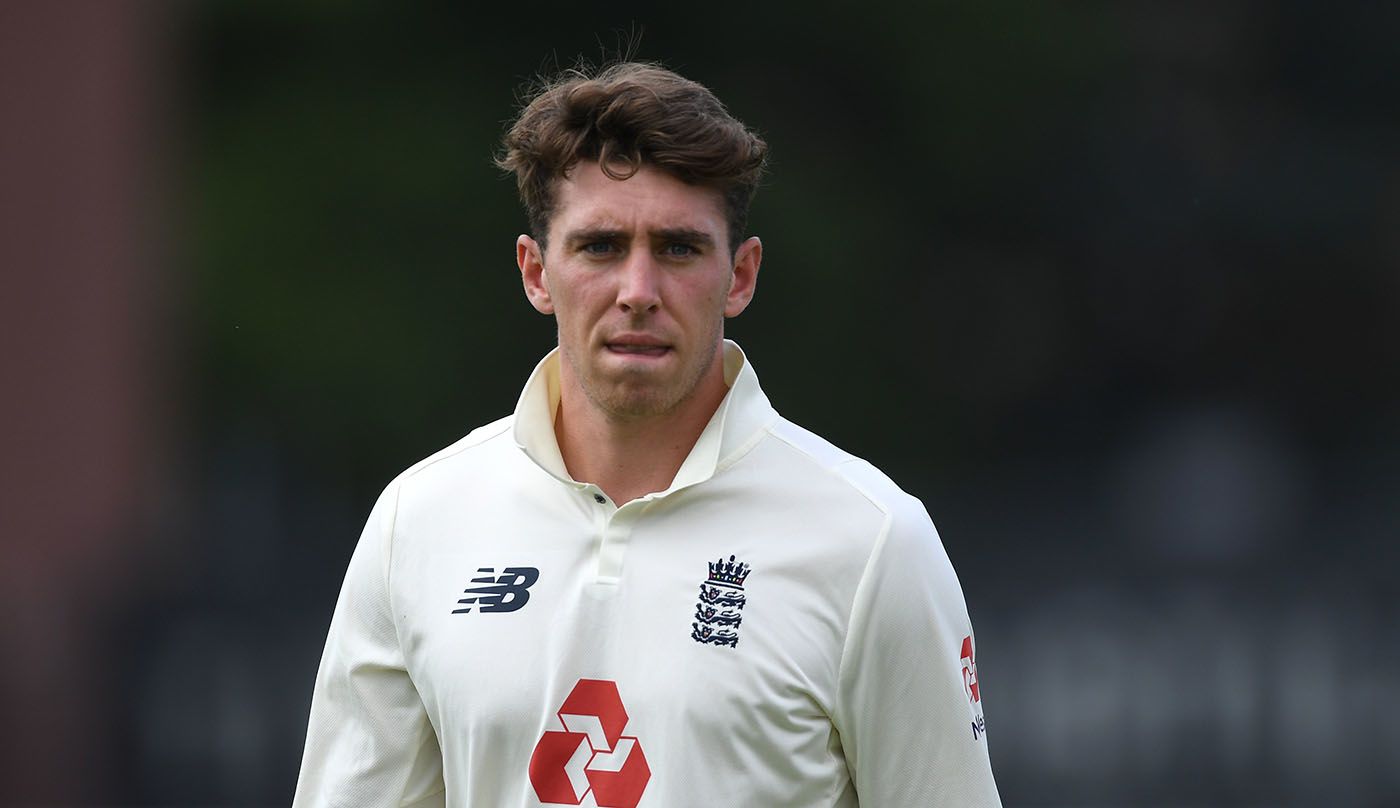 Dan Lawrence‘s England debut has always been a matter of when, not if. At the age of 17, he became the third-youngest batsman to make a hundred in County Championship history, taking a strong Surrey attack for 161 at The Oval, and he has been marked out as a coming man ever since.

The best part of six years later, that day should arrive this week: barring a last-minute change of plans, Lawrence will win his Test cap, batting in the middle order in England’s first Test in Sri Lanka. He made a fluent 46 not out in an intra-squad warm-up game batting alongside Joe Root, and looks set to slot in at No. 5 on Thursday.

There has always been excitement about Lawrence, not least because of his tempo at the crease. His strike rate in first-class cricket – a shade over 50 – does not tell the full story: much as he has the capacity to play long innings, his unorthodox, wristy technique, his fluency, and his ability against spin make him one of the best young batsmen to watch in the English game.

“I think he’s ready,” Chris Silverwood, England’s head coach and Lawrence’s Essex coach until 2017, said on Sunday. “I’ve known Dan for a long time now, having coached Essex’s second team when he was coming through there. He’s a great character and a fighter, with lots of skill there as well. Should he get the nod, we’ve got every confidence he can be successful.

“Dan has always played his way. He does not get flustered; he doesn’t care who the opposition are. He loves scoring runs, and I saw those characteristics in him as a young man coming into the Essex second team. His knowledge of the game, and how he goes about playing his skills and adapts to situations, has obviously got stronger and stronger.”

“He’s very unorthodox – he hits the ball in unusual areas,” Anthony McGrath, Essex’s head coach, told TalkSport last week. “He’s someone who looks to score and excite; he’s not someone who is just going to try and occupy the crease. He’s one of those players: when he’s batting, you want to watch him, because he’ll do something you’re not expecting.

“I think it’s going to be exciting for people who have not seen him. He’s a young player [and] he’s still developing. The best thing I can say about him is that against good bowlers, he can score off their good balls. That gives him a good chance.”

Lawrence has had a quiet period in terms of run-scoring leading into his debut series. He admitted that he found it difficult to find his rhythm in an Essex shirt at the end of last season after spending most of the summer in the England bubble, and managed only 41 runs in his four innings for Brisbane Heat in the Big Bash League.

Instead, much of the excitement around him stems from his feats last winter, when Lawrence plundered 493 runs for the England Lions in Australia – including 125 against Australia A under the MCG floodlights. Not since a young Kevin Pietersen’s star turn in India in 2003-04 had a player made such an impression on an England ‘A’ tour.

His success on that trip owed much to his own appetite for self-improvement. During the 2019 Championship season, he found himself getting out “in silly ways”, he told ESPNcricinfo last year, which he blamed on his accentuated trigger movement towards the off side. He recalled thinking “sod it, I might as well change it up” during an innings against Warwickshire, and began to focus on being as still as possible as bowlers ran in.

” I don’t think Sri Lanka will draw him into a rash shot if they bowl steadfastly a foot or so outside the off stump. He is not a dasher, more a steady accumulator.”

“I think that’s allowed him to open up the off side more,” McGrath said. “He was getting quite far across to the off stump, so everything was going to the leg side, whereas now, he has got the skill and the hand-eye [coordination] to hit it through the off side. When teams try to shut him down, for instance outside the off stump, he will then react to that.”

“It’s not that he is weak in other areas,” Sir Alastair Cook, Lawrence’s Essex team-mate, wrote in his Sunday Times column, “it’s just that hitting through the on side is a particular strength. I don’t, for example, think Sri Lanka will draw him into a rash shot if they bowl steadfastly a foot or so outside the off stump. He is not a dasher, more a steady accumulator.”

Cook suggested that Essex’s regular trophy wins at county level – they have won two County Championships, the Bob Willis Trophy and the T20 Blast in the last four years – has helped instill a bullish streak. “He is one of a cadre of young Essex players… who exude confidence,” he said. “Partly that stems from natural talent and the fearlessness of youth, but that strength of mind also derives from the validation that serial success supplies.”

Lawrence will not panic if he finds himself out of the side soon after his debut; with Ollie Pope injured and Ben Stokes rested for the Sri Lanka series, he may well be squeezed out when England travel to India immediately after this two-Test tour, even if he finds his feet at international level.

But in their absence, he has the opportunity to make selection for that series particularly difficult. “I have no doubt he is ready,” Cook said. That is as good an endorsement as a Lawrence could hope to receive.