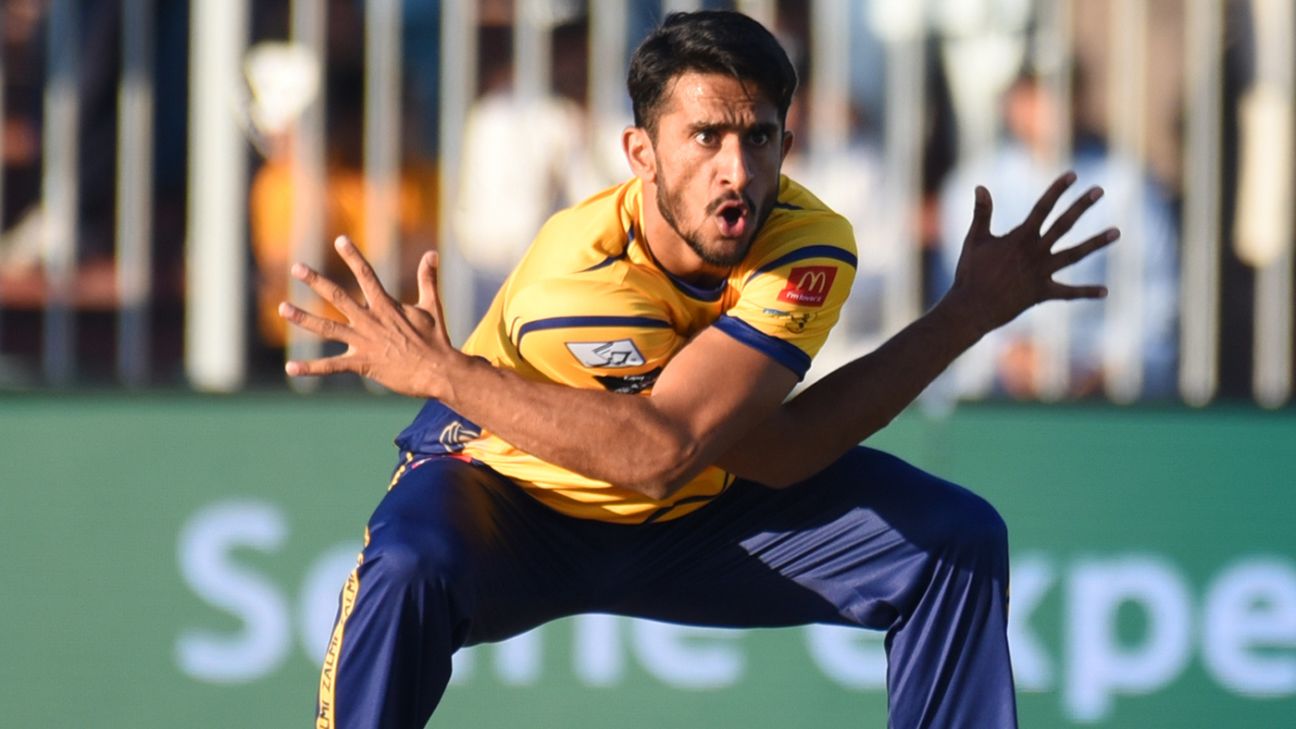 Peshawar Zalmi have released Hasan Ali, their premier fast bowler – seemingly at his own request – to end a five-year-long relationship, and have retained only five players from their previous roster despite having the option to retain a maximum of eight. The other five PSL franchises have retained their full compliment. The teams will now go head to head at the draft, in Lahore on Sunday, to complete their squads.

Karachi Kings, the defending champions, have retained their core pool of local players including Mohammad Amir and Babar Azam, but made a trade with Islamabad United to exchange Alex Hales and get Colin Ingram. The trade has also cost Islamabad their first pick in the first round of the diamond category to Karachi.

Peshawar have retained Wahab Riaz and Shoaib Malik in the platinum category – which requires a maximum of two local or two overseas players. Hasan’s release, however, was the major development, as he had been with the franchise from the first season and is the second-highest wicket-taker in PSL history. He was retained by Peshawar last year in the highest category despite uncertainty surrounding his injury, and had subsequently undergone a seven-week rehabilitation. Although he featured last season, Hasan wasn’t at his best, picking up eight wickets in nine games at an economy rate of 8.59.

Hasan was later dropped from the PCB’s list of central contracts and began the season with an injury cloud and out of national reckoning. But he then took over Central Punjab’s captaincy, turned his own fortunes around and lifted the team from the bottom of the Quaid-e-Azam Trophy table at that stage to four wins in five games. Hasan picked up 43 wickets himself at an average of 20.06 and hit a blistering century in the final, against Khyber Pakhtunkhwa, which ended in a thrilling tie.

“He was absolutely our first choice and we had no doubt about retaining him,” Peshawar head coach Mohammad Akram told ESPNcricinfo. “The kid [Hasan] started with us and we even picked him up at times when he was injured. Even this year he was the first name on top, but he was convinced that he needs move on.

“So now we have to start afresh and start rebuilding all over again. It’s been five years and we have done well playing three finals and winning one, but now it’s time to reassess our options as there have been player availability issues. So retaining only five players means we are better off going into the draft.”

Lahore Qalandars, runners-up last season, have managed to form their “ideal core” after five seasons. They struggled with injuries and player unavailability in the first few seasons, and languished at the bottom of the table more often than not.

“It is a difficult process. For the last five seasons, we weren’t able to make a core of players, with injuries and unavailability of players,” Sameen Rana, co-owner of the franchise, told ESPNcricinfo. “But eventually we got what we had hoped for. This year it was an easy retention and we had no doubt about anyone. Each and every player was an automatic selection and are the ones who played a vital role in making into the final last season. I am extremely proud of them and these are the best players we can possibly have.

“There was uncertainty around Fakhar Zaman, but we never wanted to let him go. We always wanted him at the top but it was impossible to slot him in the platinum category with Shaheen [Shah Afridi] and [Mohammad] Hafeez being the two locals, with room for just one overseas player. So it was a tough choice, but eventually we found an opportunity to retain him [Zaman] in the diamond category plus as a brand ambassador. He is a wonderful player and is part of our core.”

Multan Sultans have retained Shahid Afridi and Rilee Rossouw in the platinum category while legspinner Imran Tahir was picked up in the diamond category with a mentor role. Quetta Gladiators continued their alliance with Sarfaraz Ahmed, retaining him in the platinum category while keeping two slots open in the highest category. Shane Watson – who has retired from the game – was released, while Umar Akmal who was suspended last season, remains banned and was released as a result.

PSL 2021 is scheduled to start on February 20 in Karachi with the opening game between Karachi Kings and Quetta Gladiators. This year’s edition, with 34 matches, would be played at Lahore’s Gaddafi Stadium and Karachi’s National Stadium in a bid to manage affairs effectively around the Covid-19 pandemic. The final is slotted for Lahore on March 22.

Summary of retentions and releases