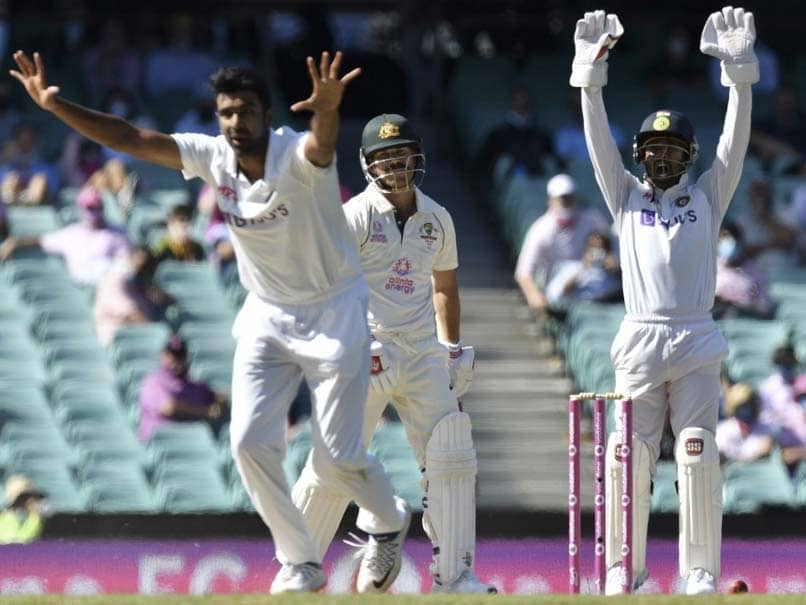 AUS vs IND: David Warner has been dismissed most often by Ravichandran Ashwin in Tests.© AFP


Spinner Ravichandran Ashwin on Saturday dismissed Australia’s opening batsman David Warner for the 10th time in the longest format of the game. On the third day of the ongoing Pink Test between India and Australia, Ashwin sent Warner back to the pavilion in the 10th over of the second innings. Warner is at the top of the list of batsmen most often dismissed by Ashwin. The off-spinner has dismissed England’s Alistair Cook nine times while he has dismissed Ben Stokes on seven occasions in the longest format of the game. Only England’s Stuart Broad has dismissed Warner on more than occasions than Ashwin. Broad has had the better of Warner on 12 occasions in Test cricket.

Ashwin bowled a slider to Warner and the left-handed batsman opted for the sweep, but he was beaten by the ball and it hit his pad. The Indians started appealing and the on-field umpire Paul Reiffel gave the batsman out.

Warner opted for a review but it turned out to be the umpire’s call and as a result, the on-field decision stayed. Warner scored 13 runs in the second innings from 29 balls with the help of one boundary.

Earlier, on day three of the third Test, India’s middle and lower-order failed to get going owing to which, the visitors were bowled out for 244 in the second session here at the SCG.

As a result, Australia took a lead of 94 runs over the visitors. The second session saw six wickets falling for 64 runs. Pujara and Shubman Gill scored half-centuries for India, while Cummins scalped four wickets.