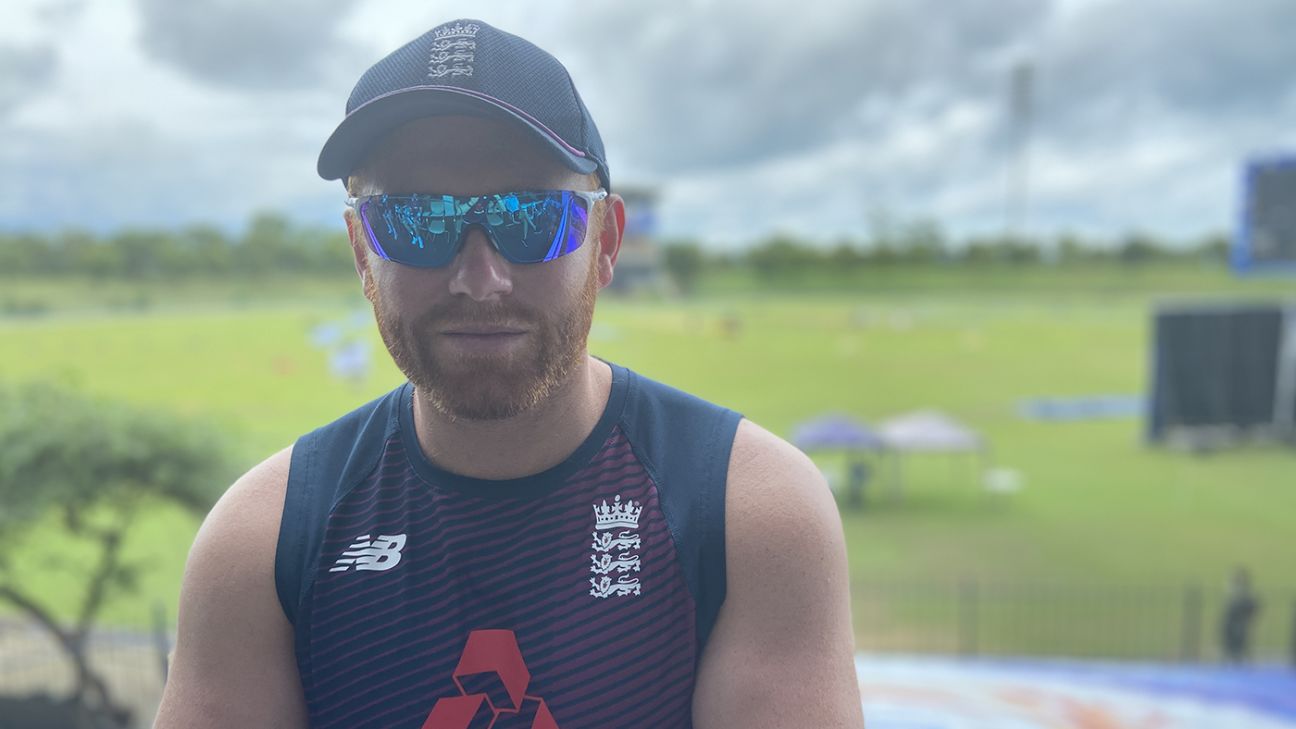 Jonny Bairstow believes he can be “a huge contributor” to England’s Test team over the next few years, claiming his game has never been better.

Bairstow hasn’t played Test cricket for more than a year and hasn’t scored a Test century for more than two years. But, despite having played only two first-class games in 2020, he looks set to bat at No. 3 in Sri Lanka.

He will go into that series with decent memories of success in the country, at least. His most recent Test century – 110 in November 2018 – came in Colombo when he was recalled to bat at No. 3 in the final match of the series. However, he has averaged just 18.55 in 10 Tests since the end of that tour.

“I genuinely think my game’s in the best place it’s been,” he said shortly after England completed their first training session in Hambantota. “Obviously there have been periods when I’ve wanted to work on different things. Techniques do change; they’re ever evolving.

“The work I’ve put into my game and the runs I’ve got left in the tank over the next three, four, five years… I definitely believe I can be a huge contributor to English cricket in the Test arena. I’ve proved it in the past.”

It was interesting to note that Bairstow talked only of “runs”. Despite improving markedly as a keeper over his time in the Test side, he would appear to be – at best – third choice keeper on this tour, behind Jos Buttler and Ben Foakes.

But, following Rishabh Pant’s tough day with the gloves in Sydney, CricViz produced some statistics to put his keeping struggles in perspective – statistics that also showed that Bairstow’s record as a keeper against spin was substantially better than Matt Prior‘s and significantly better than Buttler. Indeed, since 2010, his catch success percentage was shown to be better than that of MS Dhoni, Brad Haddin and many more.

Still, it was a keeper-batsman Bairstow compared himself to when making the point about his long-term record.

“But he’s had something like 20 [21] not outs while I’ve only had seven. So if you do the numbers on it, I’m still averaging and scoring. It’s just the not outs which are a bit different.

“I’m content with where I am in my head. I’m excited about what is to come with my red-ball stuff and that’s a good place to be.”

If Bairstow required any further motivation, he may receive it with the knowledge that Ollie Pope is set to make a partial return to action on Friday. While Pope was not named in the original tour party – not even as a back-up player – he is expected to take some part in the warm-up game as he targets the India series for a full return.

So, although Pope is not expected to spend long in the field in this game, as he builds up strength in the shoulder that has required surgery, Bairstow may feel him, figuratively at least, breathing down his neck. Rory Burns and Ben Stokes can be expected to return for that India series, too.

England also hope the warm-up match starting on Friday will provide an introduction to Jacques Kallis in his new role as batting consultant. Kallis, who arrived from South Africa on a commercial flight a few days ago, is due to leave quarantine on Friday morning. Bairstow described his involvement as “absolutely brilliant” and “a fantastic addition”. Kallis averaged 49.77 in 49 Tests batting at No. 3.

“In my eyes he is the best allrounder that there has ever been,” Bairstow said. “I’m really looking forward to listening to what he has to say and working with him.”

The warm-up game will see the England squad split into two teams – Team Root and Team Buttler – to play a two-day match. With rain expected on the second day, each side will bat and bowl for 50-overs on day one.

All this, however, is subject to Covid-19 test results. The entire squad were tested again on Thursday with an expectation that the results will be announced on Friday. Any further positive tests could prove enormously problematic.