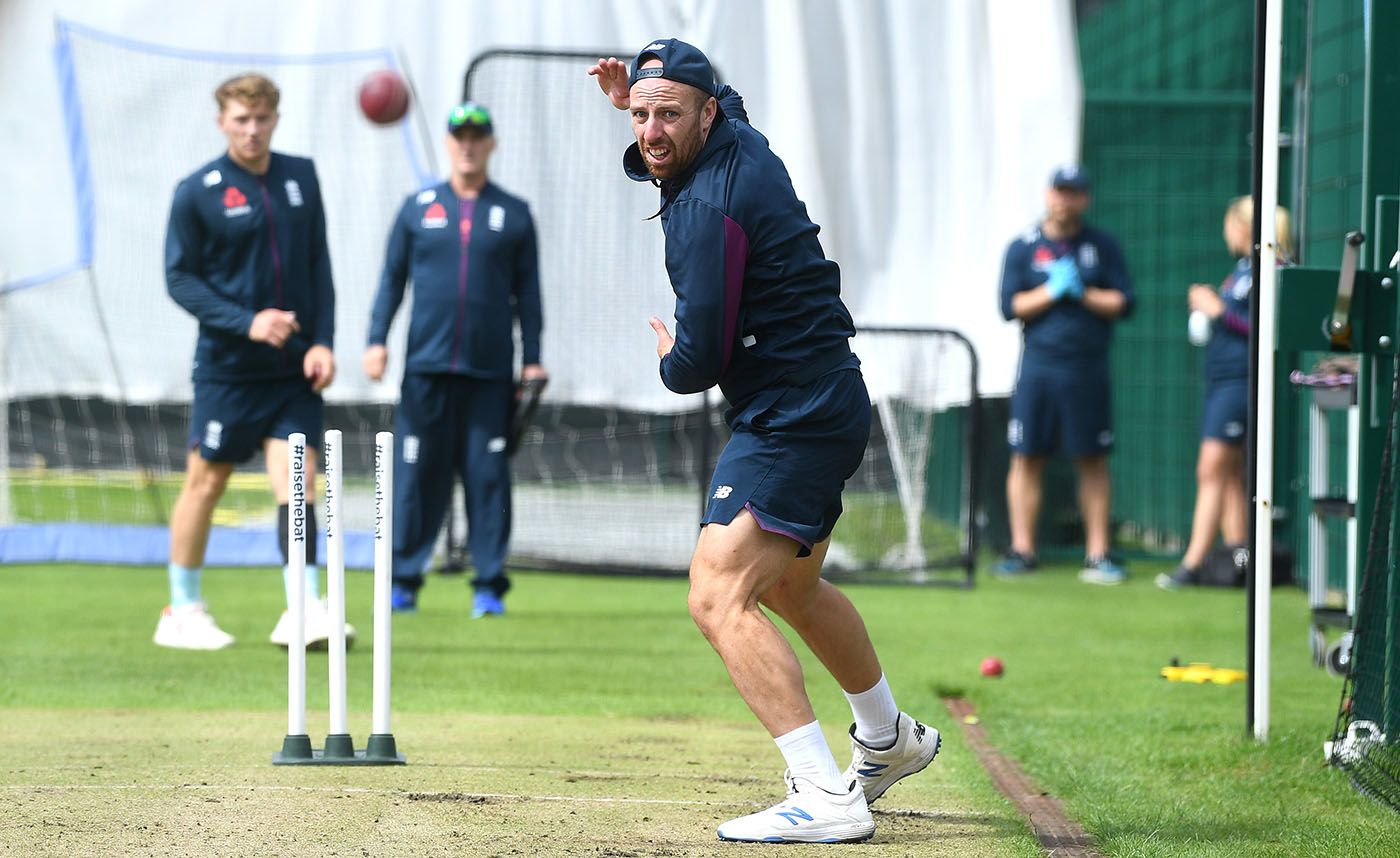 Jack Leach has admitted he has feels “vulnerable” to Covid-19 and said there have been moments when he questioned whether his health issues would prevent him ever playing for England again.

Leach has not played Test cricket since he was forced home from New Zealand due to illness at the end of 2019. On that trip he suffered a flare up of Crohn’s disease – a condition which leads to a diminished immune system – which eventually saw him hospitalised with a bout of sepsis that left him fearing for his life.

Although he was subsequently recalled to the squad that went to South Africa, he again struggled with his health and was sent home early to concentrate on making a full recovery. He has now been informed by the UK government that he is medically vulnerable to Covid-19, a scenario he described as “scary”.

“I do [feel] a little bit [vulnerable],” Leach told Inside Track on BBC Radio 5 Live. “The medication I’m on does weaken my immune system and I had some illness last winter. Looking back at the symptoms I had in South Africa, I do wonder if that was coronavirus. Obviously, from the little stuff I do know, that doesn’t mean I couldn’t get it again.

“I did get texts at the start [of the pandemic] from the government telling me I’m in the vulnerable category, which was hard to deal with because I felt like I was healthy. I didn’t feel ill or anything. That was a little bit scary.

“But I feel fit and healthy other than my Crohn’s. I have to, through my diet and supplements, keep my Crohn’s as well as it can be. It’s always going to be there. I was very ill in NZ with sepsis, which makes me feel like if I did get coronavirus, I’d be able to fight it off.”

“Speaking to the guys, there were mistakes made over there [in South Africa]. The bubble created was maybe not as secure as it should have been”

While Leach admitted that there are moments when such concerns play on his mind, he said he was grateful for the support put in place to prevent both mental and physical health issues and insisted that he is focusing on the more positive aspects of his imminent return to action in Sri Lanka. He also hinted that the protocols on that tour seem more robust than those in South Africa, where England’s white-ball squads toured in December for a T20I series and three ODIs which were ultimately postponed.

“I’ve had some really good support from doctors and psychologists,” he said. “It’s something the ECB have taken really seriously. We have James Bickley [a chartered clinical psychologist] from Changing Minds with us. He’s helped a few of the guys in the past. On previous tours we might have had a sports psychologist for a few days, but it has been ramped up for this situation. I’m certainly very grateful for that.

“When Moeen Ali had a positive test, with that comes uncertainty. It’s important we all get around each other, even if it’s just over FaceTime or WhatsApp. We’re getting a lot better at that. Men in general can be pretty poor at that, but I feel like we have a good, open group, who are prepared to say when we’re struggling. It’s been reinforced to us to get help if we’re struggling, or if we really need to go home that is an option to us. That eases the pressure on it. It feels like showing insecurity is OK and you can use your team-mates to help you through.

“Speaking to the guys, there were mistakes made over there [in South Africa]. The bubble created was maybe not as secure as it should have been. From how strict it is here [in Sri Lanka], it has definitely been ramped up. We have a Covid officer. There are checks on social distancing and masks. Lessons were learned from that series. You want to create an environment where if someone does unfortunately get Covid, we can continue to play cricket.

“With everything going on back at home, we feel very lucky to be out here, getting the opportunity to play cricket and do what we love. I try to focus on what an amazing opportunity it is to play for England and there have been times when I’ve wondered if that would happen again. [In] the last year or so there have been lows for me and you question if that opportunity will come again.”

That opportunity should come shortly. Leach was England’s joint top wicket-taker (with Moeen Ali) when they won in Sri Lanka in late 2018, and is expected to play alongside Dom Bess in the first Test. He played only one first-class game in 2020, the Bob Willis Trophy final, after spending most of the summer as a reserve in the Test bubble, but has suggested that he is an improved bowler after working hard in the nets.

“There are great memories [in Sri Lanka] from last time,” he said. “I’m very excited about the possibility of playing, but there are also some great options out here, so I’m not presuming anything. I want to put myself in as good a shape as possible for the first Test. If picked, I’ll try to do the same again.”