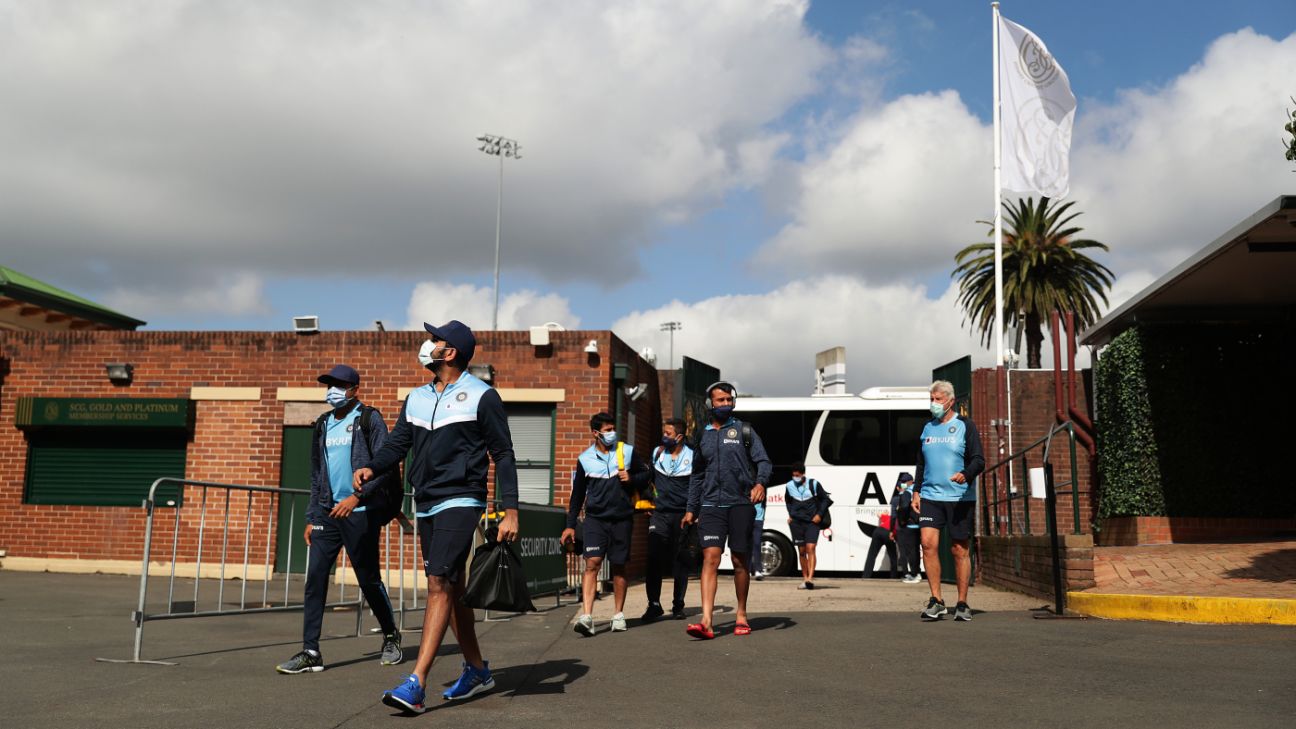 Cricket Australia will seek clarification from the BCCI after more suggestions emerged that India would not travel to Brisbane for the final Test of the series, but the Australian board continues to insist it has not been made aware of concerns.

A report on Thursday morning – day one of the SCG Test – said that the BCCI had officially written to CA to say it did not want to head to Brisbane. However, ESPNcricinfo understands that the updated plans for the Gabba Test, in the wake of the Covid-19 outbreak in Sydney which led to border restrictions to Queensland, were approved by the BCCI office bearers on December 29 and no objections have been received since.

CA has largely been dealing with BCCI secretary Jay Shah and it’s understood will seek further conversations on Thursday.
The players are not confined to their rooms when at the team hotels in Sydney and Brisbane – which have been entirely booked out by CA – and are able to mingle in communal areas. The one difference is that the restrictions in Sydney are CA protocols while those in Brisbane are imposed by the Queensland government as the terms to allow exemptions to be granted.

On the eve of the SCG Test Ajinkya Rahane, the India captain, said that quarantine was tough for the players. “We know that life outside in Sydney is completely normal but players are in quarantine, which is a challenge,” he said. “But we have to face it. We are not complaining about anything. We are just focusing on tomorrow’s game. And just want to start well tomorrow again.”

Australia captain Tim Paine had referenced the power India hold and suggested it could mean a late change to the schedule could be made. “I wouldn’t say [there’s] frustration, I’d just say a bit of uncertainty because when you hear things like that coming, particularly from India, who we know hold a lot of power in world cricket, it’s likely that it could happen.”

Green gung-ho about IPL 2023 but hectic calendar will make it tough, warns Warner
‘We are excited about the prospect of playing the WTC final’ – Babar Azam
ECB receive £400 million bid for private equity stake in the Hundred
England bat, Will Jacks debuts with Ben Foakes unwell
Zampa gets chance to push Test claims in rare Sheffield Shield appearance