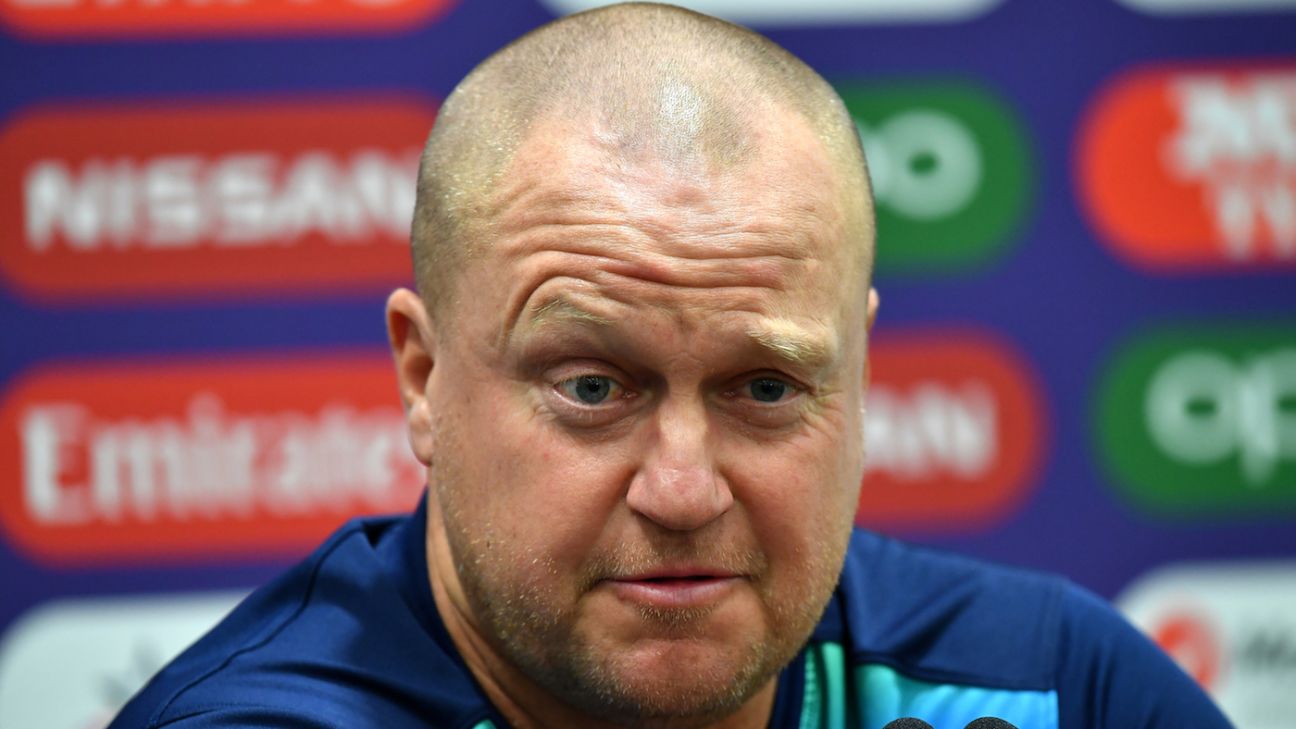 Jon Lewis will be Bangladesh’s new batting coach for their next two bilateral series against West Indies and New Zealand, according to BCB’s cricket operations chairman Akram Khan.

Lewis replaces Neil McKenzie after he stepped down from the role in August, and although Craig McMillan was named as batting consultant for the now-postponed Sri Lanka Test series, the former New Zealand batsman didn’t take up the role subsequently following a family bereavement.

“He [Lewis] is coming in a day or two, after which we will speak in person,” Akram said. “We had three or four coaches in our shortlist but we considered his experience. After discussing the shortlist among ourselves, including the head coach, we decided to select him. Due to the pandemic, nobody wants to go on a long-term contract. We will see him for a couple of series and then see if we can keep him for a longer period.”

Lewis’ last high-profile appointment was with Sri Lanka from December 2018, having overseen their progress during the 2019 World Cup. He also won three trophies as Durham’s head coach between 2013 and 2016. Lewis used to be a vastly experienced county player too, having scored 16 first-class centuries in a playing career spanning nearly two decades.

He had previously been linked with the current vacancy as England’s batting coach, after working with the one-day team ahead of their series against Ireland in August 2020.

Lewis effectively replaces McKenzie, who was appointed as Bangladesh’s batting consultant in July 2018 under Steve Rhodes, and was one of the few survivors in the coaching staff after Bangladesh’s early exit from the 2019 World Cup. McKenzie became an effective instructor and has often been credited by many Bangladesh batsmen for their progress in ODIs and T20Is. The BCB wanted McKenzie to fulfill the role for the Test series in Sri Lanka, even though he was predominantly Bangladesh’s white-ball coach, but he pulled out, citing family reasons.

Meanwhile, Akram said that Daniel Vettori, Bangladesh’s bowling coach, will continue to remain in New Zealand due to the country’s “strict and limited” Covid-19 protocols, and will only join the squad when it reaches New Zealand next month.

“We have also run into trouble with Vettori, who wanted to come [for the West Indies series]. But there are a lot of difficult formalities [strict protocols] when someone returns to New Zealand. Anyone going out of the country, has to mention when he or she is returning, and then the quarantine facilities are limited. He is going to join us when we go to New Zealand next month, and in the mean time, Sohel Islam will take his place.”