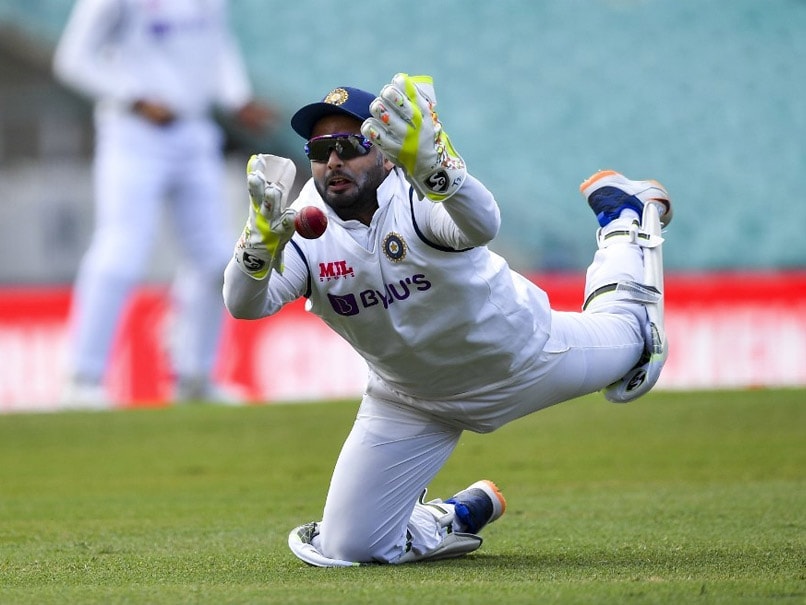 Team India wicketkeeper-batsman Rishabh Pant dropped Australian Test debutant Will Pucovski twice in quick succession, on Day 1 of the third Test in Sydney. The first opportunity came in the 22nd over, following an outside edge as Pucovski played for the turn, for a ball by Ravichandran Ashwin that kept straight. Pant got his gloves to the ball but failed to latch onto the opportunity created. The second chance came off the final delivery of the 25th over, bowled by Mohammed Siraj, who bowled a short ball, with the debutant hurried due to the pace. Pant leaped backwards and the ball bounced off his gloves. His second effort wasn’t enough as the third umpire decided that the ball would have hit the ground, and he negated the on-filed officials’ soft signal of out.

A rollercoaster of emotions for Will Pucovski! Initially given out, but on closer inspection he’s recalled to the crease! #OhWhatAFeeling@Toyota_Aus | #AUSvIND pic.twitter.com/WgT5lCRjAE

Pant’s inability to complete the catches resulted in a lot of reactions on social media, with some calling for the inclusion of Wriddhiman Saha instead of the 23-year-old.

“Fielding standards in world cricket are touching new lows. Nearly two dozen catches dropped during the India-Australia series. After the t-20 series, many catches dropped in tests. Pant drops two easy grabs in #Sydney. Many chances went begging in the Adelaide & Melbourne tests,” read a reaction from a fan.

“Pant might be a slightly better bat than Saha and a louder voice but not even a comparison with the gloves. Costly misses here as well as the ones in Melbourne. Average against spin with stiff hands / poor technique. Feel for Saha deeply,” stated another fan.

Pant might be a slightly better bat than Saha and a louder voice but not even a comparison with the gloves. Costly misses here as well as the ones in Melbourne. Average against spin with stiff hands / poor technique. Feel for Saha deeply

Here are some of the other reactions to Pant’s dropped catches:

Pucovski was finally dismissed for 62 runs off 110 deliveries, in an innings comprising of four boundaries handing Navdeep Saini his maiden dismissal in Test cricket. The Australian batsman missed a full delivery from Saini, failing to get his bat down in time with the cricketer adjudged lbw.