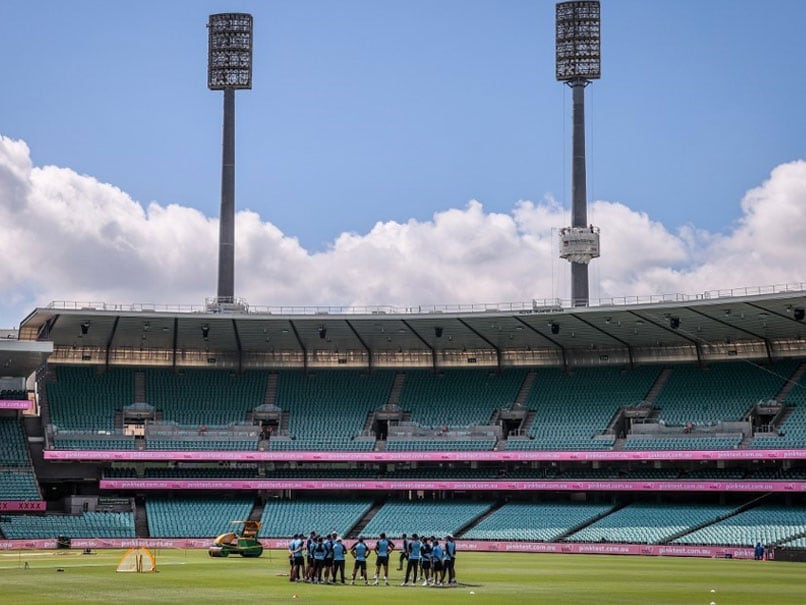 The New South Wales government on Wednesday made the wearing of face masks mandatory at all times for the crowd in the upcoming Test between India and Australia at the Sydney Cricket Ground. The third Test between India and Australia is set to begin on January 7 and the decision to make face masks mandatory was taken after one fan who attended the Boxing Day Test tested positive for COVID-19. As per a report in ESPNCricinfo, the crowd has been asked to fear face masks at all times except when eating and drinking.

Sydney Cricket Ground will be at 25 per cent capacity for the third Test between India and Australia. Anyone who attended the MCG at the date and time of the alert is banned from attending the Sydney Test. There had already been a ban on people attending from certain suburbs of Sydney based on the outbreaks in the city.

“From the moment effectively you get into the transport to get there, and get into the queue at the front door of the SCG, and go to your seat, and sit in your seat, you must wear a mask,” ESPNCricinfo quoted NSW health minister Brad Hazzard as saying.

The Melbourne Cricket Club (MCC) on Wednesday had confirmed that one fan who attended Day 2 (December 27) of the Boxing Day Test between India and Australia has now tested positive for Covid-19. The authorities also said that the patron was not infectious while attending the Boxing Day Test at the Melbourne Cricket Ground (MCG) and he has now subsequently tested positive for Covid-19.

“The Department of Health and Human Services (DHHS) is recommending those who were seated in Zone 5, located in The Great Southern Stand, on Sunday, December 27, 2020, between 12.30 pm and 3.30 pm to get tested and isolate until they receive a negative result,” said the MCC in an official statement.