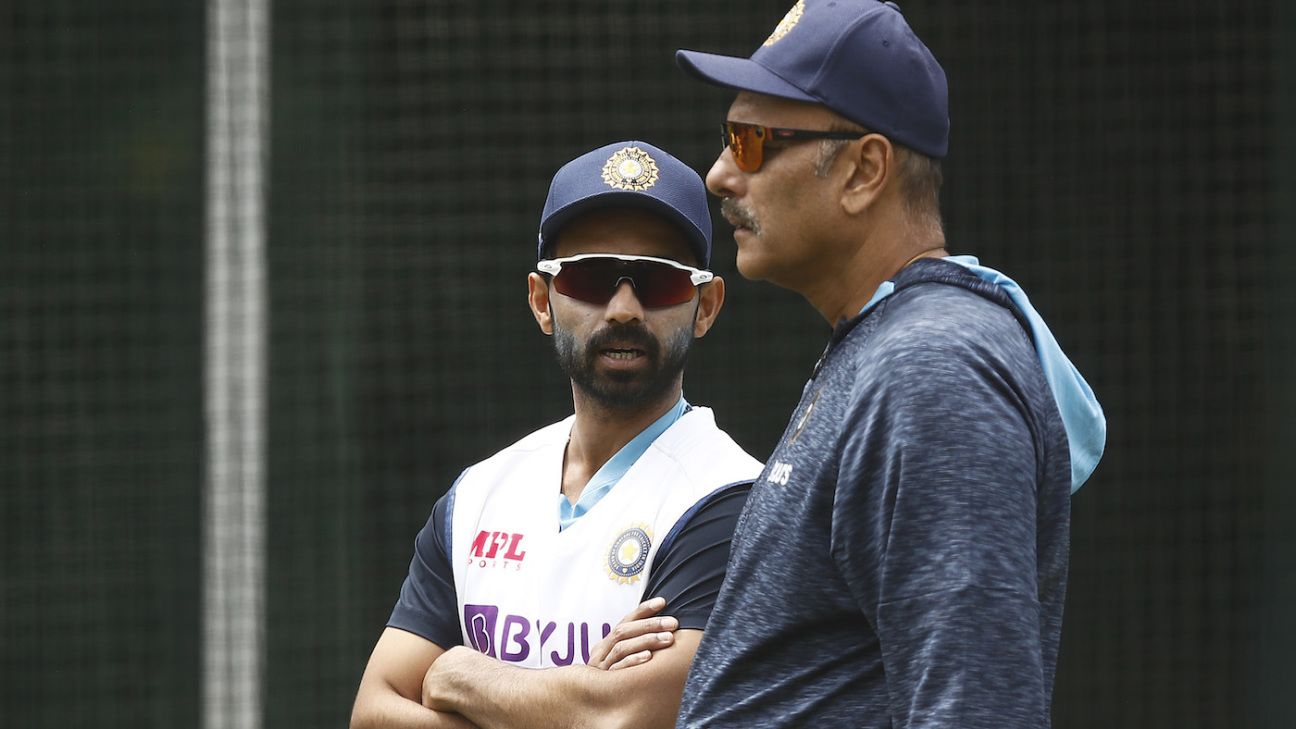 Insists India “not complaining about anything”, but are focused on the SCG Test instead

India are finding it challenging that life outside their hotel in Sydney is “completely normal” but the players are being asked to stay indoors during the SCG Test. That is the crux of India’s discontent, with the break between matches featuring whispers from sources in the Indian camp that they might even boycott the Brisbane Test if the restrictions on their movements remain.

On the eve of the SCG Test, captain Ajinkya Rahane talked about the challenge but also said the players were focused only on the upcoming Test. “Being in quarantine definitely has its own challenges, but as a team we are focussing on the game,” Rahane said. “We know that life outside in Sydney is completely normal but players are in quarantine, which is a challenge. But we have to face it. We are not complaining about anything. We are just focussing on tomorrow’s game. And just want to start well tomorrow again.”

Life in Sydney, while not completely normal, is less restrictive than the biosecure environment the players have been put in. Parts of Northern Beaches where the latest Covid-19 outbreak occurred remain in lockdown, but people are generally free to move about. However, the players have been kept in stricter restrictions because the border between New South Wales and Queensland, which will host the next Test, has been locked down as Greater Sydney is still a “hotspot”. For the teams to get an exemption to travel to Brisbane, they will have to have stayed in their hotels and the SCG throughout the duration of this Test.

There have also been reports that India might, instead of going to Brisbane, demand two Tests in Sydney if that allows them freer movement while they are in the city. Rahane was asked if that was the case, but he neither confirmed nor denied the reports.

Meanwhile, Nick Hockley, CA’s interim CEO, has maintained the BCCI has been supportive of the schedule. “We speak to our counterparts at the BCCI daily,” he said on Monday. “We’ve had nothing formal from the BCCI to suggest anything other than they’re supportive. Both teams have wanted to play the schedule as we’ve set out.”

Asked if it was annoying to be subject to fresh restrictions towards the end of a long time away from home – some India players have been in bubbles since mid-August, having played in the IPL before flying to Australia – and after they had served all quarantine requirements upon entry into the country, Rahane said: “We are not at all annoyed. There are some challenges in quarantine. Especially when life in Sydney is completely normal outside. But we are not at all annoyed. We know what our priority here is. We are here to play cricket, and we just want to do that. Starting from tomorrow, start well. As a team we are just focused on that.”

However, it might appear that the stand-off has annoyed the host team’s players with Australia’s captain Tim Paine talking about how tensions are likely to rise, making mentions of India being a “power in world cricket” in light of rumblings about the venues and the restrictions on the players. Rahane was asked if he was prepared for a less friendly contest than it has been so far, but he sidestepped the question.

“We just want to play some good cricket,” Rahane said. “As I said quarantine life is definitely a challenge when we know that in Australia, especially in Sydney, life is normal. And players are stuck in the room, but it’s okay. We know how to handle it. We are prepared for any kind of situation. As a team we just want to do well starting from tomorrow, be in the moment and play some good cricket.”