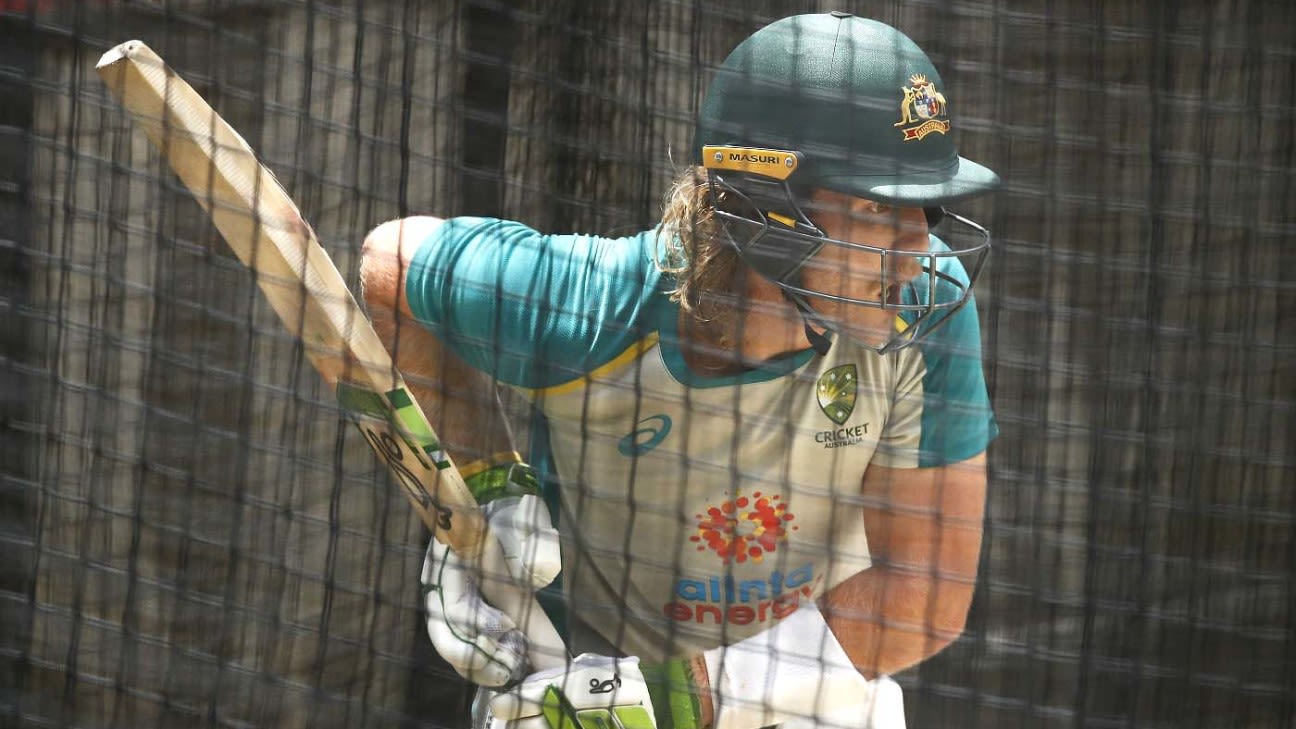 “He’s been cleared by all the medicos and he’s obviously gone through all the concussion protocols,” Langer says

Will Pucovski has sought and received assurances from an independent neurologist about the long-term impacts of repeated concussions as he inches closer to a Test debut in one of the final two Tests against India in Sydney and Brisbane.

In a telling insight as to the level of introspection being taken by Pucovski ahead of his long-awaited step onto the international stage, Australia’s coach Justin Langer revealed on Tuesday that the 22-year-old had visited the brain and spinal cord specialist to discuss his concussion history and the implications of further hits to the helmet.

That Pucovski sought out a further, independent opinion after already visiting another neurologist lined up by Cricket Australia, underlined how much he has pondered the question of taking the step up to Test cricket and the likely barrage of short balls he will face from India. Pucovski has had a long and painful history of concussions, most recently against the tourists in a warm-up match at Drummoyne Oval in Sydney shortly before the first Test.

“One was through Cricket Australia, an independent one yesterday afternoon. So, he’s been cleared. He’s been cleared by all the medicos and he’s obviously gone through all the concussion protocols, which we all know are incredibly strict these days. They have all been passed,” Langer told reporters. “And that would be very heartening for him, his family and everyone involved in it. So, he’s been cleared and there’s no reason Will can’t be selected now. It’s just now working out the balance of our team, where we are at in the series, all those things.

“As he will say in the last three years, every team he’s played against has bowled a lot of short pitched bowling to him. He’s practiced it, he’s hit thousands of short balls and he got hit the other day. I think the bigger thing for me is Will saw an independent neurologist yesterday and he’s seen a couple now, and the real heartening thing for him is that while he’s had a few concussions in the past, and they’re different, they’ve come in different ways. It’s not necessarily going to have any long-term impact on him.

“I think if you can put your mind at rest with that, then that’s a real positive for him. He’s in a great frame of mind, he’s incredibly positive about playing cricket, he’s trained hard this week, and as he and I have discussed, the only way to get back on the horse is to get back on the horse. He’s ultimately the one who’s got to make the decision. Everyone will have a different opinion on it, he’s the one who’s got to walk out there and face the short-pitched bowling.”

Langer noted that he too had sought affirmation from Pucovski that he was 100% willing and eager to play, with Australia likely facing the need to win both of the remaining Tests of the series to regain the Border-Gavaskar Trophy held by India since 2017.

“Most important for me is he looks me in the eye and says ‘I just want to play, I want to get out there, I want to get back on the horse’,” Langer told SEN Radio. “A lot of people are going to have different opinions, whether it’s the medicos or his family or friends and he’s the one who’s got to get out there amongst it and he’s really keen to do that.

“So he’s got evidence that he doesn’t have to worry too much long term, he is going to have to deal with it if things happen but that happens in the game of cricket. So, of course it is nice to hear the medical experts but for me, it is even more heartening to hear from Will himself because he’s the one who has to do it. No one else has to do it for him, he has to do it, so if he wants to take it on, then that’s the best advice I can hear.”

Pucovski’s initiation would likely arrive at the expense of the South Australian middle-order batsman Travis Head, with David Warner set to come in at the top of the order while Matthew Wade retains his place in the XI.

“There’s loyalty to all our players. And whatever way we go – the hardest thing is …it’s so hard to fit seven or eight into six. Honestly it’s the hardest part of my job, and I guess it’s because my personality is that; someone has to miss out,” Langer said. “But Heady is a good player. He’s averaging 40 in Test cricket.

“He’s a really aggressive player in the middle overs, he can take the game away. He’s one of the guys currently in the team. Whether that changes for this game, I can’t tell you. We’ve got some decisions to make over the next two days. But he’s a very, very good player. very well-liked and respected amongst the group.”

Steve Waugh: ‘The public has almost overdosed on cricket’
At home, and yet not quite – Cameron Green at the centre of unfamiliar homecoming
Holder urges West Indies quicks to not get ‘carried away seeing carry and bounce’ in Perth
Expanded women’s fixture list at heart of 2023 English domestic schedule
Gaikwad smashes List A record with seven sixes in 43-run over