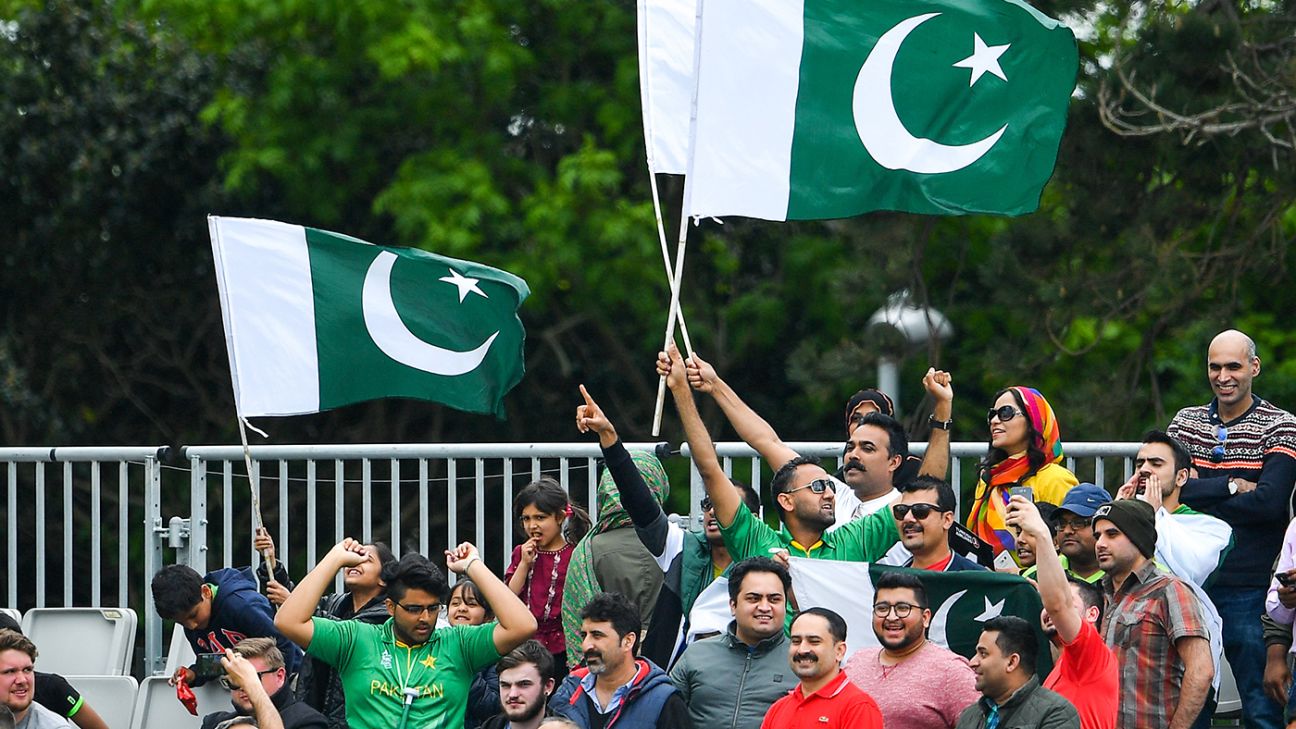 Cricket Ireland is considering staging a home international series in England this summer, with a two-match T20I series against Pakistan the most likely option.

Ireland have a packed home schedule in 2021 featuring 16 limited-overs fixtures. They will be unable to use one of their four home venues, with Clontarf unlikely to be ready to host international cricket after the square was re-laid, and while exploring their alternatives, they have been in talks with the ECB about hosting games on English soil.

Ireland had intended to stage a T20I series against Bangladesh at four different county venues last summer before the Covid pandemic wiped out their home international season. They have home fixtures lined up against Pakistan (two T20Is), South Africa (three ODIs, three T20Is) and Zimbabwe (five ODIs, three T20Is) in 2021. The Pakistan fixtures – postponed from last summer – are due to be played before their tour of England in July, and are the most likely games to be moved.

“Our international fixtures next summer are all quite compacted,” Richard Holdsworth, Cricket Ireland’s high performance director, said. “We’re going to use all our international strips at the other venues and we’re not going to have room on those grounds to play every single game at home, so we’re speaking to the ECB about the possibility of [staging games in England].

“The only team of the three that is going on to play England as well is Pakistan, so that looks like the most obvious series to play over there. We’re still waiting to hear back about scheduling, availability of grounds, and whether it’s financially viable before our board and match allocation group sign off on it. There’s a bit of way to go, but it looks possible.”

Cricket Ireland is yet to discuss the possibility with the PCB, which is expecting at least one warm-up fixture to be arranged against a county in early July. Pakistan will be involved in the Asia Cup in June, with dates yet to be finalised.

After a fallow 2020 which saw the men’s international team involved in only 12 games, the most recent of them their seven-wicket win in England on August 4, Ireland’s schedule this year is significantly busier, with seven ODIs – four against UAE, three against Afghanistan – to be played in Abu Dhabi this month. The A team, the Ireland Wolves, will then travel to Bangladesh for a long tour starting in February and set to include a four-day game, five one-day fixtures and two T20s.

“Playing home Tests is incredibly expensive without permanent infrastructure. We’ve looked strategically at what we can [afford], and with three World Cups in the next three years, that’s what we’re focusing on”

The postponed tour of Zimbabwe is due to be staged in April, though that looks in some doubt after another national lockdown caused Zimbabwe Cricket to cease all cricket activity earlier this week. A three-match, World Cup Super League ODI series is then scheduled for late May-early June in the Netherlands, leading into the home summer.

There is still a possibility that the ill-fated Euro T20 Slam will be resurrected. Cricket Ireland is still confident that the concept of a three-nation franchise tournament involving teams from Ireland, Scotland and the Netherlands is viable, but after two postponements already, that may be wishful thinking. The T20 World Cup in India then follows after the end of the home season.

While 2021 looks significantly busier in the white-ball formats, it remains unlikely that Ireland will play another Test until December, when they have pencilled in a rearranged one-off fixture in Sri Lanka. Ireland gave England a scare by bowling them out for 85 in their most recent Test, in July 2019, but they have not played in the format since. Cricket Ireland and the ECB have discussed the possibility of a Test in June, but at this stage, New Zealand are more likely to tour in that window.

“Playing home Tests is just incredibly expensive without permanent infrastructure,” Holdsworth said. “We’ve had to look strategically at what we can do with the money that we’ve got and with three white-ball World Cups in the next three years, that’s what we’re focusing on.

“We could spend half a million euros on staging a home Test, but what is the purpose? If we were pushing to get into the World Test Championship and there was an opportunity for promotion, there would be a very different rationale, but at the moment there is no context for our Test cricket.”

Andy Balbirnie, Ireland’s captain in all formats, admitted that it was “disappointing” not to have had more opportunities since gaining Test status in 2017, having played only three fixtures in those three-and-a-half years.

“My last first-class game was the Test at Lord’s, which is staggering,” Balbirnie told ESPNcricinfo in an interview to be published this week. “There’s nothing we can do as players. I’ll look back on my career and maybe be a bit disappointed that when I was close to my peak, I wasn’t getting the opportunity to play at the highest level.

“It’d be very handy for touring teams going to England to come over and play a Test like Pakistan did. Stuff like that could be so great for Irish cricket [but] the fact that it costs so much to host is just the way it is. I’m an Irish Test cricketer – it’s the best thing in the world, and I’m very fortunate to be [one]. But once you get a taste for it, you certainly want more of it.”