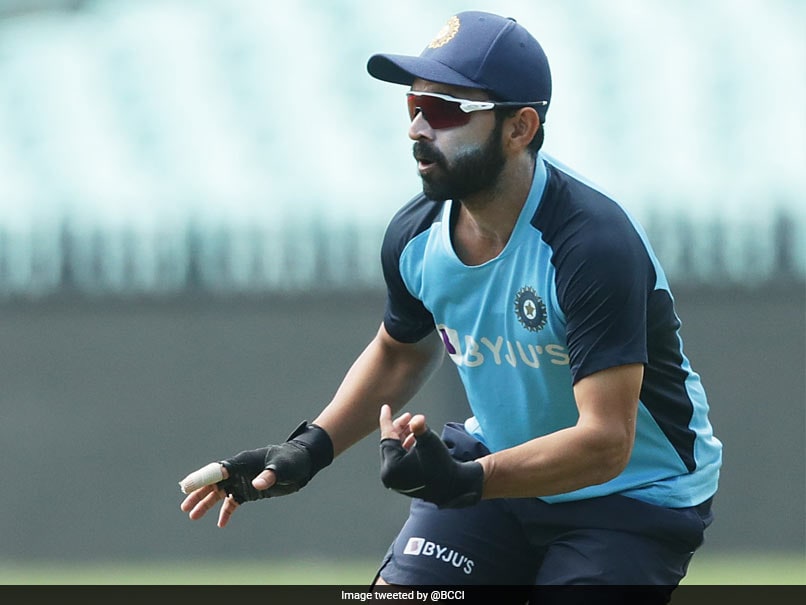 India vs Australia: Ajinkya Rahane and team warmed-up for the third Test at the Sydney Cricket Ground.© BCCI/Twitter


Ahead of the third Test against Australia, Team India on Tuesday held a full-fledged practice session with an eye on taking the lead in the ongoing Border-Gavaskar Trophy. The four-match series between India and Australia currently stands level at 1-1 and Rohit Sharma’s inclusion has further boosted the confidence of the visitors. The Board of Control for Cricket in India (BCCI) on Tuesday shared a glimpse of what lies ahead for Australia in the remaining two fixtures. In the pictures shared by BCCI, the players can be seen undergoing an all-round training session.

While spin spearhead Ravichandran Ashwin and wicket-keeper batsman Rishabh Pant can be seen warming up, last match’s hero Mohammad Siraj hit the nets to prepare for the third Test.

“#TeamIndia getting into the groove ahead of the third #AUSvIND Test in Sydney,” BCCI tweeted.

On Sunday, India’s practice session at the Melbourne Cricket Ground (MCG) was cancelled due to rain.

Meanwhile, batsman KL Rahul has been ruled out of the remaining two Tests against Australia.

The decision has been taken after Rahul sprained his left wrist while batting in the nets at the Melbourne Cricket Ground during the team’s practice session on Saturday.

“The wicket-keeper-batsman will not be available for the remaining two Tests of the Border-Gavaskar Trophy as he will need about three weeks time to recover completely and regain full strength,” said the BCCI in an official release on Tuesday.

Rahul will now return to India and he will head to the National Cricket Academy (NCA) in Bengaluru for further rehabilitation of his injury.

The third Test is slated to be played at the Sydney Cricket Ground from January 7. Both the Indian and Australian line-ups moved to Sydney on Monday.