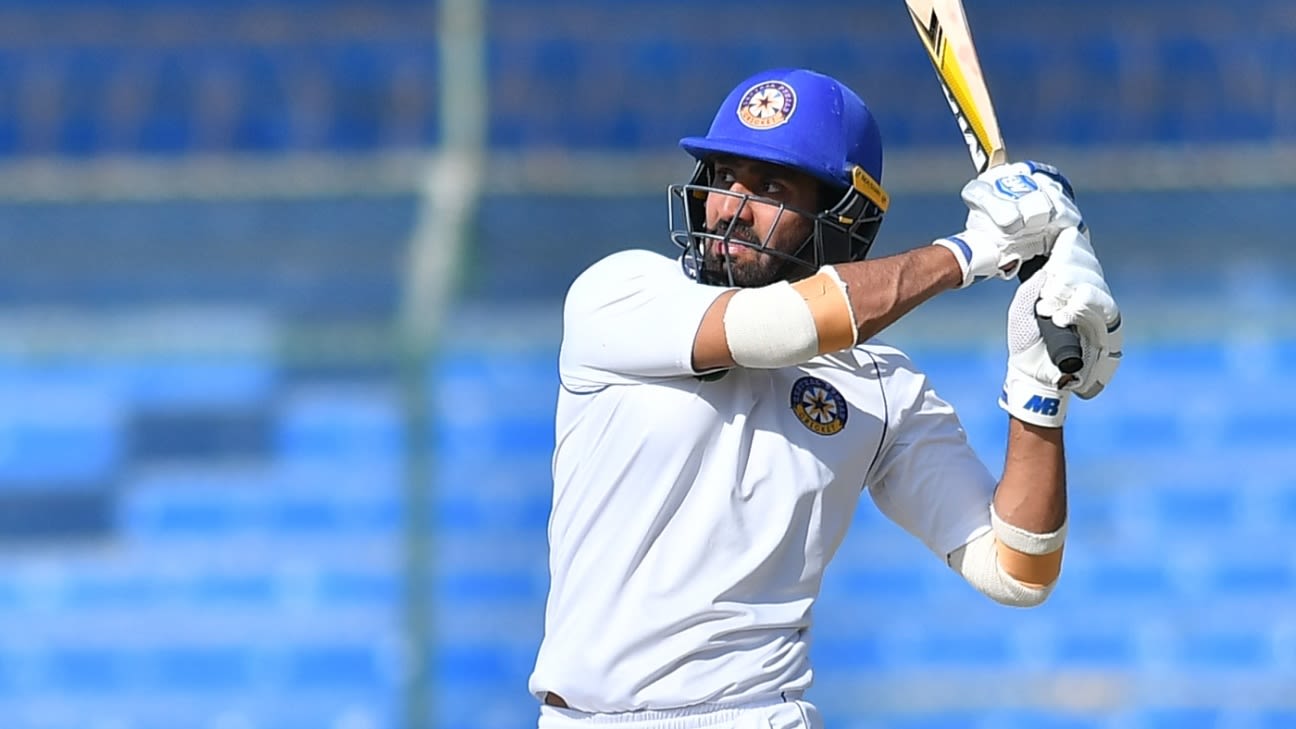 Central Punjab made a decent start to the target of 356 as they need another 216 runs to win the Quaid-e-Azam Trophy final. Usman Salahuddin and Mohammad Saad were unbeaten at the crease having scored 51 and 27 respectively as CP head into the final day with eight wickets in their hands.

The day started with Khyber Pakhtunkhwa resuming from their overnight score of 243 for 5 with a lead of 286 runs. Kamran Ghulam, managed to add 11 more runs to his 104 before departing while Khalid Usman, who was unbeaten on 14, smacked 53 off 73 balls to propel the innings. KP folded for 312 as Waqas Maqsood ripped through the tail, ending with figures of 4 for 77 to add to his 3 for 59 in the first innings.

Central Punjab, the defending champions, were off to a cautious start in the chase. The opening partnership was broken in 22nd over by offspinner Sajid Khan – the leading wicket-taker in the tournament with 64 scalps – as he sent back Ali Zaryab. Muhammad Akhlaq and Salahuddin then put up a 54-run stand before Arshad Iqbal dismissed the former for 48. Saad then joined Salahuddin at the crease as the duo batted through the final session to take CP to 140 for 2 on day four.