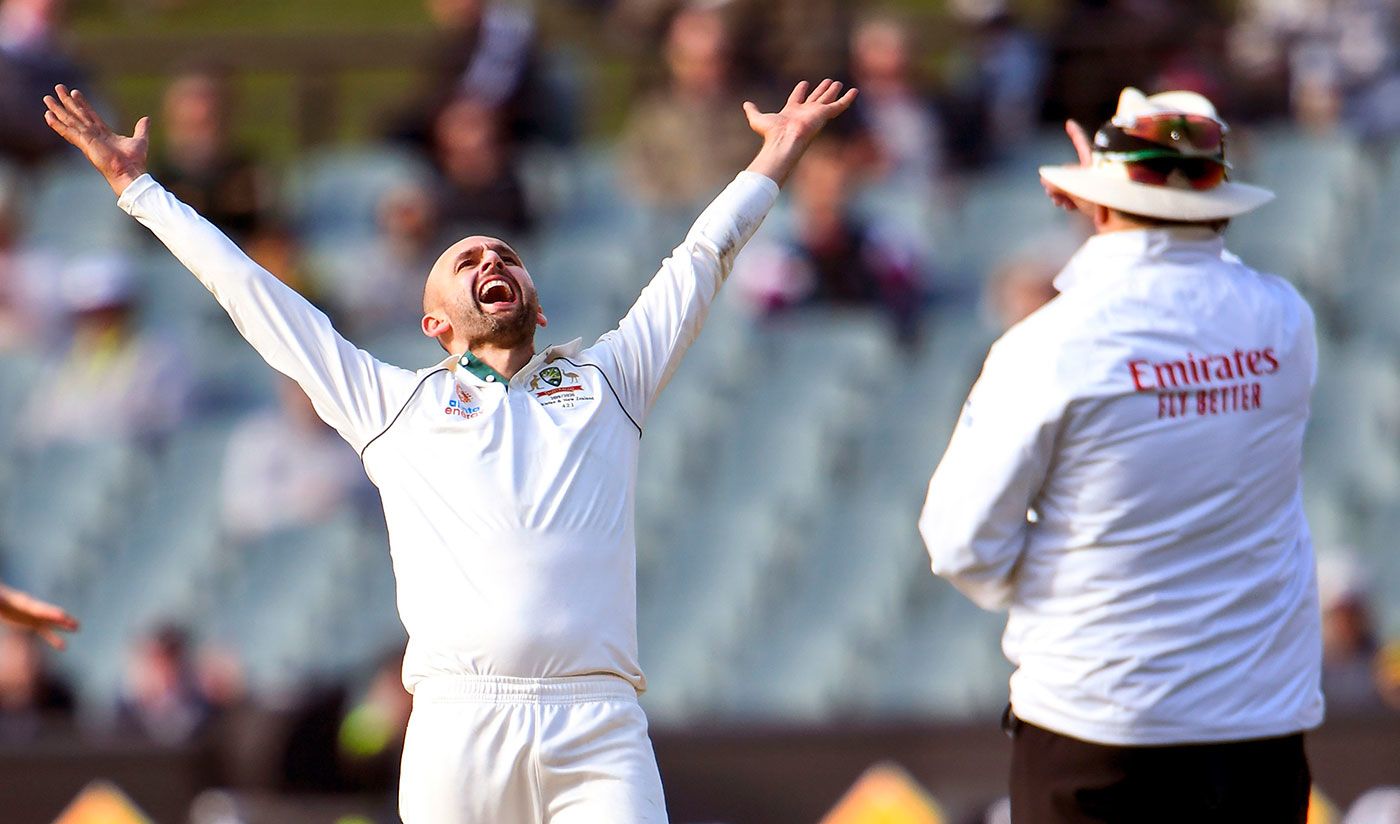 James Pattinson, meanwhile, has been ruled out of the third Test with a rib injury

Players on both sides of the ongoing Australia-India series have spent an extended period of their lives – up to six months for some – moving from one biosecure bubble to another, but Nathan Lyon believes it’s a “very small sacrifice” they’re making to play cricket during the times of Covid-19.

Amid reports that India are unwilling to submit to another period of hotel quarantine if the fourth Test stays in Brisbane, Lyon said the players would simply have to “suck it up and get on with it”.

There is still some doubt over who will host the fourth Test, but Lyon – echoing the words of his team-mate Matthew Wade yesterday – said Australia were fully expecting it to stay with Brisbane.

“To be honest, I’m not even thinking of a plan B or not playing at the Gabba,” Lyon said in a media interaction on Monday. “I 100% think we’re going out there and planning and preparing for the Gabba.

“To be honest with you with regards to the quarantine I know there’s a few people from both squads who’ve been in a bubble for close to six months now, but in my eyes it’s a very small sacrifice for us to get out there and play the game that we love and put a lot of smiles on a lot of people’s faces around the world, so in my eyes, we just have to suck it up and get on with it and get out there and play cricket for our respective countries and make sure that we’re playing a really competitive brand of cricket.”

Asked for his views on the severity of the restrictions that have been placed on the players, Lyon reiterated his view that they would simply have to “stop complaining” – though he empathised with the five India players who are under investigation for a possible breach of bubble safety.

“To be honest with you, it’s all been okay in my eyes,” Lyon said. “As I said before, we just need to suck it up and get on with it. People make mistakes, we get that, but it’s just about making sure that we go out there and we worry about what’s happening and try and make sure that we prepare the best way we can for the Test match, and not looking to anything else the media is blowing up at all.

“We’ve got to listen to the advice of our medical people, here at Cricket Australia we’re very lucky that we’ve got an amazing medical team, but to be honest with you, let’s just suck it up and get on with it and stop complaining.”

The third and fourth Tests are set to be the 99th and 100th of Lyon’s career. The offspinner is also only six short of 400 Test wickets. With the series locked 1-1, however, Lyon said the milestones weren’t at the forefront of his mind.

“It’s probably more about winning the series for me,” he said. “Obviously one-all, so if I can play my role and make sure that we win this series against a pretty amazing Indian side, so it’s more about the series for me. Those milestones will be nice to look at, at the end of my career, it’s obviously pretty amazing that a couple of them are just around the corner personally, but for me it’s more about making sure that we come out and [I] play my role, personally, but hopefully we can sing the song (Under the Southern Cross, which Australia’s players sing after winning Test matches) twice, and that will top off my milestones which are just around the corner.”

Pattinson ruled out of third Test

Australia fast bowler James Pattinson has been ruled out of the third Test against India in Sydney after injuring his ribs in a fall. According to a Cricket Australia statement, the incident occurred while Pattinson was on his personal property during “approved leave from the Melbourne hub”, where both teams are currently stationed.

No replacement has been named for Pattinson in Australia’s extended 18-member squad for the Tests. He has not played in the series yet, but “will be assessed further leading into the Brisbane Test”, which is scheduled to begin on January 15. Sean Abbott and Michael Neser are the back-up pace options in the squad, behind the first choice trio of Pat Cummins, Mitchell Starc, and Josh Hazlewood.