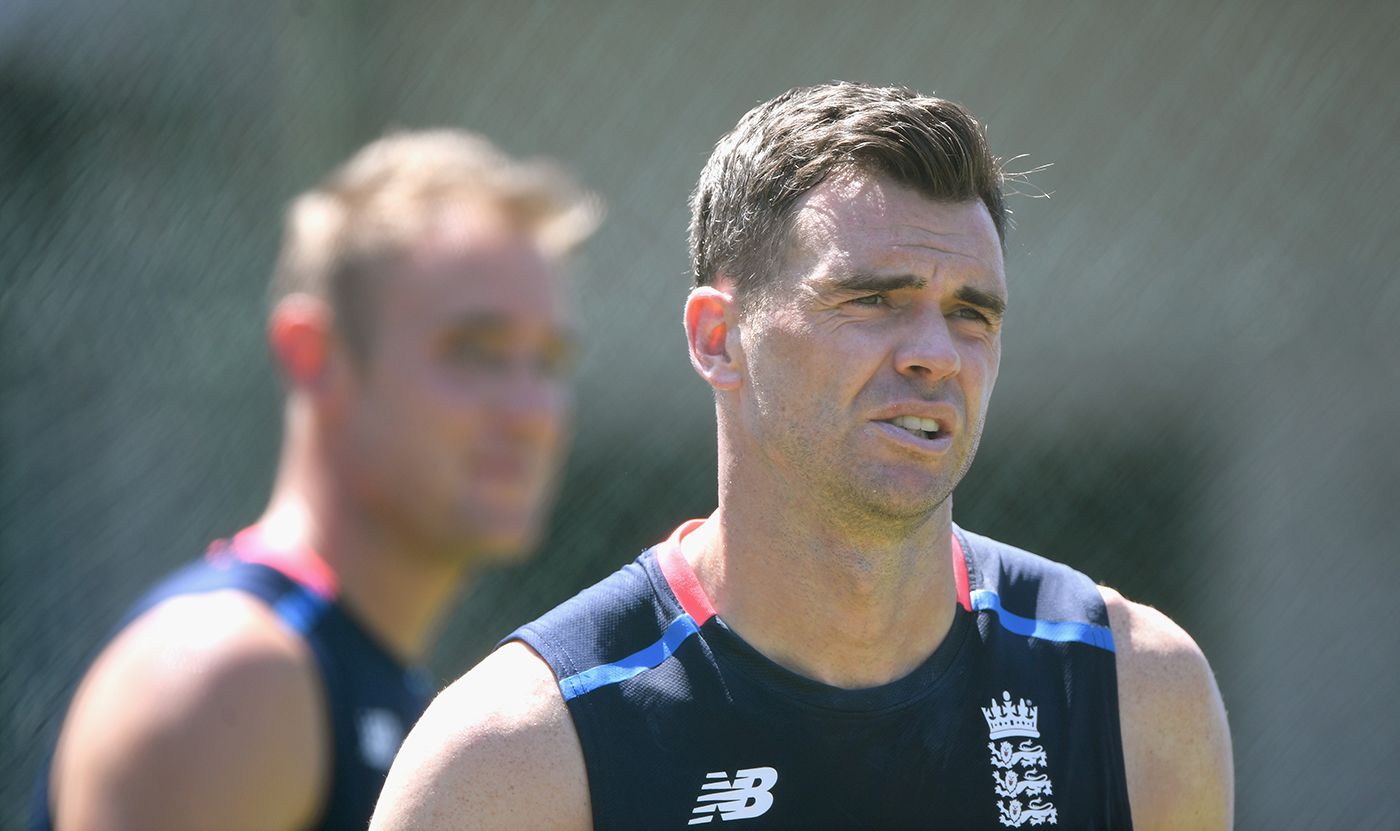 Lack of preparation time and warm-up matches is ‘not ideal’, Anderson suggests

James Anderson believes Sri Lanka may have a “slight advantage” going into their Test series against England later this month.

With Sri Lanka playing a two-Test series in South Africa and England’s red-ball specialists having not played since August, Anderson accepts his side’s preparation for this series is “not ideal”.

Instead of the period of acclimatisation which would normally precede such a series, England have had to content themselves with preparing in a large marquee at the national performance centre in Loughborough. They will also go into the first Test, which starts on January 14, without playing a competitive warm-up match.

England’s touring party are currently serving a quarantine period in individual hotel rooms in Hambantota. Subject to further negative tests, scheduled to be carried out on Tuesday morning, they will resume training that afternoon.

“The whole situation is not ideal for us,” Anderson said. “We have not got a long preparation [period] for this series and don’t have a lot of practice for the first Test, so it’s slightly unusual in that respect.

“We just have to make the best of it, hit the ground running if and when we get out of quarantine. It’s not going to be ideal and we know Sri Lanka have been playing Test cricket which maybe gives them a slight advantage. It’s something we are going to have to cope with as best we can and be right on the money.”

How much of an advantage Sri Lanka actually have is open to debate. They only played three Tests in 2020 and haven’t played one at home since August 2019. They lost the first Test in South Africa by an innings – their first international match in nine months – and have conceded a first-innings lead of 145 runs in the second.

“I’ve got myself in really good shape. I’d say I’m in as good shape as I have been in my 30s, if not better. I feel absolutely fantastic.”

A more pertinent issue for England might be picking the shape of their side for this Test series. Two of the architects of victory in 2018 – Ben Stokes and Adil Rashid – are absent, while Jofra Archer has been rested. The pillars of England’s success at home, Anderson and Stuart Broad, didn’t play a Test together on the previous tour to Sri Lanka and claimed only one wicket between them, leading Anderson to admit that he had felt like “a bit of a spare part” on that tour.

Joe Root has also confirmed that, at this stage, the plan is for Jos Buttler to keep wicket in the series. Ben Foakes was England’s keeper when they won in 2018 and was named player of the series after finishing as the leading run-scorer and impressing behind the stumps with eight catches and two stumps, but is set to be Buttler’s reserve.

While Anderson’s long-term record in Sri Lanka is modest – he has taken 12 wickets in six Tests there at an average of 46.08 – he insists he is looking forward to the challenge on surfaces which may offer him little. He is buoyed, in particular, by the knowledge that he claimed a five-for in Galle – the venue for both Tests on this tour – in 2012. He also knows that, with a four-Test series in India following on the heels of the Sri Lanka series, he is unlikely to play in every match.

“The fact we’ve not played any cricket as a Test side for quite a few months means we’re all hungry to get out there and start playing again,” he said. “They’re obviously difficult tours for seamers. But it doesn’t make it less exciting; it’s just a different challenge. There’s reverse swing; the new ball does swing. Our job might be about shorter spells and [fewer] overs in the day.

“I have had success in Galle. There are opportunities to take wickets out here. It’s not all doom and gloom. We’ve just got to work really hard and find the right ways of getting those opportunities when they come.

“I’ve got myself in really good shape. I’d say I’m in as good shape as I have been in my 30s, if not better. I feel absolutely fantastic. We’ve had quite a long time off, so I’ve been getting stronger in the gym and keeping fit.

“The six Test matches are in such quick succession that it’d be silly to think that the bowlers will get through all six. There might be some rotation as we go forward.”

While Anderson admitted England’s arrival in Sri Lanka was “unusual – the squad were met by dozens of officials in hazmat suits who ensure the tourists and their belongings were disinfected – there were no complaints. Instead, Anderson recognised the concern of authorities in Sri Lanka and any visitors from the UK, where Covid-19 is more prevalent, and said England welcomed the thorough approach. Indeed, with England having abandoned their two most recent tours, such measures might have been designed, in part, to reassure the tourists.

“It made us feel really safe,” Anderson said. “With Sri Lanka having fairly low cases, they’re taking every precaution to make sure they stay safe over here, so it was understandable those measures were taken. Yes, it looked unusual, but it’s better to be safe in this situation and we totally understood and got on with it.”

Back to the future: the remaking of Steven Smith
Brendon McCullum puts best feet forward as England brace for test of new resolve
Labuschagne: Nice to score runs when not absolutely feeling 100%
‘It gives us a breather but it’s not the ultimate goal’ – Tamim on Bangladesh’s World Cup qualification
Jaiswal and Abhimanyu hit centuries as India A dominate