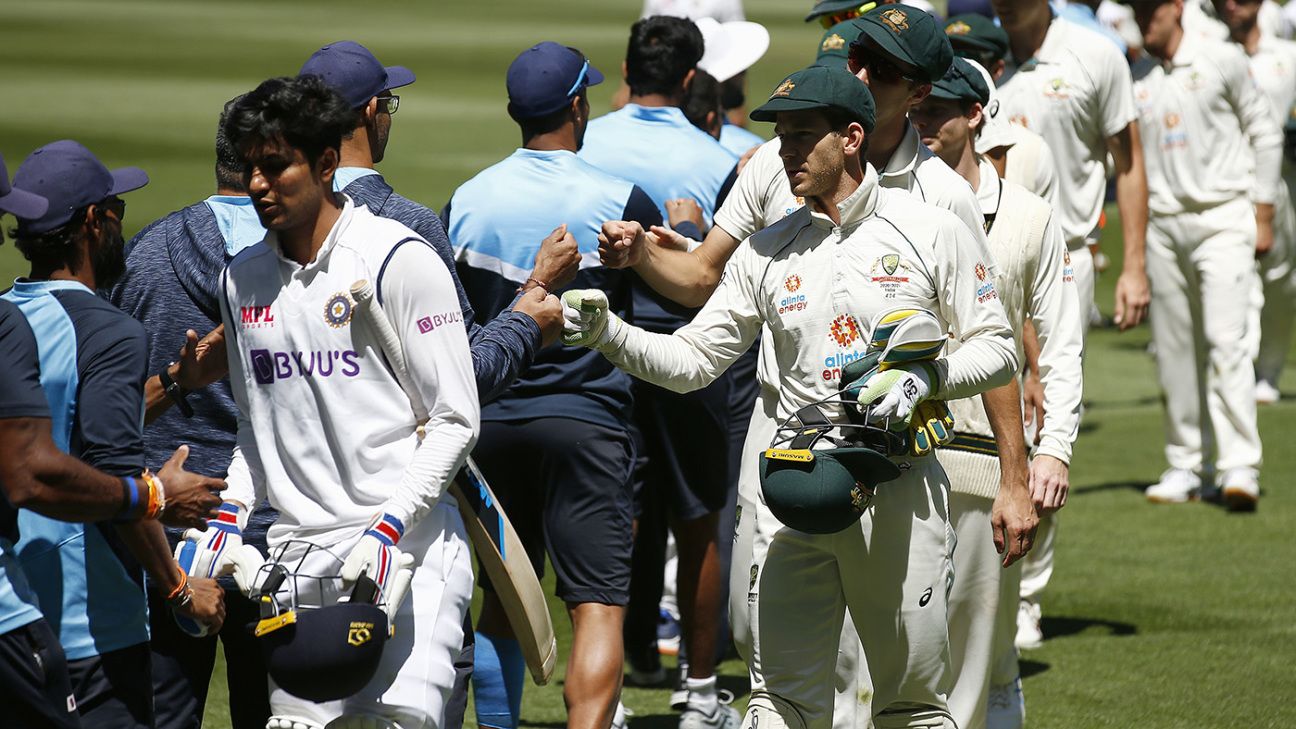 Both the teams, their support staff and the match officials for the ongoing Test series between India and Australia have tested negative for Covid-19. The tests were administered on Sunday and the results received today (Monday), the day the teams are scheduled to travel from Melbourne to Sydney for the third Test of the series that stands level at 1-1 after the Boxing Day Test.

The SCG Test will be played in front of 25% capacity crowds after a Covid-19 outbreak which began in the northern beaches region of Sydney and has since spread to other parts of the city almost forced Cricket Australia to take the New Year’s fixture out of its traditional home. This will involve a hectic process of refunding and reticketing with only three days to go to the Test.

“In response to the public health situation in New South Wales, we are working closely with Venues NSW and NSW Health to put appropriate biosecurity measures in place for our staff, players, match officials, broadcasters and fans to ensure we play the third Test at the SCG safely,” CA’s interim CEO Nick Hockley said. “Reducing the capacity of the venue is crucial in achieving social-distancing requirements, and we sincerely thank ticket-holders for their patience, as we process refunds today, reconfigure the SCG seating plan to deliver these social-distancing measures and go back on sale.”

The teams’ negative tests were also significant given the possible biosecurity bubble breach by five India players, which is still being investigated. On January 1, a video on Twitter seemed to show the five players dining at an indoors venue in Melbourne. The person who posted the video also tweeted that he paid for their meals unbeknownst to the players and was rewarded with a hug by Rishabh Pant once his act came to be known, a claim the person later retracted. The five players – Pant, new vice-captain Rohit Sharma, Shubhman Gill, Navdeep Saini and Prithvi Shaw – were placed in isolation, away from the rest of the contingent, pending further investigation.

The final Test of the series is scheduled to be played in Brisbane from January 15, but even that depends on required exemptions to travel from New South Wales to Queensland being given to the players, support staff, match officials and a small group of broadcast and technical staff. Reports that India are not happy with the hard quarantine rules that the teams might have to go through upon reaching Queensland have added to the doubts around the Brisbane Test.