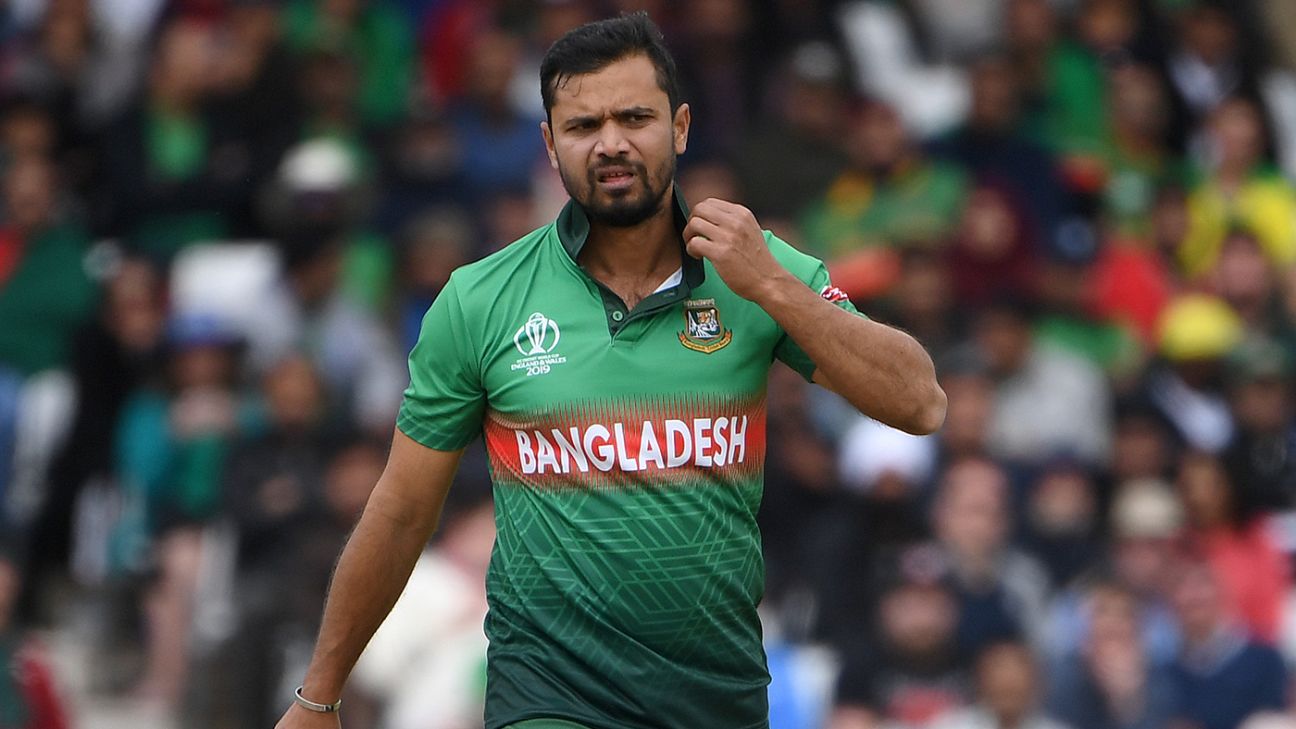 Bangladesh’s selectors picked a 24-man preliminary squad for the ODI series against West Indies later this month, but the one player they didn’t pick became the main talking point: Mashrafe Mortaza, the country’s highest wicket-taker in ODIs and longest-serving captain, was left out. Those selected will, from next week, take part in a training camp and play two practice matches on January 14 and 16, before the squad is trimmed down.

Speculation over Mortaza, 37, retiring has been a two-year affair, with the topic first coming up during the 2019 World Cup. But Mortaza has been adamant about continuing to make himself available in ODIs, even though he resigned from captaincy last February following Bangladesh’s 3-0 ODI series win against Zimbabwe, their last international series before the pandemic forced lockdown.

As recently as the Bangabandhu T20 Cup last month, Mortaza took a five-wicket haul after joining Gemcon Khulna belatedly in the tournament. But there have been growing calls from within the BCB and the team management for him to retire from international cricket. Bowling coach Ottis Gibson said in a Prothom Alo interview that Mortaza was no longer in head coach Russell Domingo’s plans for the ODI side.

“I think if Russell (Domingo) is now trying to build a team for the future, then I don’t know what part Mashrafe (Mortaza) will have to play in that. Perhaps now is his time, with all that’s going on in the world, to move on,” Gibson had said. “He can find other ways to pass on his vast knowledge and experience to the young guys. I don’t think he has to be on the field to be able to pass on what he has learned over his career. He needs to find other ways to pass on that message.”

“If his fitness is taken into consideration, he is unlikely to be selected,” Hassan told the Dhaka-based Ekattor TV last week. “But he loves taking on challenges. Whether he will play or retire, only he can decide. I haven’t had any discussions with him about it, but he was apparently told that Lord’s could be the best place. I think he is having indecision, which is a surprise because as long as he was the captain, his decision-making was clean and clear.

“Even if he is in the squad, I think it will be difficult for him to be in the playing XI. We are building towards the future, so don’t really know how long we will get his service. There’s no guarantee that if he get him in one series, whether we will get him in the next one. We also have to consider who we are going to drop to make room for Mashrafe, so these are not easy decisions.”