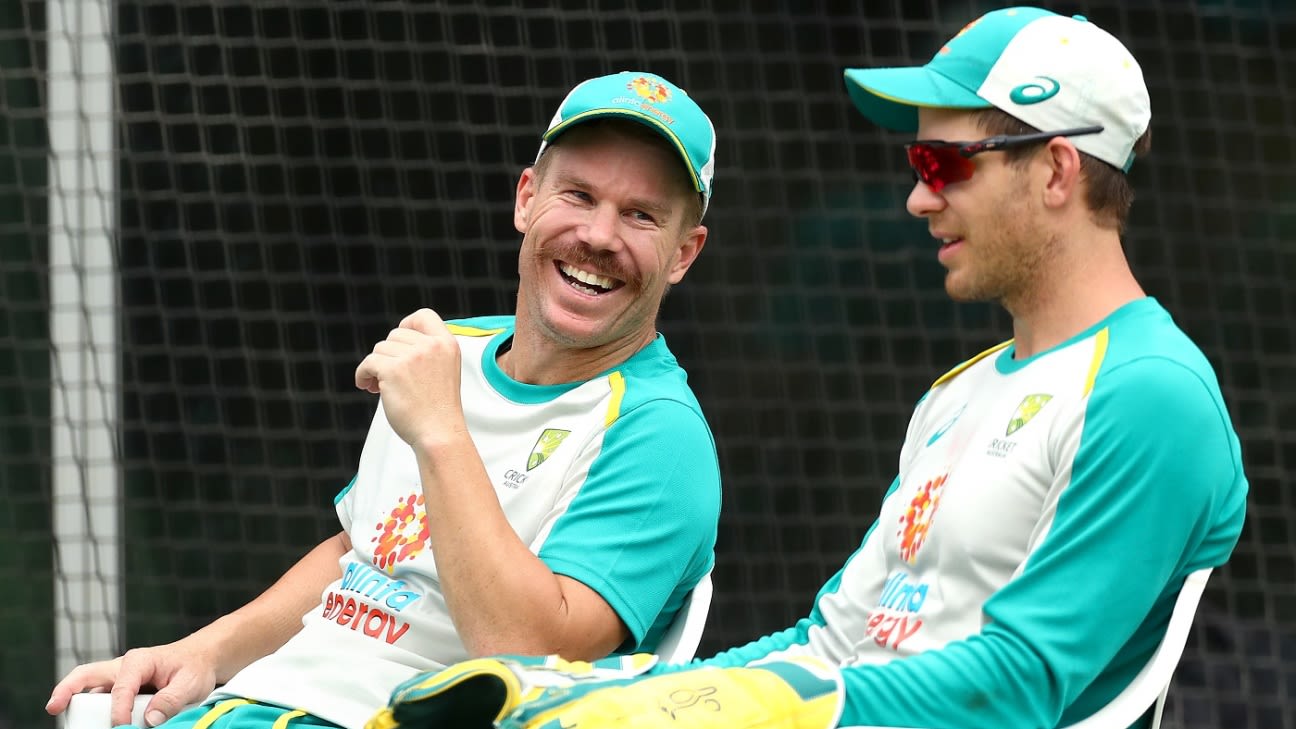 Matthew Wade expects David Warner to play the third Test against India but has no concerns over the impact his willingness to fill the opening role could have on his future position in Australia’s batting line-up.

Warner’s fitness is one of the key topics ahead of the SCG Test amid his battle to adequate recovery from a groin injury to resume his role at the top of the order. There is an acceptance, including from Warner himself, that he won’t be 100% fit and that there is a risk to him playing in Sydney but it appears a gamble that could be taken with the series level.

“We expect David to play, so it’ll either be me opening with him or they’ll make a change,” Wade said.

That other change Wade alluded to would be a debut for Will Pucovski who was ruled out of the opening two Tests because of concussion – the ninth of his career – that he suffered in the warm-up match against India in early December. Pucovski has passed various concussion protocols and trained extensively over the last two days at the MCG ahead of the teams’ departure for Sydney on Monday.

If he does get the nod and Warner is also deemed fit, for Wade to retain a place in the side he would need to return to the middle order which would put the spotlight on Travis Head at No. 5 with allrounder Cameron Green having probably done enough in the first two Tests to retain his place.

When Wade accepted the role of opening before the first Test he said there had been no assurances about what could happen down the track but hopes that he has further strengthened his versatility.

“Justin [Langer] spoke to me and asked if I’d be comfortable to do it. No one pushed me into doing it,” Wade said. “I said I’m more than comfortable to open, it didn’t worry me in terms of Davey coming back. I saw it as an opportunity to show I was versatile to bat from one to seven; I’ve batted in pretty much every position in the Test line-up, so I saw it as a positive opportunity.

“Going forward, they have someone who can cover every position and I can wicketkeep as well if something happened to Tim. I saw it as a positive rather than a worry about being picked, I’m a bit passed that now, my spot has been speculated for 10 years so pretty used to that.”

There has been some discussion about whether a Warner-Wade opening partnership would bring a more dynamic approach to Australia’s batting, which has scored unusually slowly this series, but Wade put that down to some tough conditions.

“There’s been a lot of talk around it, I’m not that aggressive to be honest,” he said. “People get carried with the way I play in white-ball [cricket] compared to red ball, over my first-class career I’m not a dasher by any stretch of the imagination. We all know what Davey does, he’s a dangerous player at the top of the order and they are hard to come by – guys that average 50 and strike at what Davey does.

“But standing in the field India have been under pressure with our bowlers for a long period as well. That’s tough, hard Test cricket, it’s not easy to score. The wickets have been the thing that have hit us more than we probably expected. In the pink-ball game we expected it to nip around and do quite a bit, but at the MCG it nipped for a little bit then took more spin than we probably expected. We have to adapt quicker to those situations. Sydney may take spin as well so we just have to be prepared.”