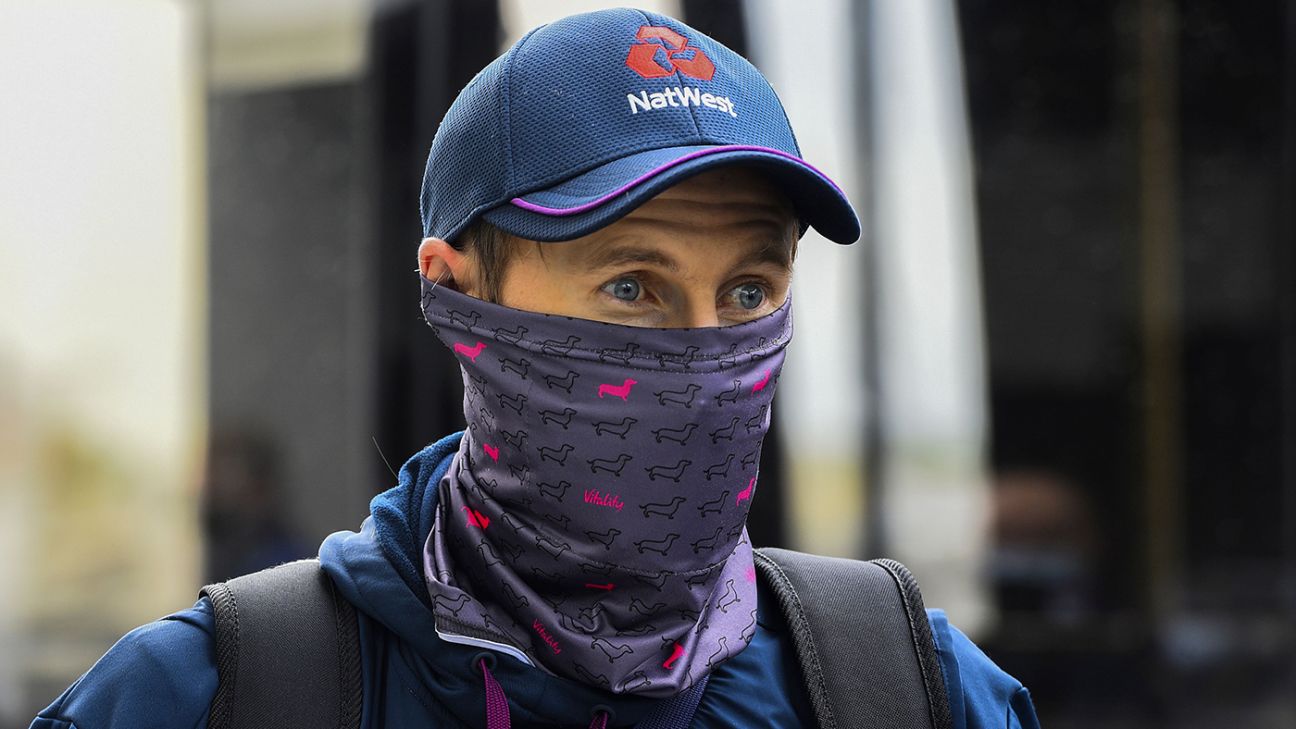 Having turned 30 earlier this week, and facing a defining year as captain that will include his 100th Test and culminate in England’s attempts to regain the Ashes in Australia next winter, Joe Root is hopeful that he could be on the brink of some of his best years as a batsman.

England have won each of their last three Test series – something they last achieved when rising to No. 1 in the ICC rankings back in 2011 – but without significant contributions from their captain. Root averaged 41.61 against South Africa, West Indies and Pakistan, with a highest score of 68 not out, and his last century came on the tour of New Zealand in November 2019, but he said he was motivated by the challenge of leading from the front ahead of six Tests in Sri Lanka and India.

“I certainly hope so,” Root said when asked if he felt he was entering his prime years. “I’ve been working as hard as ever to make that be the case. As a player you’re always trying to evolve and improve. One thing you’re always going to gain is experience and further knowledge of the game itself and your own individual game, how you manage situations. I’ve just got to try to pull all of that together and give myself the best chance to go on and make scores.

“I’m very excited about what we’ve got coming up. It’s a really exciting schedule with some good hard cricket involved in it, and some great opportunities throughout.

“It was quite a frustrating summer where I didn’t quite get going but I feel my game is in a really good place and that something big is around the corner. It’s being patient, enjoying it as much as I can and enjoy leading a side that’s improving all the time. That’s the exciting thing, the amount of cricket we have this year is a real rarity and something we’ve not had for a while – a lot of cricket in Asia, which is a great challenge.

“The next couple of series will be a really good gauge of where we are as a team and as captain you want to lead by example. In terms of motivation, there’s plenty there for me to go out and produce some big scores. In terms of conversion rate it’s a mental thing, I have to make sure when I get to 50 I get greedy, selfish and make those starts count. I have to keep working hard to get in those positions, knowing I’m a good enough player to turn them into match-winning contributions.”

While England won 3-0 in Sri Lanka two years ago, they will return with a significantly different squad – missing the likes of Ben Stokes (rested), Rory Burns (on paternity leave) and Adil Rashid (managing a long-term shoulder issue) – and Root suggested they would be “naïve” to try and replicate exactly the same formula as last time around.

“It will be slightly different,” he said. “What we have to take are the confidence and belief, the positive elements of it. We were excellent in many ways to win 3-0. But I’m sure the conditions will be different and the make of their team will be different, with a new coach, captain. And we’ve got a very different make-up to our squad as well. So it would be naive to expect the same, we have to be smart, see what’s in front of us, and play to our strengths.

“We have got some very talented players – you saw in the summer, on the surface at Old Trafford with extravagant spin, we have players right down the order who can manage that and score big runs, similarly bowlers who can exploit that and guys with experience from last time in Sri Lanka. We’re confident we can get two brilliant wins but also mindful of the talent and challenges Sri Lanka will throw at us.”

On the question of England’s best XI, Root indicated that Jos Buttler, who scored only his second Test century in their last outing, against Pakistan at the Ageas Bowl in August, was his preferred choice as wicketkeeper – although with the gruelling nature of England’s trip to the subcontinent likely to enforce greater rotation, Ben Foakes is expected to be given another chance to stake his claim at some stage.

“When it comes to the selections of the teams, we’ll look at the conditions, we’ll consider everything and make a call when we’re out there,” Root said. “What I will say is we’ve got Jos Buttler coming off the back of 150, in probably some of the best form you’ve seen him in in Test cricket. As far as I’m concerned, it will have to be a real unique situation for that to change.

“Jos, as a senior member of the squad in great form, was an integral part of our success in the back end of the summer. I’m really excited for him to carry that form forward.

“For Ben, at some point there is a likelihood that an opportunity might arise in the tour, and when he gets that opportunity he’s got to take it. We can pick a team today or tomorrow – there are so many situations we can find ourselves in between now and that first game, it would be wrong to rule anything out in terms of make-up of that first XI right now.”