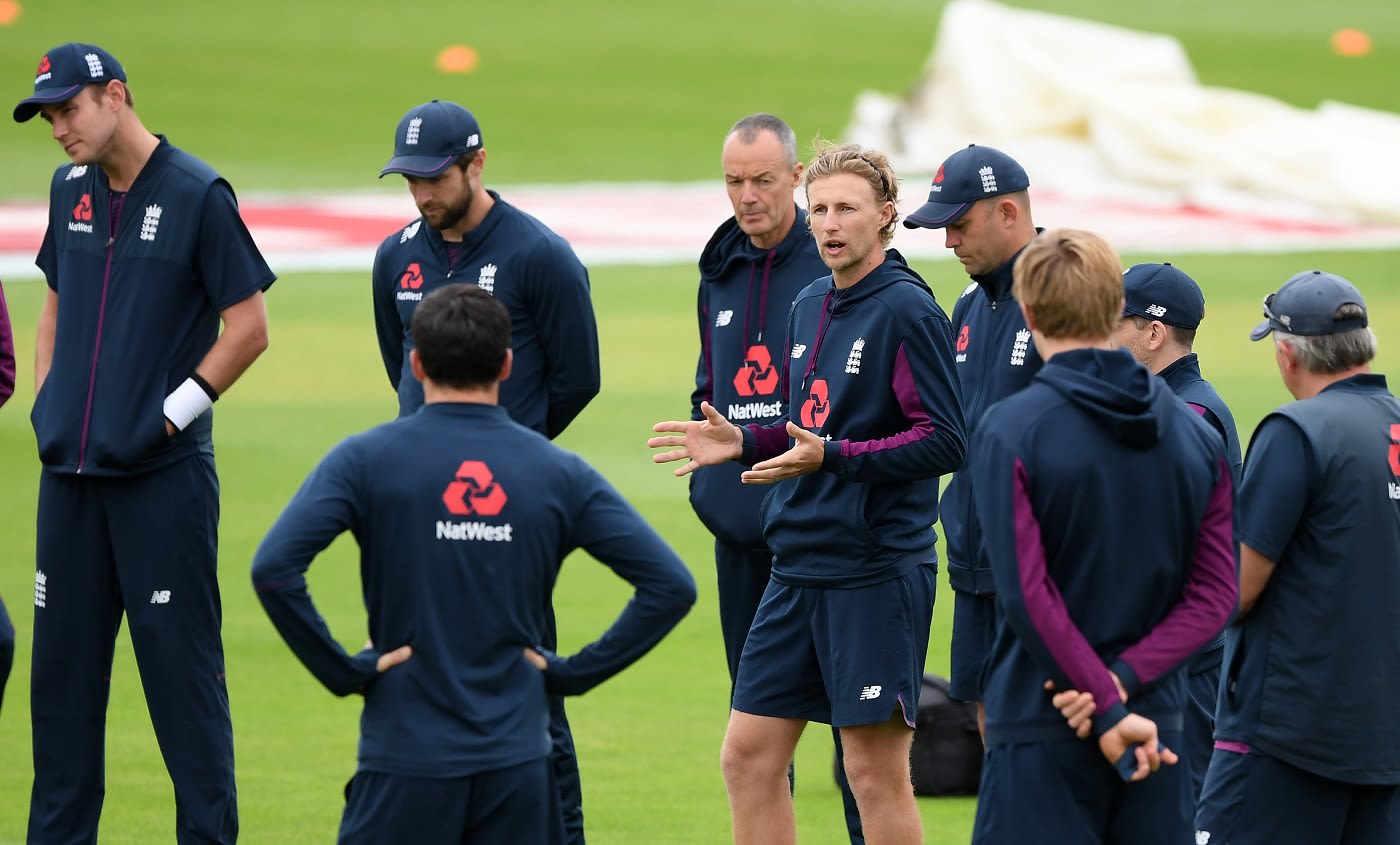 England will have to “manage” the threat of Covid-19 as well as devote extra attention to physical and mental wellbeing on their three-month tour of the subcontinent, according to Test captain Joe Root – and that includes being ready for the possibility of players testing positive.

England’s last two trips overseas have been aborted, in differing circumstances, due to issues related to the coronavirus. They will take a charter flight to Sri Lanka on Saturday after the touring party all returned negative Covid-19 tests. It marks the resumption of a tour that was postponed in March, when England returned home early as the pandemic escalated worldwide, ready to fulfil a two-Test commitment that will be followed by four more Tests in India, as well as ODI and T20I series.

The resumption of life in biosecure environments comes a matter of weeks after the abandonment of England’s ODI series in South Africa. In Cape Town, what Root described as a “domino effect” of positive cases among the South Africa squad, staff at the team hotel, and then England’s party – albeit they were later determined to be false positives – led to the tour being called off on player welfare grounds.

However, with Covid-19 becoming a fact of life – and amid concerns over more transmissible strains of the virus emerging in both the UK and South Africa – Root said the players would continue to be flexible and adaptable while putting their trust in England’s medical staff.

“It’s a really dangerous virus and wherever we will be, we will be in contact with it in some shape or form,” he said. “The reality is, look around the rest of the world, Pakistan in New Zealand, teams have had to deal with cases on tour. That might be the case for us, if so we have to manage it as best as possible.

“South Africa was a very unique situation, a different set of circumstances. It will be different again [in Sri Lanka and India], we’re as best prepared as we can for it and we’re fully aware of what we’re getting ourselves into. Fingers crossed everything goes well, we look after each other, adhere to the rules, stay as safe as possible and play some really good hard Test cricket.

“I don’t think it [a positive test result] will end in an automatic end of the tour. They are decisions that have to be made by the medical staff and the people entrusted in making those decisions. I don’t think it’s a player decision even though guys have the opportunity to opt out if they don’t feel safe. All we’ve got to do is make sure we follow the guidelines as best as possible, if we do that we’ll give ourselves the best chance of that not being a situation. Albeit we know the protocols if something was to happen.”

As part of the ECB’s increased commitment to looking after player wellbeing, which includes plans to appoint a dedicated staff member focused on mental health, the England squad will be accompanied by a psychologist in Sri Lanka. Dr James Bickley has been brought in from Changing Minds, an organisation that aims to “enhance wellbeing and sustain high performance”. His role is distinct from that of the team’s regular sports psychologist, David Young, who is unavailable for the tour.

“There’s going to be a little bit of extra support for the players in terms of a psychologist in the ground at all times, making sure there’s someone to speak to,” Root said. “Everyone is very aware that if at any stage it becomes too much they are entitled to get out and that’s an important thing to remember. As players, as well, you have a responsibility to speak up, not just use the staff but the other guys around you as well. As captain that’s a big part of my role, to make sure people are comfortable in the environment, in a position to be at the top of their game and play Test cricket to the best of their ability.

“It’s important they can say if they don’t feel they’re in the right space physically or mentally to go out and represent their country. Everyone is very aware of that.”

England’s selectors have already signalled that they will look to manage the workload of their multi-format players over the coming months, with Ben Stokes and Jofra Archer rested for Sri Lanka, Rory Burns on paternity leave and Jos Buttler likely to miss a portion of the India tour. With six Tests scheduled in seven-and-a-half weeks, Root said he expected rotation to be a significant factor.

“You look at the amount of cricket on this coming tour and it’s unrealistic for everyone to get through the whole thing. Rotation and rest is going to be an integral part of managing this next phase of games. Not only is the mental welfare of the players really important but physically being able to get through, with so many back-to-back games in those conditions, is going to be a big ask. We are going to have to be quite flexible and adaptable in terms of selection – which is going to create opportunities for people to stand up and stake a claim at certain times through this winter. It’s very exciting and another way we can develop as a squad, in terms of strength in depth.”

Despite an acknowledgement of the bigger picture, Root added that England have not yet given up on forcing their way into contention for the World Test Championship final. They are currently in fourth, trailing Australia, India and New Zealand.

“We know we are not totally best placed at the moment but we have a good opportunity to win games now. All we can do is look after those performances. We almost have to play out of our skin to get into that final but if that is the case then it means we are playing extremely well. Everyone wants to be part of a massive game at Lords against one of the other best teams in the world.”