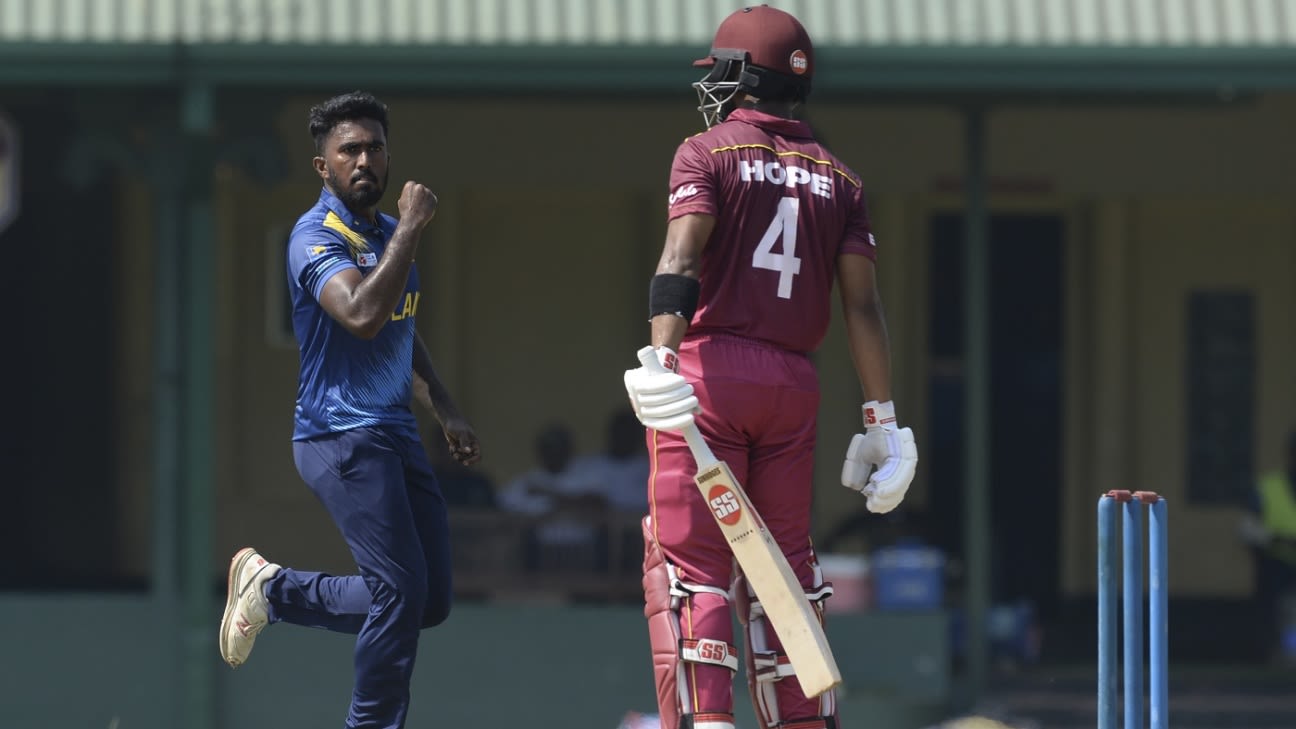 Sri Lanka won the toss and chose to bat first on a green-tinged pitch at The Wanderers.

They made four changes to their side – all of them forced by injury. Batsman Minod Bhanuka and medium-pace bowler Asitha Fernando make their Test debuts, while Lahiru Thirimanne and fast bowler Dushmantha Chameera also come into the XI.

The attack is without Suranga Lakmal, who did not recover from a hamstring strain in time to make the side. This means that none of the seamers in the side have played ten Tests. The batting order is also without Oshada Fernando, who was in the squad with the hope he’d recover from injury in time to play the second Test, but he has not done so either.

Legspinner Wanindu Hasaranga, though, did make the XI. There were some concerns over his fitness after he’d dived on a ball and hurt himself during the first Test.

South Africa, meanwhile, go into this match unchanged – their attack consisting of quicks Lungi Ngidi, Anrich Nortje, Lutho Sipamla and Wiaan Mulder, as well as left-arm spinner Keshav Maharaj. As expected, they chose not to risk Kagiso Rabada as he continues his return to fitness following a groin injury.

They lead the series 1-0 after winning by an innings in Centurion.