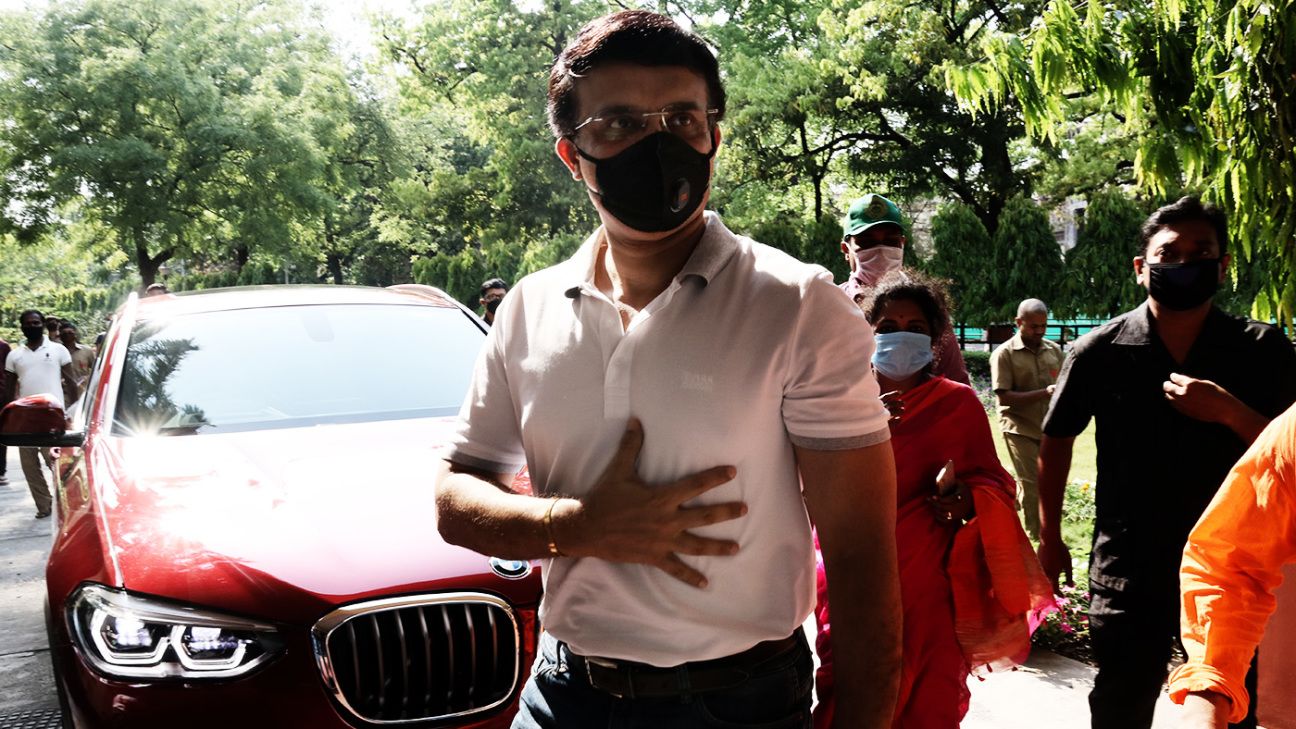 BCCI president Sourav Ganguly has been hospitalised in Kolkata and is undergoing treatment. According to PTI, the former India captain complained of chest pain after a workout session on Friday, and he was taken to a hospital on Saturday.

I wish and pray for the speedy recovery of @SGanguly99. I’ve spoken to his family. Dada is stable and is responding well to the treatment.

Praying for your speedy recovery. Get well soon @SGanguly99

After attending the BCCI AGM recently in Ahmedabad, Ganguly had returned to Kolkata and visited Eden Gardens earlier this week to discuss the preparations for the upcoming Syed Mushtaq Ali Trophy – India’s domestic T20 competition – with Cricket Association of Bengal (CAB) president Avishek Dalmiya and secretary Snehashish Ganguly, who is also Sourav’s brother.