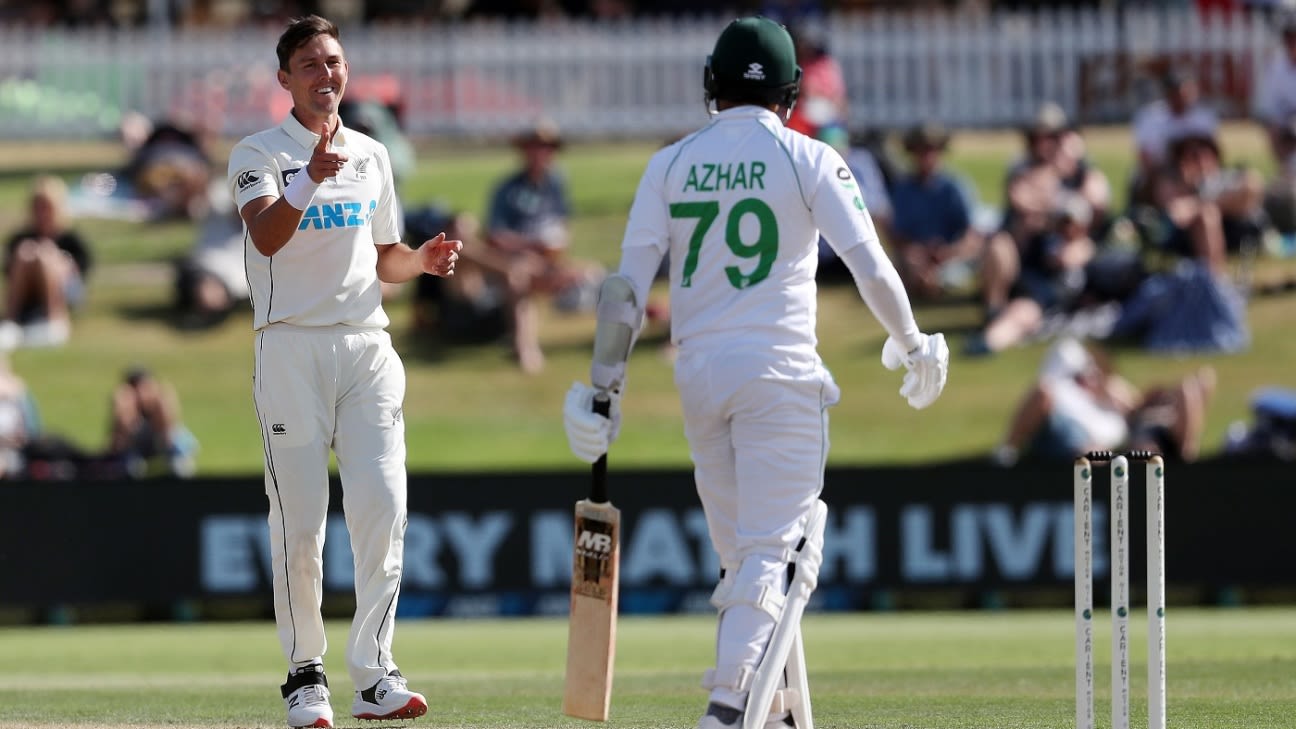 Mohammad Rizwan will continue to lead Pakistan; New Zealand will be without Neil Wagner

New Zealand has to be one of the toughest countries to tour in recent times. Last time a visiting team won a Test in New Zealand was in March 2017. That was also the last time New Zealand failed to win a Test series at home. With that as the backdrop, combined with the fact they just trounced West Indies by an innings in successive Tests, New Zealand were always the favourites against Pakistan.

That Pakistan almost eked out a draw in the first Test must have boosted their confidence. But they suffered a setback on Saturday when Babar Azam was ruled out of the second Test as well. Mohammad Rizwan will once again lead the side under whom Pakistan had shown great fight in Mount Maunganui, but if the visitors want to draw the series, they will require their top order to step up.

New Zealand, on the other hand, will have an eye on the future. A win here will strengthen their chances of qualifying for the World Test Championship final at Lord’s next year. More immediately, they can claim the top spot in the ICC Test rankings if they beat Pakistan 2-0, even if that changes after the Australia-India series concludes.

What works in New Zealand’s favour is they know their home conditions too well. Against West Indies, Tom Latham gave a masterclass in opening the batting in the country, and in the last Test, their bowlers showed how to hunt as a pack and bowl a side out on the fifth day in New Zealand. Having said that, the team that comes out on top in Christchurch will be the one that can stay in the present the most.

Kane Williamson tries his best to avoid the limelight, but it will not be easy for him to stay invisible in the middle. Not only is he the fulcrum of New Zealand’s batting but also the No. 1-ranked batsman in Test cricket. Given his recent form – he has scores of 129, 21 and 251 in his last three innings – dismissing Williamson early will be half the battle won, no matter how much one says New Zealand don’t rely on one player.

After a Barnes-esque start to his career, Mohammad Abbas‘ form has nosedived. In his last 12 Tests, he has picked up only 23 wickets at an average of 38.91 and a strike rate of 99.5. While pitches in New Zealand are generally conducive to seam bowling, particularly in the first innings, Abbas bagged just two wickets in 42 overs in the first Test. If Pakistan have to level the series, Abbas will need to deliver with the new ball.

New Zealand are once again likely to go with a four-pronged pace attack, with Mitchell Santner as the lone spinner. That means Matt Henry should replace Neil Wagner, who has been ruled out because of two fractured toes.

With Azam still not fit, Pakistan may go with an unchanged XI.

The pitch at the Hagley Oval tends to help bowlers on the first couple of days before the moisture dries off and batting becomes easier on the last day. The weather is expected to be windy and cloudy for the duration of the Test with scattered showers forecasted on the fifth day.