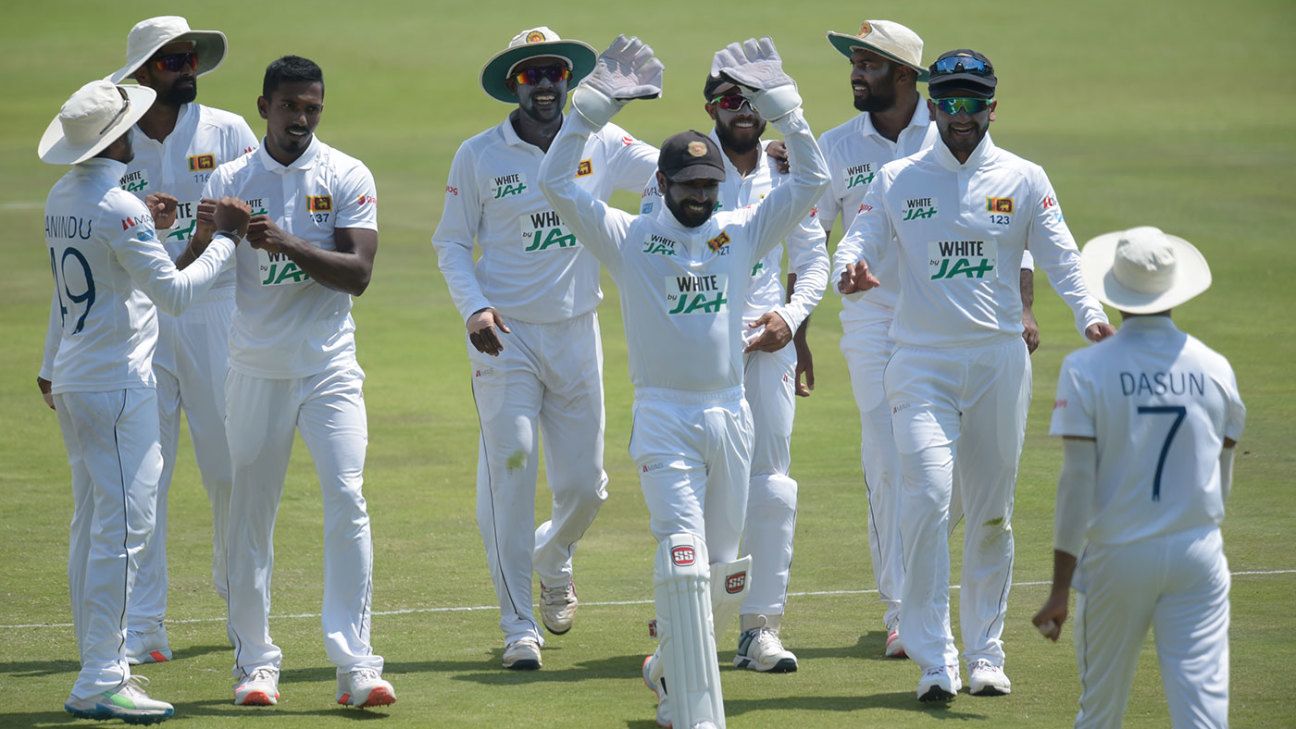 Dimuth Karunaratne‘s seam attack has been decimated by injury. But he’s confident (or at least he’s hoping) that despite his bowlers’ inexperience, their hunger to earn a more stable place in the team will translate to good results for Sri Lanka at The Wanderers.

There was a slim chance Suranga Lakmal would be cleared to play this game, but as he failed a fitness test on Friday, that seems unlikely. The most likely seam attack will comprise of fast bowler Dushmantha Chameera, left-arm swing bowler Vishwa Fernando, medium pacer Asitha Fernando, and fourth seamer Dasun Shanaka. None of these bowlers have played 10 Tests. Asitha Fernando would be on debut.

“You can’t play in your comfort zone all the time, and it’s a good opportunity for me and the players who will play to show what they’ve got,” Karunaratne said on the eve of the Test. “It’s going to be a challenge for me to work out how to utilise this inexperienced side.

“The players who will likely play – Chameera, Vishwa, Asitha and Shanaka – are all players who have been waiting for this opportunity for a long time. They have a fast bowlers’ wicket to bowl on, which has got a lot of bounce and seam. I think they’ll relish this chance, and they’ll have the opportunity to firm up a place in the Test side if they do well.”

The batting too, has been depleted by injuries, and Sri Lanka are likely to have another debutant – Minod Bhanuka – bat in the middle order. Sri Lanka had not had a full-strength side in 2019 either, but on that tour, had managed to win both matches, albeit on the much slower surfaces in Durban and Port Elizabeth. Just like for this match, Sri Lanka were without their two most experienced batsmen – Angelo Mathews and Dinesh Chandimal.

“We’ve got some good youngsters who have done well in domestic cricket in Sri Lanka,” Karunaratne said. “We’ll need to be competitive every day and every session to win the match. In the last series, we didn’t have the senior players like Chandimal or Angelo. I still believe we can do it.”

The first Test was also a personal disappointment for Karunaratne, who scored 22 and 6. If Sri Lanka are to be competitive at the Wanderers, they will likely need Karunaratne to turn around his record in South Africa. So far, after 12 innings in the country, he has made just one half-century.

“Although I’ve played Tests in South Africa before, I didn’t have a lot of confidence in the first Test,” He said. “And I’m coming into this series after a break of about eight or nine months. Since playing against West Indies (in February), I haven’t been able to play any competitive cricket. I couldn’t play any domestic cricket either.

“There’s a bit of nervousness, and I have to find a way to get rid of that. That can happen to anyone. Until I get back amongst the runs I will have that nervousness. I need to make a plan for the first 10 or 15 overs.

“It’s not easy – everyone finds these conditions difficult. But I’ve worked hard with Grant Flower, and I’m hopeful I can do the job for the team.”