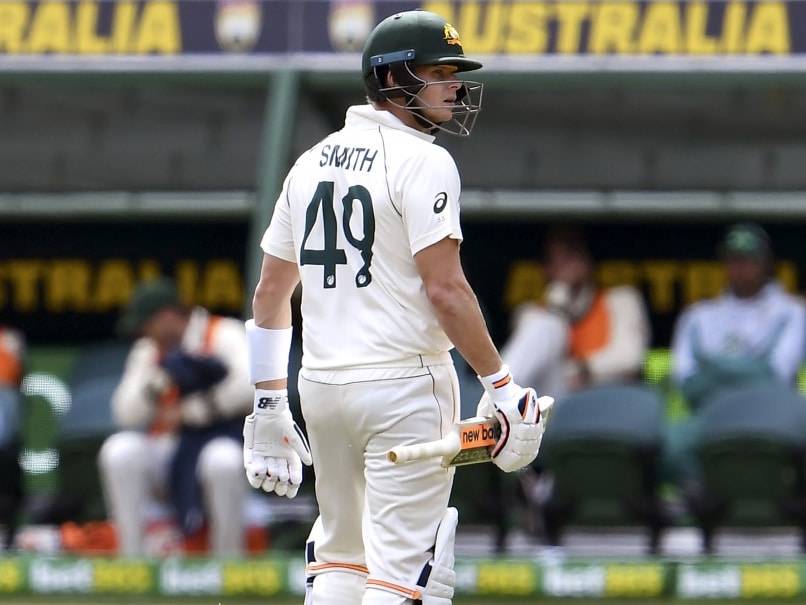 Once in a while, everyone is allowed a bit of slump in form and Steve Smith is no exception, feels David Warner, who can relate to his former skipper’s woes against India having endured a similarly wretched run during the 2019 Ashes. Smith has been in horrible form in the ongoing series with Ravichandran Ashwin removing him twice and Jasprit Bumrah once. But Warner believes that it’s more about India bowling well then anything lacking in Smith’s approach as he has left no stone unturned in terms of preparation.

“Steve Smith has been recently knocked off by Kane Williamson as best batter in the world (ICC ranking) but if you look at his numbers, he still averages over 60. Everyone is allowed to have a bit of lack of form and I saw that myself when I was in England (Ashes 2019),” Warner said in a virtual news conference on Saturday. He believes that if faced with a good ball, any batsman can get out.

“On a day, if you have your name on that delivery, it is what it is and you can’t do anything about it.”

“As you can see that it’s not due to lack of preparation as the guy (Smith) doesn’t get out of nets. He works off his backside all the time.”

For Warner, the 84 Test experience that he possesses has taught him one thing — the intent and aggression should always be pre-meditated if one wants to unsettle the opposition.

“My 84 Test matches have always been about pre-meditated attacks and it doesn’t change for me but it’s about how the team looks at it. When I talk about intent, I mean by putting pressure back on the bowlers not just by swinging the bat.”

“There are other ways of showing intent which could lead them into bowling those odd full-pitched balls and short of length balls which you can pull or cut. That’s what I talk about when I talk about putting pressure on bowlers.”

What Warner has observed is that both Indian and Australian batsmen, for the better part, have allowed rival bowlers to gain the upper hand.

“If you allow very good attacks, which both these teams have, to dictate their terms, without applying pressure, then it becomes difficult to score. Both teams have lacked a bit of fluency at the top in two Tests.”

“You need to show that intent in loud calling, shoulders are back, you are in the bowlers’ face, unsettle their line and length and I am speaking from experience.”

Warner has observed that Australia, in the first two games (one of which they won), didn’t do simple things like “tap and run” which does create pressure on the opposition.

“Lengths are key to Australian wickets and they have been hitting some nice lengths as I heard from some of the guys. Drive on the up and drop and run and apply that pressure, some of that was missing.”

“You can’t allow great attacks to dictate terms to you as batsmen. It has its challenges by all means but you have got to play outside the square (out of box) and be a little bit brave,” he said.

“I would rather go out there swinging than sitting back on the crease. If I am able to go out there, I will try and have that intent like I always have,” Warner made it clear.

The flamboyant batsman has often spoken about the bio-bubble fatigue and even though the groin injury happened at an inopportune time, Warner counts it as a blessing as it helped him spend some time with his young family.

At the end of this series, we get a couple of weeks off, if we are not playing the BBL and then back in the bubble.

“How long we don’t know and if we have that vaccine coming along, then we will have a lot of things in the air,” he sounded hopeful.

Talk about pressure on him after Australia’s defeat, Warner dispatched questions on any such apprehensions with the same disdain with which he often dispatches poor deliveries in Test matches.

“No pressure on myself. I know what I have to do and I have had confidence to deliver every time I walk out to bat for Australia.”